Seven Staffers Who Got Away...

It's always sad when talented employees decide to leave. The only consolation is they have a tendency to move on to other amazing things. And we can say we knew them when... Plenty of Seven Dayzers have gone on to greatness, but here's a small sampling of their adventures and accomplishments:

Since he left Seven Days, Lars has worked on and off as art director of Phish's visual design department. He's masterminded the performance art, sculpture and supporting architecture at 10 Phish shows — most recently the Magnaball in Watkins Glen, N.Y. Between productions, Lars got an MFA from Columbia University, established two artist-in-residency programs in Vermont and spent seven years as manager of Socrates Sculpture Park in Queens, where he transformed five shipping containers into a house on the grounds. For the past two decades, Lars has continued to make art, including his iconic large "ball" sculptures. One is at Burlington's Union Station; two are on High Street in Boston; yet another is at the deCordova Sculpture Park and Museum in Lincoln, Mass. He's got an upcoming solo exhibition at Manhattan's Marlborough Gallery. Lars lives in Brooklyn with his girlfriend and three feral cats.

Samantha only wrote one or two stories for Seven Days — she was an awesome designer — but she's made a name for herself in the literary world. She left Vermont for New York City, where she landed a design job at the Village Voice. By the time she left there, in 2003, to start teaching at Pratt Institute, McSweeney's had published three of her stories. In 2004, Samantha's first novel, The Seas, won a National Book Award for writers under 35. Four years later came The Invention of Everything Else, a novel about the later years of inventor Nikola Tesla. The book was a finalist for the United Kingdom's prestigious Orange Prize, now known as the Baileys Women's Prize for Fiction. Samantha has been published in the New Yorker, the New York Times and New York magazine. Her work has been featured on "This American Life," "Studio 360" and WNYC's "Selected Shorts," as well as at the PEN/Faulkner Reading Series, Seattle's Bumbershoot Festival and BAM's Next Wave Festival. Her new novel, Mr. Splitfoot, is forthcoming, along with a collection of stories titled Beast. She has three daughters with journalist Joe Hagan.

It's hard to imagine Jim Lockridge devoting creative energy to anything other than Big Heavy World — the nonprofit he founded in 1996 to document, promote and inspire the Vermont music community. But in the early days, he designed Seven Days — and was so fast and talented that we tried everything humanly possible to keep him in the art director chair. But BHW was his calling, and Jim has since dedicated his life to "growing a group of volunteering teens in the living room of a band house into an independent grassroots music office that helps Vermont get the credit it deserves for its deeply talented and diverse music community," as he puts it. His day job is in highway safety, at the Youth Safety Council of Vermont and the Vermont Highway Safety Alliance. He and his wife, Victoria St. John, have a 14-year-old daughter, five cats, two dogs and a big lizard.

The former Bag of Panties bassist left Seven Days in 2000 to join his bandmates in Brooklyn. There he worked a series of humiliating jobs before he found a better one at the Village Voice, coordinating marketing and promotions. In 2003, Glenn had the "dumb luck" to land a marketing manager position at the Onion. "For six years, I worked one wall away from the greatest comedy writers of our modern times," he recalls, noting Aziz Ansari was his intern. Glenn is now e-commerce director for Brooklyn Brewery and coproducer of the Found Footage Festival, which showcases videos found at garage sales and thrift stores and in warehouses and Dumpsters throughout North America. He lives in Brooklyn with his wife, Hellene London, and their 2-year-old son, Auggie.

Casey left Seven Days to do battle in Washington, D.C., on behalf of musicians and other creative types at the Future of Music Coalition. In eight years there — the last three as CEO — he has become an expert on intellectual property law, technology policy and the world of nonprofits. As such, he's a regular commentator on the impact of technology on creators in media outlets such as NPR, the Washington Post, New York Times, Politico, Billboard, the Los Angeles Times and the Hill. Casey even gets to testify before Congress from time to time — occasions when he begrudgingly wears a suit. Casey designed and teaches an original course on disruption and reinvention in the creative industries at Georgetown University's graduate school, and is on the faculty at Berklee College of Music. He's president of the nonprofit National Alliance for Media Arts and Culture and still serves on the board of Vermont’s own Big Heavy World. Casey lives with his wife, Faith Swords, in a house with more guitars than people, and is teaching his 5-year-old stepdaughter to play drums. 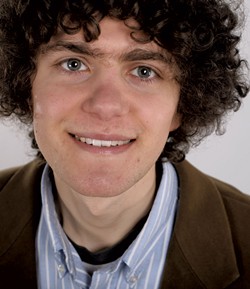 Mike started freelancing for Seven Days while still a student at Middlebury College. The Monday after he graduated, he joined the staff as a news writer. He threw himself into the environmental beat and made a habit of staying up all night to write big stories. He left Seven Days in May 2009, moved to Vietnam, and later began freelancing for the Associated Press. He now writes regularly for the New York Times and is the Vietnam correspondent for the Economist. His work has also appeared in the Washington Post, the Los Angeles Times and more than a dozen other publications. Mike writes about travel, politics, business, food, health, environment, architecture, real estate and the arts. He has reported for the Times from nine countries, and his newspaper and magazine assignments have taken him to such varied places as a refugee camp in Myanmar and a walnut forest in Kyrgyzstan. He's engaged to fellow journo Cat Barton. They met at a press conference.

Anne was never on staff at Seven Days, but she was a regular freelancer for more than a decade — mostly contributing reviews and features about visual arts. During that time, she worked full-time writing and editing at the Rutland Herald and the Barre-Montpelier Times Argus — early indicators that she had the work ethic and juggling skills to create her own "publication." When the Times Argus laid her off in 2009, Anne started VTDigger.org, Vermont's online-only news source. Six years later, it employs 10 on an annual budget of $736,000, and the site averages 140,000 unique or individual readers per month. Anne and her husband, Patrick Kane, live in East Hardwick and have two grown children.

The original print version of this article was headlined "Seven Who Got Away..."