Seven Spots for Bites and Sips During Art Hop 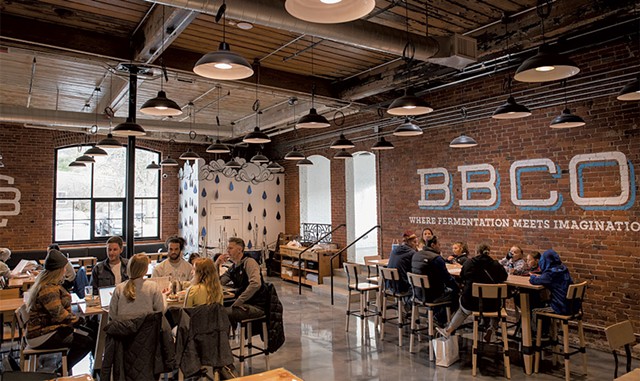 Need a nosh or a quaff to fuel your South End Art Hop explorations? Here's a sampling of the comestible creativity offered by seven destinations along Flynn Avenue and Pine Street.

Double your fun with gose barbecue-sauced chicken wings and a glass of Burlington Beer's prickly pear and pink guava gose at its taproom, or grab a sausage and a brew from the outdoor Art Hop tent in the parking lot. 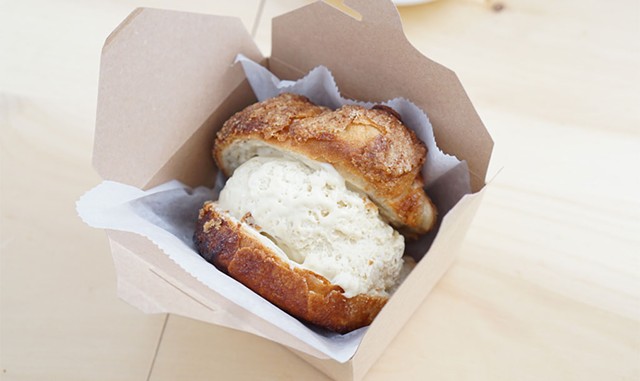 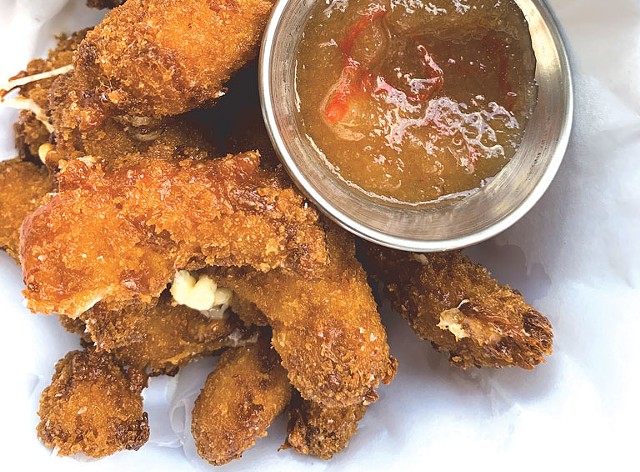 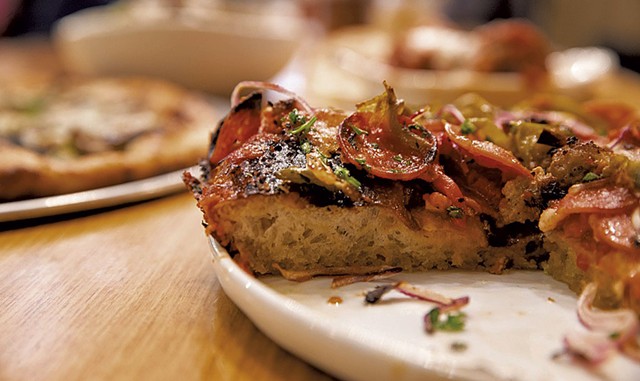 Pair a Pizza 44 deep-dish pie with a fresh pint from its neighbor, Queen City Brewery.

Pop into Scout for flash-chilled iced coffee and a scoop of housemade ice cream, such as apricot and bitter almond.

Share a pile of gravy-soaked, cheese-laden poutine and a cider flight at Citizen Cider's pub.

7. Four Corners of the Earth

Bring greenbacks and an open mind to subterranean Four Corners of the Earth, which accepts only cash for unique sandwiches such as Egyptian grilled eggplant with honey and cheddar.

The original print version of this article was headlined "Hungry Bunny"