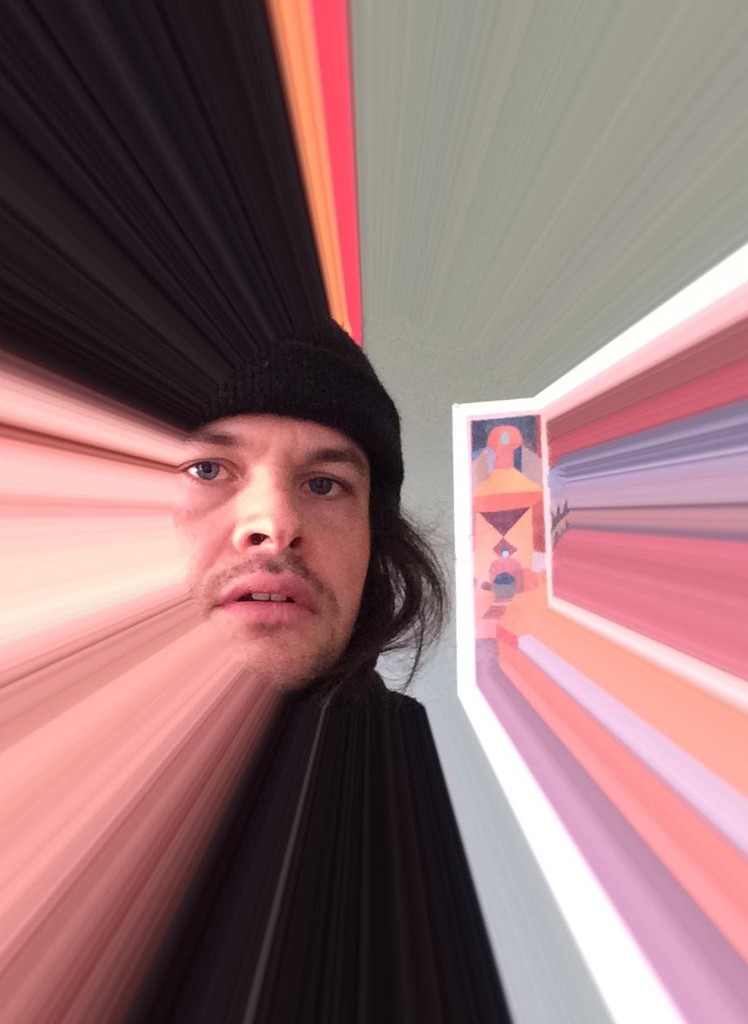 Chris Weisman's latest record, The Holy Life That's Coming, moves gently, much like the changing seasons that were its inspiration. Winter in particular was the Brattleboro-based songwriter's great muse, and his new album is like a window on a frozen world. But it's an opaque window, covered with icy tendrils of frost that obscure a clear view. And which side of that window the listener is on — whether cozy and warm inside or left bare against the elements — can change from song to song.

Weisman is a prolific recording artist. Though he's perhaps best known for his time with the Brattleboro garage-pop band Happy Birthday, he has at least 14 solo albums to his credit since 2009 — including the 88-song opus Maya Properties, which he released on YouTube in 2012. More, almost certainly, are kicking around.

But Weisman is also something of a hermit. He generally avoids the spotlight, rarely performs live and even more rarely provides the public with insight into his art. Instead, Weisman prefers to make music, almost constantly, from his "Beatleboro" home in southern Vermont. And when he does, he generally prefers to record it using little more than a cassette four-track recorder.

Weisman's music is often just as spare. THLTC seldom features anything more than Weisman's voice and steel-string guitar. The occasional fleeting trickle of keyboard is the only ornamental sound.

But as simple as these songs appear on the surface, they are complex and delicately intricate underneath. Weisman is a devout Beatles acolyte; melodically, the influences of Lennon/McCartney overtly inform his pop sensibility. He is also a deeply knowledgeable student of jazz. While few of the pop suites on his record breach the three-minute threshold, Weisman's music has a subversive quality — in his fractured melodic structures and his observational lyrics — that can be traced to jazz experimentation.

Recently, Seven Days interviewed Weisman via email about his new record, which was released on February 24 on formerly Burlington-based label NNA Tapes. Perhaps predictably, his answers were brief, idiosyncratic and a little mysterious. In other words, a lot like his songs.

SEVEN DAYS: You're known to record with an intentionally sparse setup. (The press release from NNA Tapes describes you as "militantly adhering to a limited palette.") Does a certain kind of freedom evolve from working within such rigid technical constraints?


CHRIS WEISMAN: Everything you add also takes away. The surface is already completely rich.

SD: A number of instances on the new record remind me of Ryan Power's early recordings. I know you guys are old friends, so how would you say you've influenced each other musically?


CW: I wanted to go to a weirdo private school. I got into Hampshire, but my parents couldn't afford it. I ended up at [the University of New Hampshire], where my father teaches chemistry. It was not a downer: Ryan Power was there. He is my brother, and I would give my life for his. I think especially the opening track, "Thorn," sounds like Ryan — his long-tone melody language, the chords, childhood trauma.

SD: In a 2010 story for Seven Days, you talked about reconciling your interests in jazz and pop. The songwriting on THLTC is, at least on the surface, pop oriented. But there's a subtle undercurrent of jazz subversion throughout. Have you become more comfortable allowing those divergent influences to coexist?


CW: I don't know what's jazz and what's singsong anymore. It all sounds like winter branches to me.

SD: What (or perhaps, who) are "backpack people"?

SD: Lyrically, what were some of the more significant inspirations you drew from?


CW: GZA, Liquid Swords. And Chaos Isn't Single, the album that comes after Holy Life — that's coming out on Hidden Temple [Tapes] in May. :)

SD: Whenever I speak to artists from the Brattleboro area, I ask why that town has such a high concentration of unusual music. I've heard some pretty good answers over the years, my favorite being that there are crystals in the bedrock that resonate upward and create a fertile aura for weirdness and creativity. So, Chris, what do you think? Why is Brattleboro such a hub for unique art?


CW: The mountain: Wantastiquet. It means "people of the lonely way."

The Holy Life That's Coming by Chris Weisman is available at nnatapes.com.

The original print version of this article was headlined "Seasonally Affective"