Attention, shoppers: You have just one more week to wrap up the holiday gift thing. For the last three weeks we’ve been trying to help, sharing our own wish lists for inspiration, but if you have lingering consumer conundrums, here’s our last shot. This time our theme is Nest — stuff for the home or garden. Have at it, and happy remaining holidays!

It’s so hard to decide on just one item at my favorite culinary boutique, Chef Contos Kitchen & Store in Shelburne. That’s why I’m asking Santa for a roundup of hard-to-find items, including a spaetzle board, smoked chocolate chips and an adorable wooden, pig-shaped bowl. I wouldn’t say no to a cooking class, either. Prices vary. chefcontos.com

OK, this one’s for my wife. When plantin’ season comes around, we’d like to start a garden that we can take with us if we need to. She’s had her eye on some fancy, attractive galvanized-metal troughs at Gardener’s Supply that can be used for planting and, as a bonus, can be arranged in a number of configurations. Apparently, this is a thing on Pinterest. $199. gardeners.com

You know how I loathe fluorescent light, Santa baby, so hurry down to Lampscapes in White River Junction. Ken Blaisdell fashions lamps from found industrial objects and tops them with shades he paints by hand. The one I want to light up my nest features a ball-bearing base and a shade showing the gentle folds of the Connecticut River Valley. It’s $160, but the budget-conscious could pick up just a custom shade for as little as $40. lampscapes.com

My go-to destination for all things “nest” is Clementine, a sweet little shop in downtown Middlebury that peddles the pretty and the practical. Right now my go-to gift is a linen tea towel ($28) designed, sewn and printed in Vermont. Tucked into a gift bag with a bottle of wine or a Middlebury Chocolates bar ($7.25), these towels would make a great gift for newlyweds, housewarmings or holiday hostesses — in addition to me. clementinestore.com

Though the summer months seem like a lifetime away during the bleak winter, a gift to remind us of warmer days is just the thing to stave off seasonal affective disorder. As I’ve long said, summer is a state of mind. So I’d like a hammock from the Vermont Hammock Company in East Corinth. Sure, I won’t be able to use it until May. But every time I look at it, I’ll think warm thoughts of sunny afternoons lounging with a good book and a cold drink. $285. vermonthammock.com

With a longer half-life than plutonium, an old pair of skis is a gift that keeps on giving. The diehard shredder can use them to make turns on a big sand dune in summer. The hard partier can glue down a line of shot glasses to create the (in)famous shotski. Good Samaritans can donate them to a ski swap. Me, I’ve always wanted a coatrack, so I’m asking for one made of old planks from Green Mountain Ski Furniture in Waterbury. $49. recycledskis.com

For me, home is where the art is. I’ve been collecting Vermont artists for several years now … and have run out of wall space. So this time I’m getting an artful gift for a special friend who is crazy about dogs. But I don’t want to say which one ’cause that would spoil my surprise. Let’s just say we’re talking a Stephen Huneck print featuring adorable pups. $75 to $250. Available at the Stephen Huneck Gallery in St. Johnsbury (dogmt.com) and other galleries and craft shops around Vermont. At Frog Hollow in Burlington, proceeds from purchases benefit the late artist’s Dog Mountain and Dog Chapel. froghollow.org

When I emerge from beneath two flannel-covered comforters on winter mornings, one of the first things I want to know is the outside temperature. You know, so I can determine whether to wear one sweater or six of them. It’s too complicated to look up the weather online when I’ve barely opened my eyes, and heaven forbid I should open the front door. So what I want is an outdoor thermometer that I can mount right outside my bedroom window. Gardener’s Supply carries one that even doubles as a bird feeder, so I could lie in bed and watch the birds on days when I don’t have to get up. $49.95. gardeners.com

I’m living the Burlington dream, by which I mean living in a too-small apartment with college-bro neighbors who major in partying. Our nest doesn’t need more knickknacks when we’re counting down the days to our lease’s end, but Santa says I shouldn’t expect to find a down payment on a swag waterfront condo in my stocking. So I’m asking for a few hours with Local Muscle Movers to help get our stuff to the next apartment — which definitely won’t be in the student ghetto. $75 or $85 per hour. localmusclemovers.com 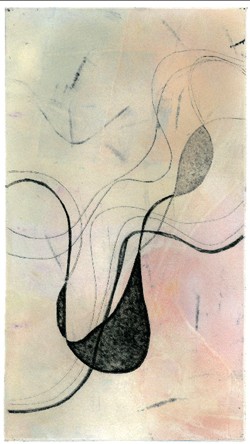 Prints are more otherworldly than almost any other medium, I think, even though making them can be gritty and laborious. I’ll probably get some socks and wine gear this Christmas, but I secretly covet the gorgeous prints for sale at White River Junction’s Two Rivers Printmaking — a monotype or collagraph, either would do. From $40. tworiversprintmaking.com

I’m no cook, just the guy in our house who assembles the salads, slices open hard butternut squashes and debones raw chicken. But for me, nothing is more empowering in the kitchen than standing at the counter with a chef’s knife that’s so sharp I can cut a cucumber thin enough to read through. Sure, a steel helps, but for this holiday season, I’d love an electric knife sharpener that eliminates all the guesswork. Kiss the Cook in Burlington carries two by Chef’s Choice. One, for $59.99, works exclusively on European-style kitchen knives. But if my secret Santa feels especially flush this year, I’d prefer the higher-end model, for $169.99, which works on European and Asian kitchen knives, serrated blades and even pocket knives. kissthecook.net

I have a friend who constantly complains that her dog gets on her furniture. Don’t punish the pooch, I say — incentivize him with his own cozy bed that will eliminate the temptation to park on her favorite spots. My black Lab, Tank, adores his Round Orvis dog’s nest, where he rests as I write this. Available at Orvis in Manchester. $60 and $100. orvis.com