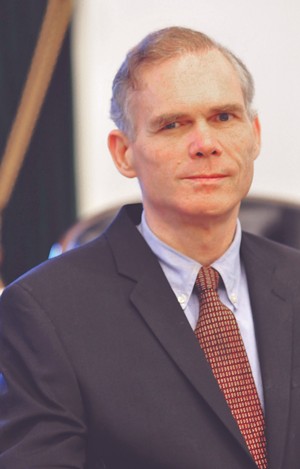 State Senator Ed Flanagan is back in the news again today. From today's "Fair Game," by Shay Totten:

Back in May, Seven Days published a controversial cover story about Democratic Chittenden County Senator Ed Flanagan. In the article, entitled “Continuing Ed,” staff writer Ken Picard chronicled Flanagan’s peculiar behavior under the Golden Dome — from sorting candies on his committee room desk to laying prone on the floor — in the wake of a traumatic brain injury he suffered in 2005. The article raised questions about Flanagan’s ability to serve effectively as a lawmaker.

Two months later, Flanagan announced his intention to run for lieutenant governor in 2010.

WPTZ did a piece on it, too, featuring an interview with Flanagan, and YMCA president and CEO Mary Burns.