Sen. Patrick Leahy Exhibits His Photos From a Political Life 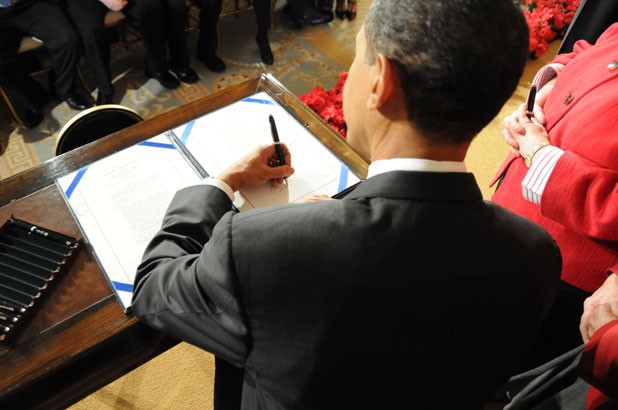 Sen. Patrick Leahy displays, on his own website, a digital gallery of photographs taken since 2008 — though he has, by his own recollection, wielded a camera “since age 4 or 5.” The senator is now 72. His shutterbug habit has been noted numerous times in Vermont’s media outlets, including this one. He’s had photos of momentous events published in such august publications as the New York Times. So why would Leahy bother with mounting a local exhibit, like the one that opened last Wednesday at the Supreme Court Lobby in Montpelier? Perhaps because Vermont’s senior senator likes to tell stories — particularly to his constituents back home.

Leahy attended the reception in person, and, though his hoarse voice suggested exhaustion, he gamely related the anecdotes behind many of his images, here neatly framed and mostly in color. He brought to life the moments when he encountered a Tibetan native in China revealing a clandestine picture of the Dalai Lama; when former secretary of state Madeleine Albright and (now late) Gen. John Shalikashvili “slept together” — sitting up and leaning against each other on a cargo plane headed to Bosnia; when former president Bill Clinton hosted the Eagles (the band, not the football team) at Camp David; when President Barack Obama signed into law the Lilly Ledbetter Fair Pay Restoration Act, in January 2009. That was Obama’s very first bill signing, and it was legislation that Leahy had worked on. The senator’s role is subtly implied by his position standing behind the president; his camera captures Obama reaching for a pen, the bill spread out before him, and the smiling crowd beyond.

Leahy told the assembled media, “When I’m witnessing an important moment in history, I appreciate the opportunity [to take a photo], but it also helps me remember.”

He’s got a lot of memories to keep track of. From refugee camps to the White House, Beijing to the Middle East, Leahy’s photographs reflect a life not only behind the lens but smack in the middle of current events, at home and around the world. Especially, of course, in Washington, D.C., where Leahy has represented Vermont since 1974. He is chair of the Senate Judiciary Committee, the most senior member of the Appropriations Committee and a senior member of the Agriculture Committee. His increased security detail last week quietly underscored the senator’s recent elevation in status: With the passing of long-serving senator Daniel Inouye of Hawaii, Leahy was sworn in as president pro tempore of the Senate, making him third in line behind the president of the United States. For a guy from Montpelier, Vt., a notorious Deadhead and Batman fan, that’s a mighty big deal.

But at the Supreme Court Lobby last week, Leahy showed no sign of being puffed up with his stature; he was more interested in showing what his camera had captured. And he joked about the title of the show, “The Eye of Senator Leahy,” which may or may not have been an intentional reference to the fact that he has vision in only one eye.

While Leahy’s images could not be called art photography — some are simply capable snapshots — he has, without doubt, artistic vision in that eye. His compositions are strong, and his instincts about the precise moment to document an event are right on. This is evident in a shot taken at the second inaugural of President Ronald Reagan, held indoors because of inclement weather. In Leahy’s picture, the president is on the left, hand on Bible, facing Chief Justice Warren Burger. In the middle is Nancy Reagan, in a bright-blue suit and hat with an intriguingly pensive look on her face. We can’t know what she’s thinking, of course, but that expression takes center stage in this image.

In an image even more rife with visual significance, Leahy photographed president-elect Obama bidding adieu to the Democratic caucus a week before moving to the White House in January 2009. In the composition, Obama is in the lower left foreground; seen from the waist up, he gazes to the left with the index finger of his left hand on the pinky of his right — perhaps beginning to enumerate his goals as president? High overhead and slightly to the right in this image hangs a large, gilt-framed portrait of George Washington on a wood-paneled wall. The 44th American president is a black man; the first one was a slaveholder. Leahy’s focus here is less the two men than the physical, and symbolic, distance between them.

Many of Leahy’s photos are serious in content, not surprising given his placement in U.S. government. But even this milieu has its lighter moments. One of them came during the presidential administration of George H.W. Bush. Leahy explained last week that he promised the photo with the president wearing a Mickey Mouse hat would not be made public while Bush Sr. was still in office. Now it is. And you can see it, along with 50 other images, at the Vermont Supreme Court Lobby through February 28.

At the reception, someone asked Leahy whether he considers himself a talented photographer. Said Vermont’s esteemed senator: “I think I’m a photographer who has a great deal of fun.”