Seminars Aim to Help Vermonters Get Their Italian Citizenship 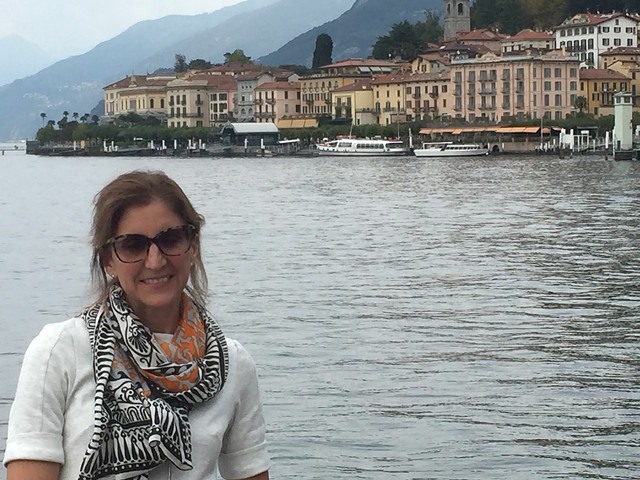 When Lisa DeNatale set out to obtain Italian citizenship based on her Sicilian lineage, things got complicated fast.

Non-Italians can obtain citizenship if an ancestor was born in Italy, even one as far back as great-great-grandparents. DeNatale's paternal grandparents, for instance, were born in Sicily and came over to the U.S. in the early 1900s.

But the rules for proving that connection are byzantine. Would-be Italians must track down birth, death and marriage certificates that might have been recorded on paper decades or even a century ago, and disqualifying exceptions abound.

DeNatale started her citizenship odyssey in 2019, and she’s still at it. Her application, filed in March at the Italian consulate in Boston, is now being reviewed in Rome.

Last year, she decided to use her experience to help other Vermonters who have been yearning for a closer connection to the nazione of their ancestors. DeNatale, who is president of the Vermont Italian Cultural Association, started holding Zoom classes in 2021 with some genealogy experts to guide Vermonters on their journey.

Aspiring Italians of all ages were interested from the start, DeNatale said. About 75 people have taken part in each of the association’s five citizenship seminars so far.

Some who sign up, she said, are Vermonters who would like to own property in Italy or want to work or study there. A few have mentioned they’d like to have a place to go if the political situation becomes uncomfortable in the U.S.

And “for some of us, we’re doing it to honor our ancestors,” said DeNatale, a retired Burlington resident who formerly served as president of Special Olympics Vermont. She travels to Italy two or three times a year.

The U.S. naturalization process involves a test, with questions such as, “What are two rights in the Declaration of Independence?” (There are three: life, liberty and the pursuit of happiness.) There’s no such test to become an Italian citizen, except the test of patience for applicants who must track down paper documents, decipher the eligibility rules and meet with officials.

When she set out to gather the family paperwork she’d need to submit with her application, DeNatale learned that her mother’s name, given to an official by her Albanian-speaking grandparents when they arrived in the U.S., had been recorded as “Alan” instead of “Ellen.”

That required a trip — with her 93-year-old mother — to the Boston office of the Registry of Vital Records and Statistics to legally change her birth certificate.

“Have you ever tried to navigate Boston City Hall with a nonagenarian?” DeNatale wrote in an essay about her quest on the association’s website.

It's even more difficult for DeNatale’s husband, who wants to become a citizen, too. Without Italian ancestors of his own, he must gain at least an intermediate level of Italian proficiency to apply through his spouse.

Other complications: While the bloodlines you trace can go back as many generations as you need, you can’t claim to be Italian unless your ancestor migrated after Italy became a nation in 1861. There’s also an obscure proviso called the 1948 Rule, the subject of countless online FAQs, that defines when and where bloodlines can be claimed through female ancestors.

“It’s so complicated,” DeNatale lamented. That's why she created the seminars, which feature two genealogists who know the rules.

The association offers a host of other activities to Vermonters who have Italian roots, or just love Italy, including lectures, films, music, meals, language classes and get-togethers. Its membership of 350 includes local notables such as Vermont gardening expert Charlie Nardozzi and Seven Days’ own Paula Routly. (Routly’s roots, like DeNatale’s, are in Sicily.)

DeNatale plans to hold two of the free seminars next year, in the spring and fall.  Those who’d like to participate, she said, can prepare by visiting the website of the Italian consulate in Boston and reviewing its instructions. Her association also includes a presentation and links to other help.

DeNatale’s own reasons have nothing to do with fleeing the U.S.

"Living in Italy would be wonderful, but, politically, they have their own challenges," she noted.

Instead, DeNatale said, "I love Italy,  and for me, it’s about having that badge of the Italian passport."