See All the State Become a Stage 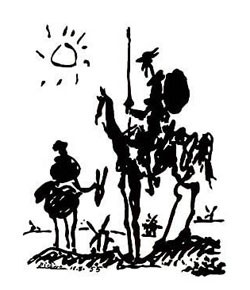 Summer theater in Vermont offers an embarrassment of riches. Companies old and new serve up a banquet of options at delightful venues — locations as divergent as Weston’s stately Greek Revival playhouse and the Vermont Shakespeare Company’s plein-air corner of North Hero’s Knight Point State Park. Weston, the state’s oldest professional company, presents the New England premiere of the recent Broadway musical smash The Light in the Piazza in July. The VSC, one of the state’s newest pro troupes, stages one of the Bard’s earliest works, The Comedy of Errors, in August.

Thespians get particularly busy in central Vermont. They act out in Unadilla’s converted sheep barn in East Calais, Lost Nation’s auditorium in Montpelier’s City Hall, and the Festival Players’ unique perma-tent structure in Waterbury, to name but three. Perched on the edge of a picturesque pasture in Waitsfield, the Skinner Barn may be the Green Mountains’ most charming place to take in a show. Rugged posts and beams frame the playing area and provide warm acoustics for the musicals staged each summer.

The Barn’s physical structure works best for shows that fire the imagination, rather than relying on elaborate production elements. This August, the Broadway classic Man of La Mancha is a perfect fit. Inspired by the Cervantes epic Don Quixote, the show is more a comedic play chock-full of catchy songs than a big singing-and-dancing musical. The action takes place entirely in a dungeon, as Cervantes awaits trial by the Inquisition. Through his powers of fantasy and invention, the scribe and his fellow prisoners transform their humble surroundings. He becomes Don Quixote, the nutty knight-errant, and his faithful servant Sancho Panza accompanies him on deeds of gallantry and lunacy across Spain.

A battle of the baritones is brewing. Skinner’s owner and director, Peter Boyton, a Broadway vet, lends his chops to the lead role; opera singer Simon Chaussé graces the stage as the Padre. Two guarantees: Hearing the song “The Impossible Dream” in such a gorgeous venue will thrill you, and tickets to the 10-show run will sell out.