See a Flick Under the Stars 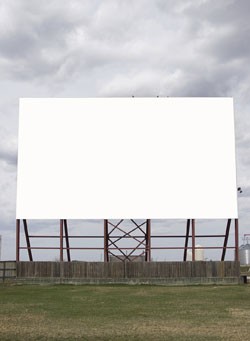 We did the math. Between babysitting fees, top-shelf martinis and movie tickets, date night was costing my husband and me nearly $100. We were anything but cheap dates until we found the Sunset Drive-In on Porters Point Road in Colchester, which opens in April for the summer. Now we can get all our needs met — time together, cinematic delight and an onboard babysitter — for exactly $20.

As soon as the marquee advertises a G-rated movie, we load up the car. Our son takes his position in the car seat with a blanket. We pack a grown-up picnic and hop in the front. Our tickets total $15, which includes two feature-length films, though we’ve never stayed for both. Our son got in free until he turned 4 — now we pay a whopping $2.

Though the films don’t roll until dusk, which can arrive as late as 8:45 in our northern Junes, we prefer to arrive when the Sunset opens at 7. We play mini-putt for a buck each (bringing our grand total to $20) and enjoy the free playground after finding a prime viewing spot.

Our strategy is to park between two of the four colossal screens — one showing the kids’ film, the other with slightly more adult fare. The only drawback is that we get sound for just one movie. My son has to watch a silent cartoon at a slight angle. He falls asleep before too long, though, and then his dad and I can pretend to be kids again ourselves. But we’re all going to watch Kung Fu Panda when it opens on June 6. Daddy doesn’t want to miss hearing Angelina Jolie’s voice.

The owners of the Sunset Drive-In call it the place “Where the Stars Come Out at Night.” You won’t find Angelina Jolie prowling around your car, but as stars pop out in the summer sky, the folks parked below get a night out that won’t break the bank.