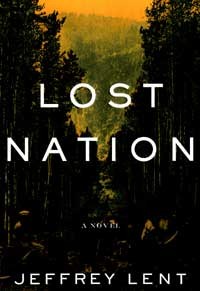 In 1832, in the remote reaches of northern New Hampshire just across the river from Vermont’s Northeast Kingdom, a motley assortment of lumberers, trappers, scofflaws, desperadoes and French-Canadian habitants banded together and withdrew from the Union. They called their new nation the Indian Stream Republic — a boreal fastness of beaver bogs, dense spruce and fir forests, granite outcroppings and some of the most independent-minded men and women on Earth. Raising a militia, writing a constitution, even coining their own currency, these New England secessionists successfully maintained their own government for a decade. Not until 1842 did the state of New Hamp-shire manage to quell the rebellion.

A roadside historical marker commemorates the Indian Stream Republic in the tiny north-woods hamlet of Pittsburg. But the New Hampshire uprising has mostly faded from memory, along with other incidents among the quixotic individualists of the frontier north country before the U. S.-Canadian border existed.

It seems especially fitting that the former Republic is the setting for Lost Nation: the magnificent new epic novel by a most individualistic New England writer, Jeffrey Lent of Tunbridge, Vermont. The book opens with “a brooding quick-paced broadbacked” man known only as Blood, who is trekking toward “that vast lost land north of the mountains that might have been American or Canadian but of which no man knew or if they did none it seemed cared.” With him, Blood has an oxcart loaded with trade goods, a huge dog named Luther and an uncommonly pretty young prostitute known only as Sally. The latter he won at cards from a “gin-sot bawd” in Portland. Blood intends to sell her sexual services along his journey.

Exactly what sort of land is this “Lost Nation?” It is sheer wilderness — the sort that Thoreau undoubtedly had in mind when he wrote, in The Maine Woods, “We have advanced by leaps to the Pacific, and left many a lesser Oregon and California unexplored behind us.” Consider Sally’s encounter with wolves when Blood leaves her alone in the forest overnight:

The wolves still had thick winter pelts and against the new-fallen snow and the light of the burned-down fire they appeared to float. They were silent, making a half circle back and forth where the cart was lodged against the steep cliffside of the road, leaping dainty over the brook to keep as close to the cart as they could or at least would. The ox was down on that open side of the cart and the wolves would make slight feint as they approached the ox and fall back again as they passed… One sat on its haunches in the snow and tipped back its head and watched her and the other two slipped back a scant pace and weaved among the trees. The one seated then began to howl, its mouth agape to the night and the long cry coming as if answering her. And she screamed back and the hound and ox roared their wails as well and the night filled with this music against the silent old forebearing earth.

It is as though Blood, who has the capacity for great and terrifying violence, has sought out the most violent land he can find for his new home. At times, the Lost Nation of Lent’s second novel makes Dodge and Tombstone seem as serene as Quaker settlements. Soon after Blood and Sally arrive, the eyeless corpse of a deranged trapper is found buried up to its neck in a beaver bog. Then a man known as the Deacon, a “shabby devout,” staggers into Blood’s trading post with his elbows lashed to his side, his mouth sewn shut with deer sinew and a decomposed human head bound between his hands. Blood mounts a small, deadly cannon in the loft of his tavern, which he half hopes to use in case of trouble.

Yet as violent as this mysterious man is, most of his rage is directed inwardly. While he freely acknowledges to the neighbors that he “lacks all sense of the brotherhood of man,” it is himself Blood loathes most. By degrees, and with great skill, Lent reveals this haunted man’s back-story — a grim history of subverted love and multiple misunderstandings that have turned him into a self-banished Cain of New England, a man “inured not only against himself but all humanity.”

Then there is Sally. Sold into sexual slavery by her own mother, she is by her own admission “tougher’n dried cod.” She’s 15 or 16 — not sure which — and naturally quick-witted, insightful and good-hearted. But she knows, or senses, that Blood is beyond all help, and that eventually she must leave him and Lost Nation, which, over the course of a single summer, is transformed into “a country teeming with gathering madness.”

When two young men from Blood’s past appear in the fall, at the frenzied height of the revolution, she sees her chance. What ensues can best be described as sheer mayhem, all the more horrifying against the background of the Republic’s pristine lakes and streams, tall mountains and meadowy intervales.

Here’s Lent, for instance, on the splendor of Indian summer in northern New England:

Following the days of freezing rain the sky remained clear, the air came from the south and the warm wind and sun dried the land. The lakes and marshlands filled with geese and ducks at dusk and at dawn they rose, breaking from the mass of water into clumps that fell apart into files ever more as they climbed and the sky darkened with the thousands of waterfowl in their chevrons. The eagles and falcons came off the ledges to feed among them, stooping from great height to clout the unknowing duck into a burst of feathers, scatting the flock. Daytimes the geese not flying would come off the water and into the stripped grainfields and meadows to forage the rare kernels or the tender blades of younger grass. Boys went among them with rawhide snares at the ends of poles and women rendered the goose fat into crocks to store for winter when the cows went dry and there was no butter and wild game was lean and so fat of any sort was not luxury but sustenance.

Reviewers should be cautious about grand comparisons. That said, for my money, Jeffrey Lent writes as well about men and women in a natural setting as any American novelist since William Faulkner. With Blood and Sally — not to mention a dozen marvelous minor figures ranging from Blood’s own wise and fearless grandfather to an itinerant musician named Phineas Vitalis — he has created the most fully-human characters I’ve encountered in recent fiction.

Revelation follows revelation, straight through to an ending as bloody and inexorable as the last scenes of Hamlet. But Lent, who also authored the acclaimed Civil War novel In the Fall, saves his best disclosure for last. In a heartachingly beautiful “postlude,” he tells us all we could ever wish to know about the single survivor of his story. Who’s that? Sit down with this book and find out for yourself. You won’t be disappointed.