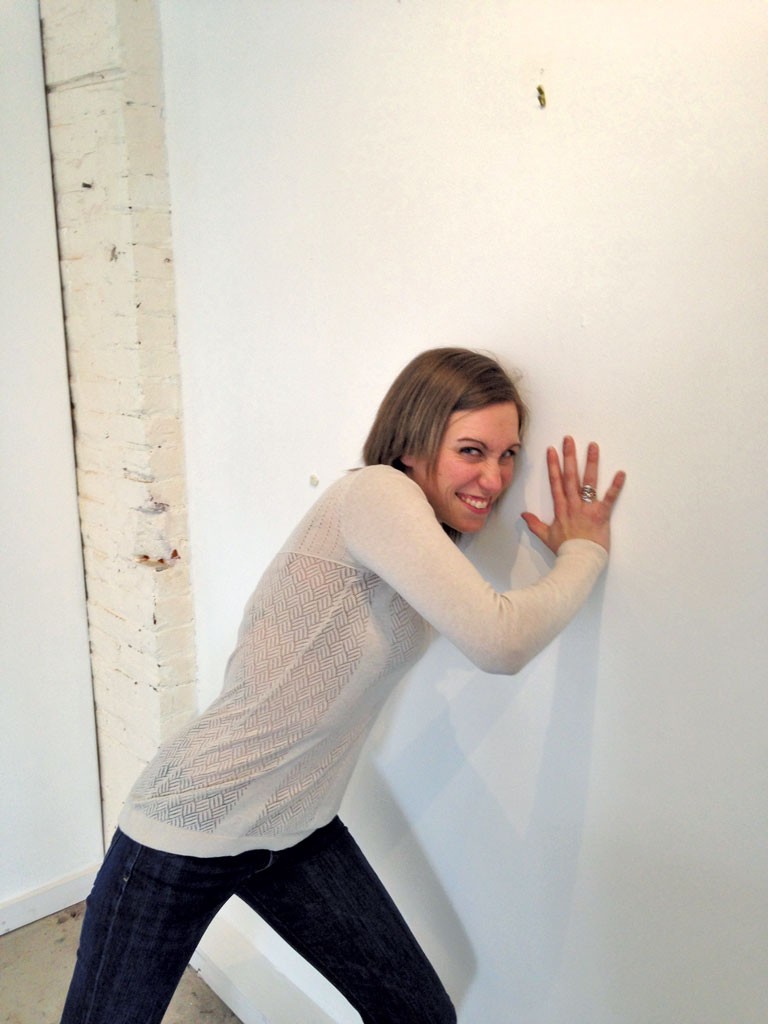 Want a watercolor with that latte? The South End Arts and Business Association has kicked off a fundraising campaign with Speeder & Earl's Coffee Roastery for a new space that blends caffeinated beverages and creative juices, all in one chill setting. The Pine Street neighbors plan to take down the wall between the coffee shop and SEABA's art gallery, resulting in a lounge that's equal parts café and quieter, arty hangout.

"It just seemed like a natural fit," says Adam Brooks, executive director of SEABA. He envisions a "work-away-from-work scenario" where the public can gather on couches, listen to live music, access Speeder's free Wi-Fi or hold small meetings. "We want to make it fun, relaxing, artistic and comfortable," he adds.

As Brooks explains, the project will enable Speeder's to expand its customer capacity and invite more visitors into SEABA's gallery, particularly in the warmer months. SEABA will maintain its office at 404 Pine and continue to curate exhibits in both the gallery and the café.

Initially, Brooks says, the lounge will be open only during SEABA's normal Monday-to-Friday business hours. But in the summer and during special events, he says, the lounge could also be open on Saturdays, expanding SEABA's role as an information center that refers tourists to South End galleries, studios and businesses.

Speeder & Earl's owner Jessica Workman says she's "super-excited" to partner with SEABA on a project that "gives something back" to the community. Since she opened the roastery's Pine Street location in the summer of 1993, the business has served as a popular spot for students, writers, freelancers and other locals.

But Workman admits that her customers generally have to contend with the "chaos" of the café. She envisions the extended space as a "loungier" one where patrons can work on their laptops or converse without disturbance from the noises of commerce and coffee grinders.

The existing wall between SEABA and the coffee shop is actually a relatively new development. For most of her 22 years on Pine Street, Workman recalls, a large, barn-like sliding door served as a passage between her business and previous tenants next door. The wall replaced it in the past 10 years, she guesses.

According to Workman, the Unsworth family, which owns the building, is supportive of the plan, provided none of the original brick structure is removed.

"Actually, they like the idea of all their tenants getting along," Workman adds. "For them, it's a headache when they've got a bunch of tenants all packed in tight and we start looking at each other with the googly eye."

According to Brooks, Speeder's will sublet the gallery space from SEABA, "which, of course, helps us out financially," he allows. While he admits that the last four years have been financially difficult for the South End nonprofit, Brooks insists the motivation for this partnership is not primarily monetary. In those four years, he says, SEABA has gone from curating exhibits in three local venues to 10, and expanded its membership to about 400, only a quarter of which are South End businesses.

Some of the project's $14,000 price tag will go to breaking down the wall and purchasing light fixtures and furniture — all from South End businesses, Brooks notes. Those funds will also upgrade the air-conditioning system, replace the gallery's ceiling fans, build a small performance stage in SEABA's front window, and increase security and signage. Yet another item is improving the floors, some of which are still grooved and marred from the building's original occupant: a brush manufacturer.

Brooks emphasizes that the project, which is slated for completion in May, is contingent on the success of online crowdsourcing. As of press time, the GoFundMe campaign had raised $360.