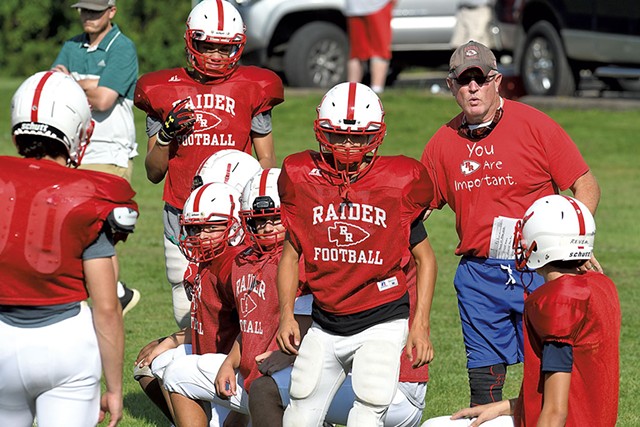 When Judy Dow attended Burlington High School during the late 1960s and early '70s, its biggest rival was Rice Memorial, the nearby Catholic school. Big games between the Burlington Seahorses and the Rice Little Indians brought out intense displays of school spirit.

"People would paint their cars with racist slogans and Indian images, and then they would have parades up and down Church Street and all around the high school making sure you knew that they were there," said Dow, a member of the Abenaki community who conducts workshops on Indigenous history and culture. "It was really an in-your-face environment with the tomahawk chops ... and the war whoops and all of that."

Decades later, Rice ditched the Little Indians name and, in 2005, adopted the Green Knights as its mascot. That same year, Champlain Valley Union High School in Hinesburg changed its moniker from Crusaders to Redhawks after complaints that Crusaders was offensive to groups oppressed by European armies during the Middle Ages. And in 2017, South Burlington High School morphed from the Rebels into the Wolves after students spoke against the former name's connection to the Confederacy.

But some Vermont schools with mascots that reference a specific racial or ethnic group have held on to those names. Proposals for change have sparked bitter debates in some communities between those who hold dear a longtime mascot name and those who argue that it evokes damaging stereotypes.

"The mascot issue is one... that just totally consumes a community... and builds such animosity on both sides." Sen. Ginny Lyons tweet this

Next week, the Vermont Senate is expected to vote on a bill that would likely prompt schools with divisive mascots to make a change. S.139, endorsed by the Senate Education Committee last week, would require public and independent schools to adopt a policy prohibiting school branding that directly or indirectly references or stereotypes a racial or ethnic group.

The measure calls for the Vermont Agency of Education to work with the Vermont School Boards Association and other groups to develop a "model school nondiscriminatory branding" policy by August 1. School branding is defined as "any name, symbol or image used by a school as a mascot, nickname, logo, letterhead, team name, slogan, motto or other identifier."

School boards would be required to either adopt the state's policy or create one of their own that is "at least as comprehensive" by January 1, 2023. Schools with mascots not in compliance with the policy would be given until May 1 of that year to select new branding.

Proponents say the measure provides some overarching structure to a process that can overwhelm and divide a community.

"This isn't about the feelings, intentions or prerogatives of people who use other people as mascots," the bill's sponsor, Sen. Dick McCormack (D-Windsor), said in an email. "It's about the rights of Vermont kids to go to school without being racially insulted."

It's unclear how the state would enforce the policy. Lawmakers briefly considered banning schools from athletic competitions if they failed to comply but rejected the idea, which would have punished students for decisions made by the school board.

Senate Education Committee chair Brian Campion (D-Bennington) said he believes that school boards and officials would "do the right thing given this new guidance."

McCormack agreed. "Any public official is supposed to function within the law, and not only are they supposed to, they do," he said. "And if there were ... a problem someday, then we could deal with it."

This isn't the first time state government has broached this issue. In 2004, the Vermont Human Rights Commission asked lawmakers to ban Native American mascots. Then-governor Jim Douglas said he believed that mascot monikers should be decided at the local level, according to a Vermont Public Radio report at the time, and no action was taken. 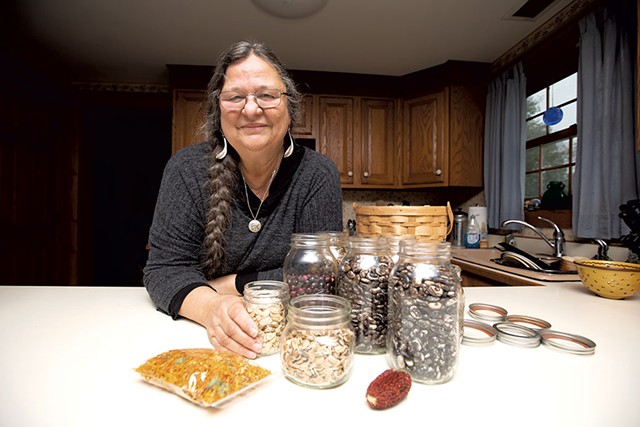 This year's push comes in the wake of a polarizing debate in Rutland City about the district's Raiders moniker. In 2020, school commissioners voted to ditch the name after a group of students and alumni presented evidence that the mascot was linked to crude and stereotypical portrayals of Native Americans. But in January, a new group of school board members voted to reinstate the Raiders name, raising the question of whether the state should take a stand on divisive mascots.

"The mascot issue is one ... that just totally consumes a community ... and builds such animosity on both sides," Sen. Ginny Lyons (D-Chittenden) told her education committee colleagues earlier this month.

Education Secretary Dan French has typically supported local control in educational matters. But, in testimony delivered last month, French came out firmly on the side of state intervention in the debate over mascots, which he linked to broader problems of hate speech and racism.

"The state has an interest in ensuring schools are inclusive. And the whole concept of equal opportunity is built on the premise that schools are open to all and should feel welcoming," French said. "It isn't a local control issue. [Local school districts] are not empowered to discriminate or create conditions that are adverse to the state's goal [of] education."

When decision making about mascots is left to local school boards, Dow said, "that's when it's most painful, because then you have these traditions and opinions that just play head-to-head against reality."

The reality, Dow said, is those mascots that stereotype a group of people harm all students. That's backed up by researcher Laurel Davis-Delano, a professor of sociology at Springfield College in Massachusetts, who has been studying the topic for more than 25 years.

Native American mascots not only reduce self-esteem and generate stress among Native American students, Davis-Delano said during a presentation to the education committee, they also perpetuate negative thoughts and stereotypes about Native Americans in non-Native people.

"White Europeans created the mascots... so they're the only ones that can take them away." Chief Don Stevens tweet this

It's unclear how many Vermont schools still have team names that refer to Native Americans or other racial and ethnic groups, though some do. Twenty Vermont high schools have mascots that represent groups of people, according to an analysis by State Board of Education chair Oliver Olsen. Those names include the Marauders, the Spartans, the Rangers and the Patriots.

Like Rutland, U-32 High School in East Montpelier and Stowe High School use the Raiders as their mascot. But, unlike Rutland, those two don't appear to be historically associated with Native Americans, Olsen said. Another team name that would likely come under scrutiny should the bill pass is the West Rutland Golden Horde. The name refers to Mongolian warriors.

A number of Indigenous people, all members of Vermont's Abenaki communities, testified or provided written statements in support of the bill. 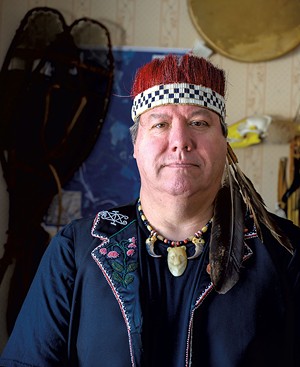 Don Stevens, chief of the Nulhegan Band of the Coosuk-Abenaki Nation, testified that Native American mascots are problematic and do not honor Indigenous people.

"White Europeans created the mascots. We didn't. So they're the only ones that can take them away," Stevens said. "We didn't tell somebody else to use imagery that doesn't belong to them, that belongs to another culture. They decided to do that on their own ... Do we like it? No. Do we think it's morally right? No."

The Vermont Commission on Native American Affairs has also spoken in favor of the bill. Carol McGranahan, a member of the Abenaki community and the commission's chair, said in written testimony that she believes "no group of people should ever be used as a mascot. In the cases where mascots depicting Native Americans are used in Vermont, they have historically negative connotations."

One of the names McGranahan mentioned is the Chieftains, the mascot of Green Mountain Union High School in Chester. In October 2021, the local school board voted to "rebrand" the mascot by removing its logo — a profile of a Native American person wearing a feather headdress — but kept the Chieftains name. Removing the name altogether would amount to "erasing the past," one board member argued.

The Green Mountain Unified School District board may need to revisit the issue if the bill were to pass, chair Joseph Fromberger acknowledged in an email last week.

Abraham Gross, one of two Green Mountain school board members who favored eliminating the Chieftains mascot and the name, said the bill appears to be written "explicitly to address situations like Green Mountain's usage of Chieftains, a term which is not inherently derogatory nor exclusively applicable to Indigenous peoples but does come with a long history of association with stereotyping."

"If we have legislation from the state level that this is what we have to do, that sort of takes the debate out of it," Gross said.

Sen. Joshua Terenzini (R-Rutland) was the sole "no" vote in committee last week. Terenzini suggested to his colleagues that removing Rutland's arrowhead logo — but keeping the Raiders name — would have been "a nice compromise."

But others, such as Gross from the Green Mountain school board, think that there's no room for negotiations.

"You do not vote on justice issues," he said. When it comes to doing the right thing, he added, "It's not up to a majority rule ... You just do it."

The original print version of this article was headlined "Name-Dropping"