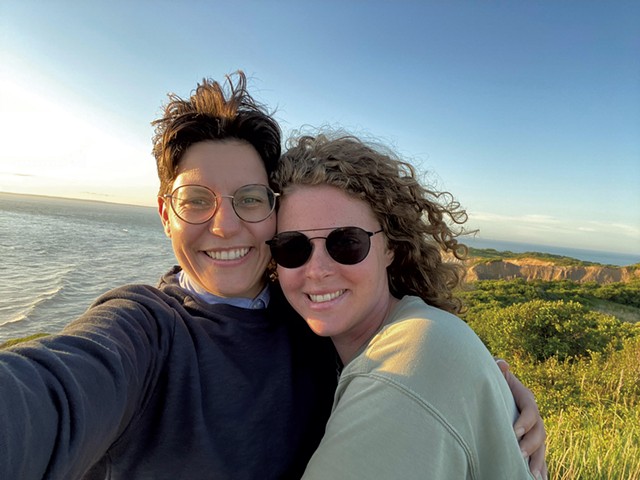 This summer, Middlebury will gain a natural wine store and a seasonal ice cream stand, both funded by grant money through the Better Middlebury Partnership.

In late May, Erika Dunyak and Danielle Pattavina received a Kick Start Middlebury grant of $20,000 for Schmetterling Wine Shop at 48 Main Street, which they plan to open by July 1. Helen Hall was given $15,000 for Calvi's, an ice cream stand in Frog Hollow Alley.

Sponsored by the Town of Middlebury, the grant is designed to be a "catalyst for revitalization" of the downtown area by funding new or expanding businesses, according to its website.

Dunyak and Pattavina, who reside in Shoreham, said Schmetterling Wine Shop will be a full-service, queer-welcoming space where anybody can come for wine advice. "We want people to come in and ask what natural wine is. You don't have to feel like you are supposed to know anything," Pattavina told Seven Days.

The couple has already ordered about 75 different wines. They will feature New England-produced wine, along with what Pattavina described as "cold-weather wines" from Germany, France and Austria, as well as other wines from around the world.

Dunyak said she and Pattavina chose the name Schmetterling, which means "butterfly" in German, because it represents their taste in wine — and it's a fun word to say.

The shop will be open Thursday through Monday from noon to 7:30 p.m., with expanded hours once additional employees are on board.

Calvi's is inspired by a 1920s-themed soda fountain shop and crêperie of the same name that operated on Middlebury's Main Street from 1902 to 1998. Hall initially planned to replicate the original Calvi's diner style at a space in Marble Works, but staffing and supply chain shortages led her to change course. Look for her window-service soft and hard ice cream stand with crêpes and sodas to open later this summer, when she acquires the necessary permits.