Scenes From Sears Lane: The Final Days at a Homeless Encampment in Burlington’s South End

Ahead of a 9 a.m. eviction on Tuesday, protesters arrived at a Burlington homeless encampment and started chanting, anticipating a confrontation with city police. The group of 30 brought strength in numbers, as well as signs. The activists offered to chain themselves to structures at the Sears Lane camp if city officials attempted to remove residents by force.

But the deadline for the campers to clear out came and went without conflict. City workers posted "No Trespassing" signs around the site's perimeter. Some residents packed their vehicles and drove off, while others hunkered down to escape the pouring rain. Social workers stopped by to help the campers book hotel rooms. One woman clutched a printed copy of her hotel reservation.

"Thank you, guys," she told the social workers, her teeth chattering from the cold.

It was a subdued chapter in a drama that began earlier this month with two arrests at the South End encampment. One man was accused of selling methamphetamine, and another of pointing a replica assault rifle at a city firefighter.

The city had allowed the encampment to exist on public property for years, but the recent incidents convinced Mayor Miro Weinberger that the situation was untenable. He gave residents 12 days to pack up and move out.

Progressive city councilors tried to get the mayor to reverse course but failed. And two Sears Lane residents unsuccessfully petitioned the Vermont Superior Court to halt the eviction. The judge did give the residents a day in court, but it's scheduled for Thursday, October 28 — two days after the eviction.

Seven Days journalists spent the last week interviewing Sears Lane residents, documenting their lives in the waning days of their community. While some rushed to pack all their worldly possessions, others felt immobilized by the challenge of finding somewhere else to go.

But by Tuesday at noon, according to a spokesperson for the mayor, "everyone on-site" had either accepted help or made plans to find another place to live.

Still, the jolt of the sudden eviction had shaken the campers.

"What do I do? It's this place or nothing," Ruth, a 24-year-old Sears Lane resident who didn't share her last name, said last week. "If 'lost' was a person, it would definitely have my face."

Unhoused people have sheltered at the site for the better part of 15 years, according to an estimate by one former resident. Located off Pine Street near the Burlington bike path and train tracks, the partially wooded spot was once home to just a few tents scattered among the trees.

Since the pandemic, however, it has stretched into an adjacent parking lot with residents living in campers, portable carports and hand-built tiny homes. There's no running water or electricity, so the nearly 30 campers rely on loud generators for power.

The noise, along with thefts, vandalism and drug use, have prompted people who live and work nearby to call the cops frequently. From January through September, Burlington police have received more than 120 calls about incidents on Sears Lane, according to city data.

But Ewing Fox, who uses a friend's workshop across the street, said when he's called, police have told him they lack the number of cops to safely respond. Fox said he doesn't feel safe there at night and that campers have thrown rocks and fired some kind of projectiles over his vehicle. They also left bags of used hypodermic needles on his friend's property, he said.

Fox himself was homeless in Burlington in the 1990s while he struggled with alcoholism. Now sober, Fox said he has sympathy for the campers but isn't sorry to see Sears Lane close. The city allowed the site "to become what it was," he said.

"There's some really decent people who are down there," Fox said. "But because the city is refusing to even enforce their own laws that are on the books for everyone else, it's become kind of a lawless region."

The city broke up the camp four years ago, citing concerns over belongings that had accumulated there. But people gradually returned, and city officials seemed to tolerate it.

How to manage the site, though, has long eluded officials. Last summer, the city proposed building a low-barrier shelter there using $1.3 million in coronavirus relief funds. But the Vermont Housing & Conservation Board, which was in charge of disbursing the money, denied the application. This fall, the city put out a call for an organization to oversee the camp, but none responded. 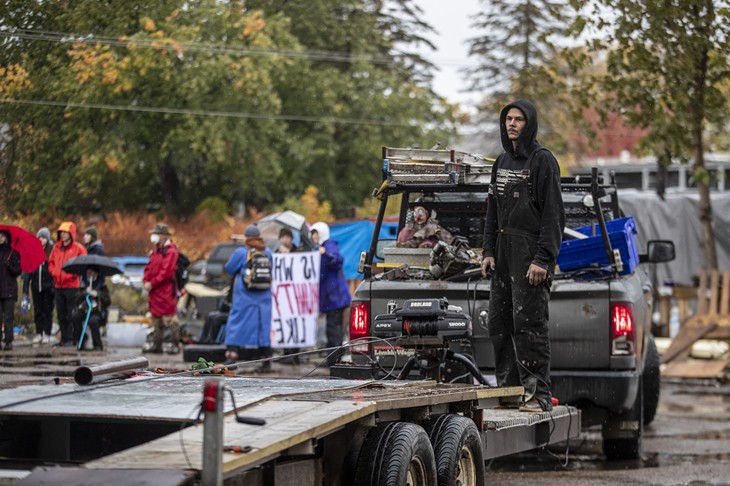 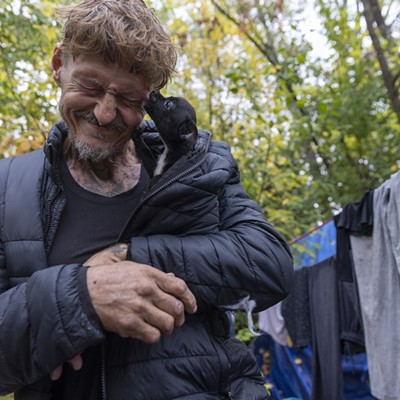 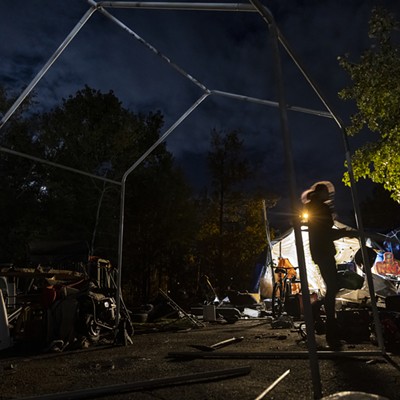 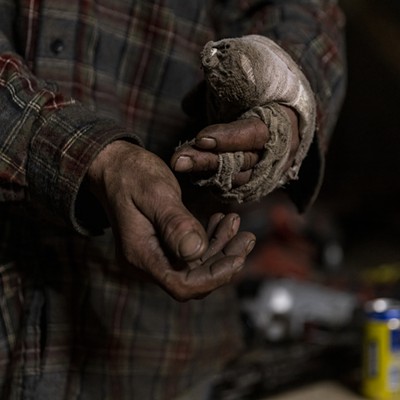 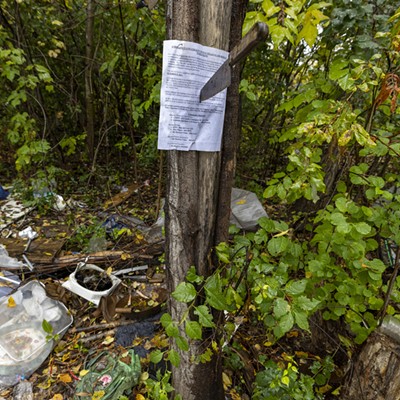 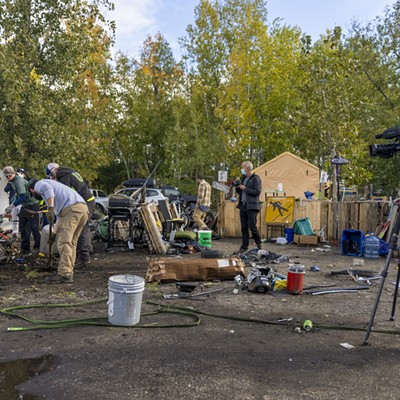 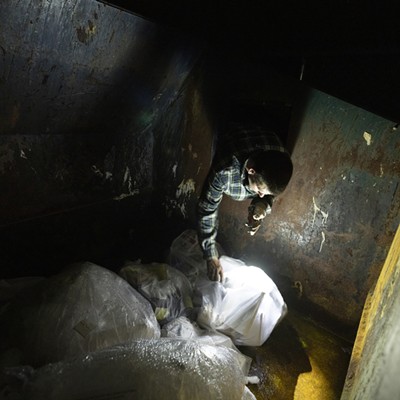 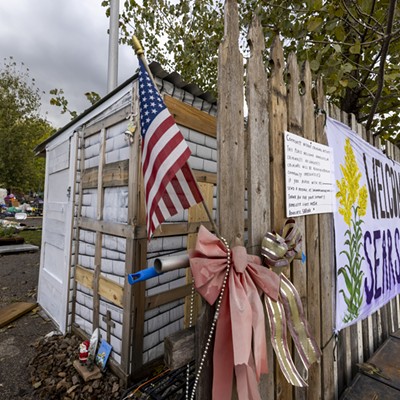 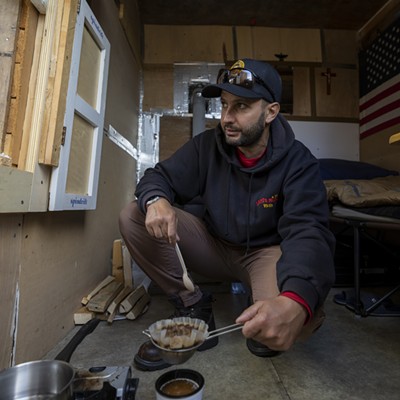 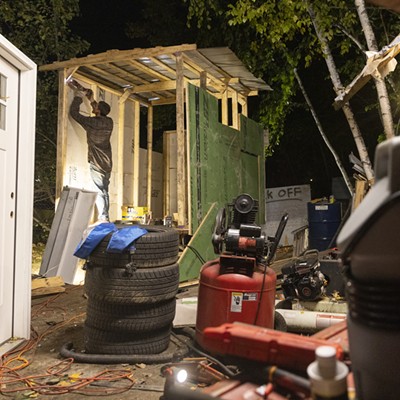 Activists say it's inhumane to displace vulnerable people just before winter, at a time when Vermont's COVID-19 cases are the highest since the pandemic began. In court filings and interviews, residents said they felt they were being punished for a few people's poor choices.

The decision to clear out the pop-up neighborhood didn't sit well with Paul Dragon, executive director of the Champlain Valley Office of Economic Opportunity. Staff members at his Burlington nonprofit, which offers programs to prevent homelessness, bring food to Sears Lane every day and help residents receive medical care. Dragon thinks the city should have created a long-term plan to rehouse the homeless residents rather than evict them over the actions of two people.

"It's easy to say things about a place that looks like that," Dragon said, referring to the trash-strewn site. "And then you go there, and you really understand that it's very different from people's perceptions."

Campers describe Sears Lane as a sort of drop-in center for wayward souls. Some tent for a few days, while others stay for months. Many describe the encampment as a community where people help one another, a dynamic that was evident during Seven Days' visits to the site last week. One afternoon, a group helped a camper tow a junk car to a scrapyard. On another, a man walked from tent to tent to offer a steaming serving of Hamburger Helper to anyone who was hungry.

"I think I'd probably be dead if I didn't have this place, but I think I might die here. I'm like a shell of my former self." Ruth tweet this

Sarino Macri brewed coffee last Friday inside his tiny home as city bulldozers hauled away trash outside. He'd lived at Sears Lane for months, in an 8-by-10-foot structure built of materials he salvaged from dumpsters.

An American flag hung proudly over Macri's cot, under which was a suitcase and plastic bin containing the rest of his belongings. Kindling was stacked neatly near a woodstove in one corner. Outside, a small Santa Claus figurine welcomed visitors at the front door.

As he crouched over the hot plate at his feet, Macri lamented that city officials have no compassion for him and his neighbors.

"I want to stay here," Macri said. "I wanted to make a sanctuary place here."

Jordan Orcutt moved to Sears Lane nearly three years ago, after he left his friend's apartment because too many people there were using drugs. At the camp, he shared a living space with his girlfriend, Lexy Grundy, one of the plaintiffs in the court case against the city.

Orcutt, 27, spends much of his time in the workshop he fashioned out of a discarded carport. Inside are the tools of the various trades Orcutt has picked up — most recently, he's started making coffee tables out of slabs of wood.

People would come to Orcutt if they needed supplies. One afternoon last week, two visitors popped in with various requests. Wire stripper? Orcutt had it. Spare trailer light? Naturally. With days to go before the city's move-out deadline, Orcutt hadn't even started packing.

"I'm struggling on making my home not feel like a home right now," he said, challenging Mayor Weinberger to spend a night at the camp.

"He would understand the struggle," Orcutt said. "He'd probably understand a lot of the people down here and their stories and realize that he's not just reclaiming public property — he's essentially mass-destroying their lives."

Orcutt broke down when he learned about the eviction notice. He wishes the city would give them another chance to stay, if not more time to leave.

"We're just in a rut," Orcutt said, a tear running down his cheek. "Once you get down as far as we are, it's not impossible, but it's really hard to have the mental strength to pull yourself out of it, especially when shit like this happens. We're already down. Why shit on us even more?"

Other campers professed a love-hate relationship with Sears Lane, seeing it as a saving grace for the shelter it provides and a living hell for fueling their worst inclinations. A middle-age man at the camp last week said he has an apartment in Burlington but goes to Sears Lane daily because he's using meth again.

"You gravitate to where you belong," the man told a reporter. "We ain't gonna hang out with Bill Gates, that's for sure."

Ruth, the 24-year-old camper, landed at Sears Lane six months ago when the state placed her 2-year-old son with a foster family. Last week, fellow campers destroyed the home Ruth shared with her son's father, Elijah, after an argument. The city disposed of their belongings in a cleanup on October 22, believing their site had been abandoned.

That Friday afternoon, Ruth struggled to pitch a tent in a far corner of the wooded lot. Her fingernails caked with dirt, Ruth wiped tears from her face as she reflected on her circumstances.

"I think I'd probably be dead if I didn't have this place, but I think I might die here," she said. "I'm like a shell of my former self."

Ruth perched on a boulder, smoking a cigarette that she had bummed off another camper. She watched wistfully as parents and their young children zoomed down Sears Lane on bicycles.

Ruth's eyes lit up when she saw staff from CVOEO wheeling a cart of food into the site. She trotted up the worn dirt path to grab sandwiches and containers of pasta salad. The social workers came bearing good news: Ruth could stay in a hotel for the night, they told her.

Leaving the tent behind, Ruth wrapped herself in a blanket and waited at the encampment's edge for an Uber to whisk her away.

After one night's reprieve, Ruth was back at Sears Lane on Saturday.

Ahead of the eviction Tuesday, Elijah packed up his and Ruth's belongings and waited to be set up in a hotel, this time for a longer stay. Other people wanted to leave but were worried that anything they left behind would be stolen.

As some campers loaded up, the protesters formed a circle near the entrance, chanting, "This is what community looks like." They belted, "Don't Stop Believin'" by Journey through a megaphone.

One man, Noah, surveyed the activists with skepticism as he attached a trailer to his truck.

"I don't know what they're cheering for. They could be over here helping," Noah said. "They're here for their own mission, not ours."