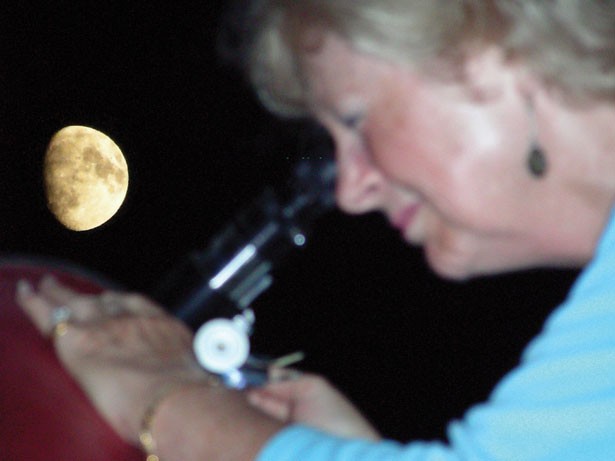 Tsukimi, also known as a Mid-Autumn or Moon Festival, is a 3000-year-old Asian tradition in which people congregate, in late September, and celebrate the prominence of the harvest moon. Last Saturday, the Japan-America Society of Vermont (JASV) held its own potluck gathering in Burlington's Oakledge Park, where haiku enthusiasts like myselfcould gaze at the moon, hoping for a spark of creativity to put pen to page.

Event participant Tony Gerard said he began to feel a deep connection to the Japanese culture during his college years. He became a tea ceremony master at New York University in the 1970s, holding the ritual for such luminaries as the Rockefellers and Truman Capote. Gerard described the tea ceremony as an experience at which one sheds all names and titles and just "exists with others, with no expectations." JASV's tsukimi sought to emulate this same sentiment for its participants, who had their own stories to share.

The 20 or so in attendance came from strikingly different backgrounds; some had close ties to Japan and others had none. For instance, JASV President Milton Beard and his wife Joan adopted two Japanese children during Beard's time as an investment banker in the late 1970s. On the other end of the spectrum was Courtney Reckord, a St. Michael's College graduate student who joined the celebration because of her interest in haiku and Japanese printmaking.

At one point in the evening, Gerard told us the moon was "probably the most written about subject in haikus." As the individuals brought together for this tsukimi huddled around a telescope to get a closer look at their muse, I found myself moved by the beauty of the night sky to encapsulate my own experience in 17 syllables:Good food and people. The moon shines bright overhead. Haiku springs to life.