Say Good-Bye to the VT Film Commission, Hello to the Creative Economy 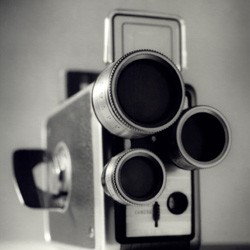 Nearly every state in the union has a film commission — from California and Massachusetts, where scads of Hollywood movies are shot, to less popular sites such as West Virginia and Wyoming. This time next year, Vermont probably won’t be among them.

Gov. Peter Shumlin’s jobs bill would fold the present Vermont Film Commission into a “creative economy office” within the Agency of Commerce and Community Development. And many local filmmakers say that’s a good thing.

To understand why, one has to understand what the present VFC does and doesn’t do. It doesn’t lure film crews from out of state with tax incentives (which the legislature has repeatedly voted down). It doesn’t maintain its own soundstages and other production infrastructure, as some big film commissions do.

The VFC does roll out the welcome mat for producers who choose Vermont as a shooting location. It offers an online database of locally available talent and equipment, as well as tools to help Vermont film professionals connect.

And it gets by — barely. Having narrowly escaped the axe in last year’s round of budget cuts, the VFC now has a single full-time employee — executive director Joe Bookchin — and a budget of $100,000 in federal stimulus funds that is set to run out in July.

On February 15, a group of Vermont filmmakers sent Gov. Shumlin a letter that amounted to a vote of no confidence in the present film commission. Especially notable among the signers was Man With a Plan director John O’Brien of Tunbridge, former president of the VFC’s board of directors. He and 10 others — including such familiar names as Jay Craven and Rusty DeWees — asked Shumlin to consider “restructuring” the VFC and replacing Bookchin with a cheaper, part-time administrator.

A few days later, O’Brien and a few other signatories met with Lawrence Miller, the new secretary of Commerce and Community Development, who explained the administration’s plan for a creative economy office. Bookchin says the filmmakers seemed “very satisfied” to discover that “a lot of the concerns they brought up are things we’ve been working on ... We’re all working toward the same goal, which is putting Vermonters to work.”

Will Bookchin head the new office? Bill Stetson, who founded the VFC in 1996 and is currently president of its board, says the job will be posted, but he believes “Joe would be perfect for it.”

O’Brien is not so sure. “I don’t want it seeming like we’re on a witch hunt for Joe,” he says. But he and others suggest that the VFC’s leadership hasn’t been proactive in reaching out to local filmmakers or connecting them with in-state institutions that could use their services, such as the University of Vermont.

O’Brien praises Bookchin’s skills but says, “What the film commission needs in the way of leadership is a Scottish border collie, and what we have is a Basset hound.”

“What we needed was a verbal champion, a cheerleader,” says Art Bell of Burlington’s Dreamlike Pictures, whose in-store ads are currently featured internationally in Ben & Jerry’s scoop shops. During Bookchin’s tenure, he says, his company didn’t receive calls about opportunities from the VFC, and some “pretty major jobs were sent out of state,” such as a UVM promo made by a midwestern firm.

Bell acknowledges that Vermont filmmakers need to do their own marketing. But both he and O’Brien say a more active VFC web presence would have helped. “The only thing live on the website is the weather,” O’Brien quips.

Stetson says such criticisms took him aback, because the filmmakers “never let me know they were unhappy until this letter arrived.” Bookchin, he says, has been “under some tremendous pressure” running the VFC solo, and needs an administrative staff to handle the website so he can “do what he’s so good at” — in particular, using his education experience to reach out to young media pros.

Bookchin agrees it hasn’t been easy: “Because it’s just me doing this, what I’m trying to do is to maximize our resources.” He says his day-to-day activities range from advising a high school filmmaker on where to find a prop car to traveling out of state to have “conversations with folks at large advertising companies ... starting to work out a dialogue to entice them to come to the state.”

While Bookchin says he’s eager to “press the flesh” and sell Vermont to outsiders, he echoes Stetson’s emphasis on reaching young media professionals here. “Institutions like Champlain College and Burlington College are graduating people who work in new media now,” he says. “We want to create opportunities within the state so we can keep and retain these people.”

If there’s one thing everyone agrees on, it’s that the future creative economy office won’t be wooing Hollywood glitterati to the Green Mountains — an impossible task without dollar-sign incentives. Today, Bookchin says, maintaining some form of film commission is “not about [attracting] a Hollywood film; it’s about growing an indigenous economy.”

Bell says he’s “not expecting miracles from the new entity, but I love that it’s a part of Commerce. I would love to feel proud of the Vermont film industry as a group.”

Craven and his wife, Bess O’Brien, come at the proposal from a less commercial angle. Their company, Kingdom County Productions, has branched out from independent filmmaking to presenting live performances at venues such as St. Johnsbury’s Catamount Arts. Craven calls moving the film commission to the ACCD “the best move right now,” and says he hopes whoever heads the new office will be “an activist and not a bureaucrat” — someone who can advocate for the arts in general. “I think there are natural alliances between the arts and media as a whole,” Craven says.

Building partnerships between local producers and presenters such as Vermont Public Television is on Craven’s wish list. For his part, Bell says Vermont needs public filmmaking infrastructure, such as soundstages. Stetson suggests a “high-tech studio” would be the best investment.

Would a creative economy office be more accountable and relevant to local filmmakers — and to taxpayers — than a budget-hobbled film commission? John O’Brien hopes so. “It’s become a place no one goes [to] for help,” he says of the VFC, “and it should be just the opposite.”