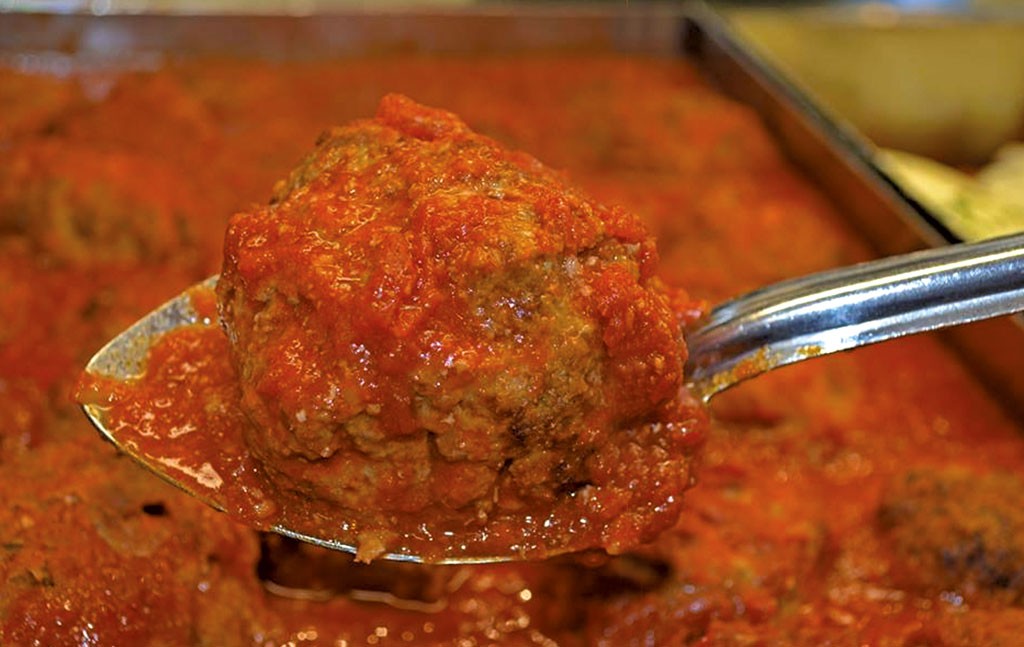 Sharon Herbert has always been a food lover, but until now, her career path has involved mountains more than marinara. She worked full-time in Burton's bags and luggage department while completing her degree at the New England Culinary Institute, from which she graduated last spring. Now, Herbert is working toward an early-April opening of Sauce Italian Specialties at 407 Mountain Road in Stowe.

Herbert's concept could scarcely be more different from the tapas and pastries of the space's previous occupant, Café Latina. The New Jersey native hopes to recreate the Italian markets she grew up enjoying — with mentoring from the owner of her favorite market back home. "Every time I went home, I would load up a cooler full of everything," she says. "When my parents came up [to Vermont], they would always bring trays, and we would sit around and enjoy."

Though Sauce holds five tables, the emphasis is on takeout. "You can get a piece of chicken Parm, meatballs or some broccolini with some wine and beer, then take it home and eat it up," Herbert says. Besides those staples, the chef-owner will serve a daily pasta dish — she mentions orrechiette with sausage — using fresh pasta made for Sauce. While Vermont ingredients will feature in the fare, Herbert is also working to import Italian products not seen elsewhere in the Green Mountains.

Since April is a dead zone in Stowe, Herbert plans to open for five days a week that month. Once tourist traffic ramps up in May, she'll serve customers from 11 a.m. to 7 p.m. daily. With her offerings of soups, salads, sauces and fresh pastas that can be incorporated into home meals, Herbert hopes to make Sauce a desirable destination for locals picking up dinner after work. It's all about providing diners with "dolce far niente," she says — the sweetness of doing nothing.

The original print version of this article was headlined "Mountain Meatballs"