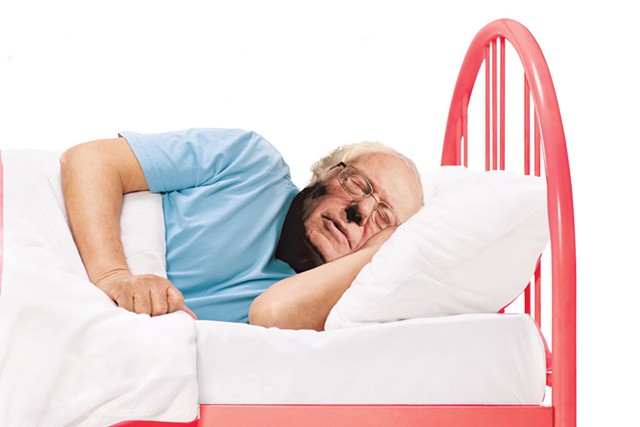 Visitors to Vermont can now make a political statement by choosing where to lay their heads.

Using Airbnb, Tony and Carolyn Basiliere are proudly renting two Beds for Bernie in their South Burlington home. They donate a portion of the profits from each night's stay to Sen. Bernie Sanders' (I-Vt.) 2020 presidential campaign.

"My wife and I have been threatening to fix up the room and do it for Airbnb, but I just never got my ass off the cushion to do it," Tony Basiliere said. "The Bernie thing was the fire that got lit under me to actually get the place dolled up and post it."

"It took right off," he added. "It just exploded."

The Basilieres came up with the concept in March. They'd previously canvassed for Sanders in New Hampshire and given to his 2016 presidential campaign, and they wanted to do the same this time around. So the couple turned a spare bedroom into their first Bed for Bernie and posted it on Airbnb for $70 a night. It was such a hit that they turned their meditation room into a second Bernie bedroom. Short-term renters have flocked to that one, too, he said.

Basiliere estimated that "the Bernie thing" motivates at least half of his renters to spend the night. But he's also hosted "rabid" supporters of President Donald Trump.

"We are open to other political viewpoints," Basiliere conceded. "You don't have to be a Bernie believer to stay here."

Basiliere said he's optimistic about Sanders' chances to win the Democratic nomination this time around, despite former vice president Joe Biden's lead in the polls.

"It's just a matter of whether or not people can wrap their heads around the idea that Biden is just another corporate whore," Basiliere said. "I don't know what that takes!"