Side Dish: Food writer's fennel fantasy is fulfilled - but not for her 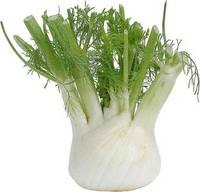 Jay Vogler wants to make food writer Debbie Salomon's dreams come true. In a July 24 column in the The Burlington Free Press entitled "Fennel: The Last Frontier," Salomon explains how she's come to enjoy the anise-flavored vegetable she long thought she hated. Why did she blow off the bulbous veg? Because of an aversion to its flavor relations, "licorice and root beer." After discovering her fennel affinity via a fancy sandwich, Salomon's got a new "dream dish." In her column, she fantasizes about a "fennel-topped pizza from Jay Vogler's Pizza on Earth in Charlotte."

Although he doesn't subscribe to the Gannett-owned paper, Vogler heard of the mention from a friend and responded by inventing just such a pizza. "Fennel's a nice topping for this time of year," he says. The "Debbie" will be a white pizza covered in "garlic oil-braised fennel with some onions, kalamata olives, parmesan and mozzarella."

The question is, will Salomon be able to taste her namesake flatbread? Not likely. When Vogler emailed her to thank her for the nod, he learned that she recently relocated from Montréal to Asheville, North Carolina. There, Salomon's a correspondent for the Asheville Citizen-Times, but still pens pieces for the Freeps. Too bad she's not in town. If she were, she'd be able to wash down a slice of "Debbie" with some delicious, homebrewed soda from Rookie's Root Beer.

Then it would be down to the licorice.