Sage Restaurant Brings the Mediterranean to the Mad River Valley 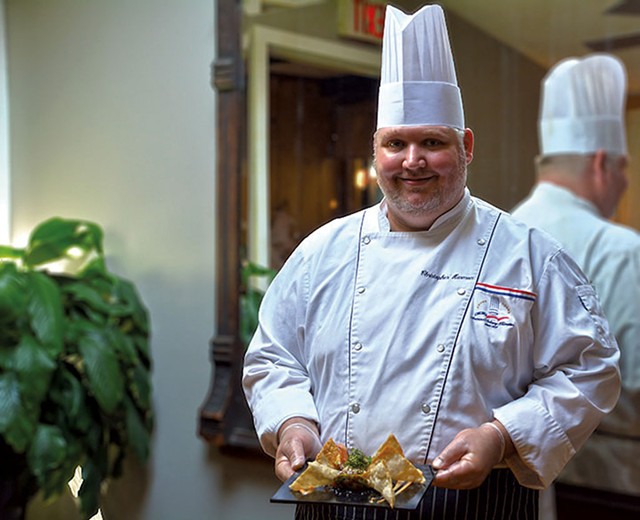 Opening in time for ski season, a new restaurant in the Mad River Valley aims to use food and ambience to transport diners to the Mediterranean coast.

Sage Restaurant is expected to open in early December at 8 Route 17 in Waitsfield, according Ana Dan, who owns the business with her husband, Paul Weber. The Fayston couple, owners of HAI Hospitality, also operates the Hyde Away Inn in Waitsfield.

"The flavor we're going for is 'Vermont goes to the Mediterranean,'" Dan said. "We want to capitalize on the great local ingredients we have in the Mad River Valley, but with a flavor profile that just doesn't exist here."

That will mean a broadly themed Mediterranean coastal menu, she said, with cuisine from Spain, Italy and France, as well as Middle Eastern fare. On the menu, Dan said, diners can expect paella, pasta, seafood dishes and baklava from a family recipe.

The 130-seat restaurant will have a full bar and private event room. The building it will occupy, at the intersection of routes 100 and 17, also houses the nonprofit Northern Forest Canoe Trail and has been the site of two previous restaurants, John Egan's Big World Pub & Grille and Gallagher's Bar & Grill.

The renovation is creating "a whole new look in the spirit of coastal Mediterranean," Dan said, adding that Sage will be "bright and airy." The dining room will feature a piece of glass art, being made by Spencer Kirk-Jackson of Salt & Sand Studios in Warren, that depicts a Mediterranean sunset, she said.

The original print version of this article was headlined "Sage Dining"