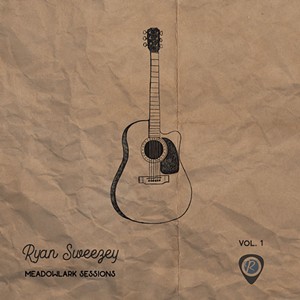 In a June Instagram post, Burlington-based singer-songwriter Ryan Sweezey revealed that he had injured his voice while preparing for a livestream Counting Crows cover set. Sweezey's commitment to doing Adam Duritz justice is impressive and shows his loyalty to the pop-rock bands he cites as influences, such as Augustana and Matchbox Twenty.

Sweezey's latest release, the five-song EP Meadowlark Sessions, Vol. 1, hit streaming services on May 15. Made with the studio time he earned as the winner of Advance Music Center's 2019 Singer/Songwriter Contest, the EP was recorded and mixed at Meadowlark Studios in Williston. Vol. 2 and Vol. 3 are forthcoming in August and November, respectively.

The album opens with "Bartender," sung from the viewpoint of a guy attempting to drink away heartbreak. I'm not sure that strategy ever really works in real life, but singing along to this upbeat pop-rock number might offer four and a half minutes of reprieve to the brokenhearted.

In "God's Country (Miramichi)," Sweezey finds beauty and faith in nature and place. Fortunately, any similarity to Blake Shelton's "Dixie"-referencing No. 1 country hit "God's Country" is in the title alone.

Sweezey's melodies and delivery are stronger than his lyrics, which can be overly simplistic and, frankly, not very poetic. In the chorus of "If You Fall," a ballad of support for a loved one spreading their wings, Sweezey sings, "If you fall, you can fall on me." The image this evokes is less than graceful, but it's a nice sentiment nonetheless.

A stronger lyric stands out in "Water's Getting Closer (The Ossipee Song)," a breezy tune in which the singer recounts an annual buddies' camping trip in which friendship keeps problems at bay, at least for the weekend: "The water's getting closer / But the tide's not coming in."

Music snobs and gatekeepers of cool might write off Sweezey's inoffensive pop rock as too mainstream, but this is the type of music memories are made of. I still remember my 10th-grade boyfriend belting out Lifehouse in the hallway of our high school and, to this day, "Hanging by a Moment" hits harder than any obscure Radiohead track ever could.