Rusty Nail to Re-open in Stowe 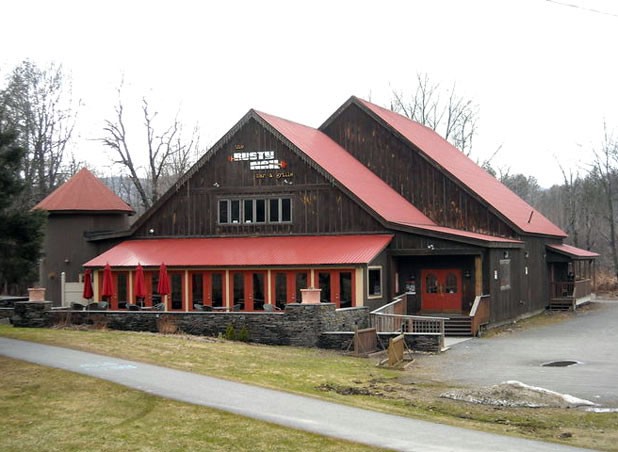 A trio of partners purchased the 45-year-old venue earlier this month for $1.2 million and plan to have it up and running by Presidents’ Day weekend under the same name. “This has been here since 1969, and we’re going to let that history ride,” says Dave O’Connor, who will comanage the space with Dave O’Rourke.

Both Daves are currently bartenders at Crop Bistro & Brewery, the nearby restaurant co-owned by Bill Davis. Davis is the third partner who purchased the 9,500-square-foot Rusty Nail building on January 3.

O’Connor says that he and his colleagues plan to hook up almost all of the 24 taps to Vermont beers (Guinness will be the only exception) and to serve classic pub fare such as burgers and wings. They’re also plotting a robust schedule of live music, including “some national acts,” O’Connor says. The lack of a music venue in the spot, he adds, “has been a hole in the local scene.”

The most recent iteration of the Nail closed just about a year ago, but the building’s previous owner — Massachusetts urologist Stan Swierzewski — had it on the market long before that. In March 2012, the Rusty Nail was listed for $1.95 million. According to town records, the new owners paid $28,168 in delinquent taxes when they took ownership.

After riding out the remainder of the ski season, O’Rourke says, he and his partners will complete “minor renovations” to the building in the spring. Perhaps the process has already begun: Earlier this week, an observer could see workers chucking a stream of crates and equipment out the back door and into a dumpster.

The original print version of this article was headlined "Rusty Nail, Resurrected"