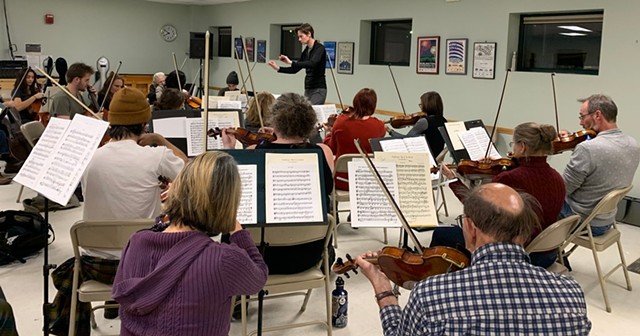 When the Me2/Burlington orchestra posted a job opening online last week seeking a part-time conductor, executive director Caroline Whiddon got a surprise: Two of the first four applicants are from Russia.

“I mean, literally, we're talking about conducting a small orchestra in little Burlington, Vermont, one night a week,” she said. “We posted the salary at $12,000. You don't expect to get international applicants.”

The first application arrived about 48 hours after the job was posted on musicalchairs.info on March 17. In a cover letter, the applicant cited his training — a master’s degree in violin in 2015 and a second master’s degree in symphonic and opera conducting in 2020 — as well as his conducting experience. But it was a single sentence that struck Whiddon.

“In January 2022, I won a competition for the conductor position…” the applicant wrote, “but due to political reasons, I had to leave the country.” He named the musical group in Russia he was to conduct, but Whiddon did not reveal it in order to protect the applicant’s identity.

It’s not clear where he is now. Neither he, nor the other Russian applicant — who said she was born in Moscow, trained in Russia and has dual citizenship in Russia and Italy — included addresses.

The two others who have applied so far listed their locations prominently: Binghamton, N.Y., and Boston.

While millions of refugees have fled Ukraine since Russia invaded on February 24, Russia has faced its own exodus. Tens of thousands have fled, the New York Times reported this week, as sanctions make it impossible for some to work. Others disagree with the war and fear arrest. Those leaving include bloggers, journalists, activists, engineers and video game developers.

Musicians, it appears, are willing to go as far as Burlington for a part-time gig. 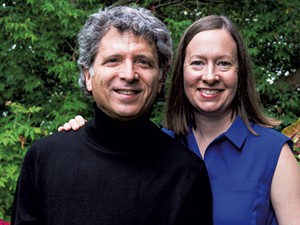 The job, Whiddon said, is an unusual conducting position. She and her husband, Ronald Braunstein, co-founded Me2/ in Burlington in 2011 as a classical music organization for people with mental illnesses and those who support them. “No Auditions. No Fees. No Stigma,” the group’s homepage declares.

That said, having a mental health condition is not a requirement to join a Me2/ program. As its website says: “we won’t ask and you don’t have to share.”

Now based in Boston, Me2/ has orchestras in Burlington, Boston and Manchester, N.H.; a flute choir in Boston; and plans to start a chorus in Boston this fall.

The Burlington orchestra has about 50 members — mostly amateur musicians — who perform three programs, two times each, per season. Braunstein conducted the group until 2019, when Kim Diehnelt took over. She resigned late last year to focus on composing and her family, Whiddon said.

Among the qualifications Me2/ seeks for its next Burlington conductor, according to its job posting, are the “ability to select music and conduct rehearsals that will challenge more advanced musicians without alienating those who are less experienced” and enthusiasm for leading performances in both traditional and non-traditional venues, “including hospitals, gymnasiums and correctional facilities.”

Me2/Orchestra Plays Bach at the Airport [SIV436]
By Eva Sollberger
Stuck in Vermont
“It's a very unusual job,” Whiddon said. “And we really look for someone who is, in many ways, unusual.” On the full posting, on the group’s website, is a statement that says while personal experience with mental illness is not a requirement, it will be considered an asset, Whiddon said.

“So you're managing a room not only musically, but also keeping an eye out for people's mental health, and whatever emotions they may be processing while they're also playing Dvořák and Beethoven, and whatever else,” she went on. “So yeah, we're a unique ensemble, for sure.”

Me2/ will accept applications until April 15, and then its hiring committee, comprised of orchestra members, will have to decide how to proceed if the Russian applicants are among the strongest candidates because an in-person tryout is typically part of the hiring process.

“We plan to have the final candidates come in, in May, and work with the orchestra,” Whiddon said, “because so much of what we're looking for is not just the skill and the right education or the right experience that you can see on paper, but you're looking for chemistry. … So having them on site would really be crucial.”