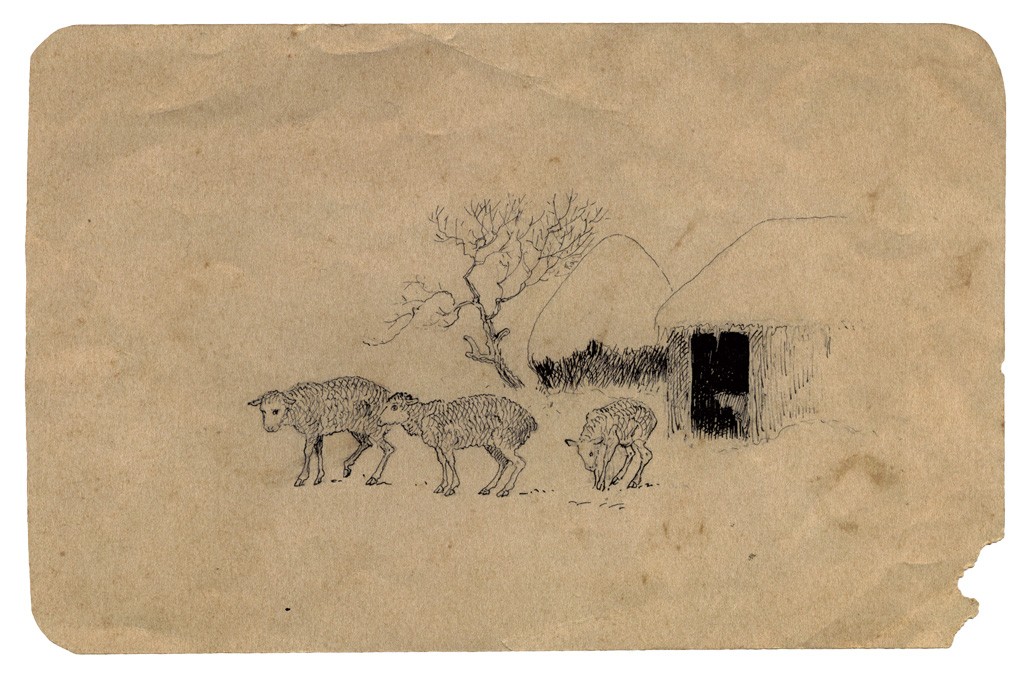 Most Vermonters acquainted with Rokeby Museum in Ferrisburgh probably associate it with the Underground Railroad. The main display at the historic site celebrates its 19th-century status as a way station for fugitive slaves heading for Canada and freedom before and during the Civil War.

But Rokeby was, first of all, a working farm during its 192 years as the property of the Quaker Robinson family. Day-to-day life for most of that time was devoid of drama and low on high moral purpose; the Robinsons and their hired help focused on the taxing tasks of shearing sheep, churning butter, tending crops and making hay.

None of those chores appealed to Rowland Evans Robinson. Born at Rokeby in 1833, he was a romantic with the dreaminess of an artist, not the grit of a farmer. He fled the farm at age 25 in hopes of making his mark as an artist in New York City.

But urban life turned out not to appeal to Robinson, either. He returned to Rokeby's flocks of Merinos — perhaps sheepishly? — after a year of unsuccessfully seeking suitable commissions in the New York art world.

Eventually, Robinson found an unlikely art market in regional agricultural publications, for which he drew vignettes of farm life. Nearly 40 of the framed drawings, along with a few engravings made from them, are on view at Rokeby Museum's exhibition gallery through October 25.

"Ironically," writes museum director Jane Williamson of Robinson in an introduction to the show, "the most successful years of his career were spent drawing scenes of the very farm work he hoped to escape." 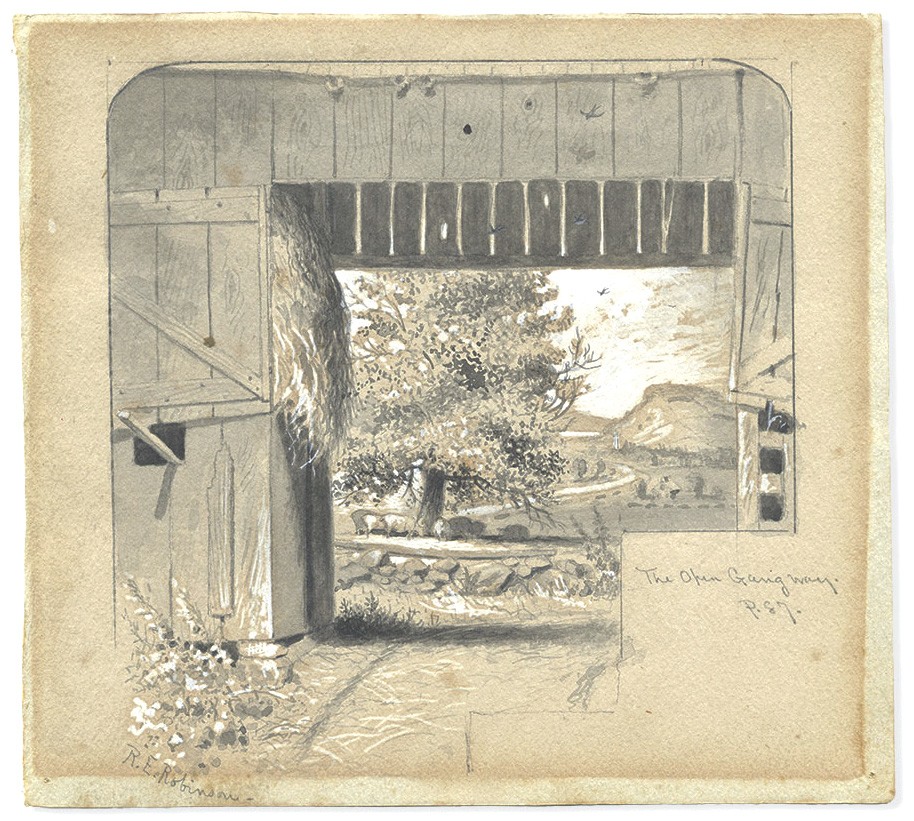 Interspersed with Robinson's compositions, the show features some of the implements the Rokeby has preserved as part of its collection. A ladder for picking apples, hand clippers for shearing sheep and a wooden butter churn are among the objects displayed amid Robinson's drawings of workers who used them.

The artist wielded pen and pencil in a similarly workmanlike way. Robinson was no Rembrandt, but he got the job done with serviceable depictions of farmhands, animals and a rural landscape rendered largely treeless by the grazing of hundreds of sheep and cows.

In one of the best sheets in the show, Robinson departs from his earnest naturalism to sketch himself in caricature form. Bearded, bellowing and wearing a top hat, the artist vents his frustration with orchard pests in a drawing titled "St. Rowland Banishing Worms from Vermont."

Although Robinson was mostly self-taught, he did study with an engraver in Burlington in his youth and took art classes in New York, to which he returned in 1867 for an extended stay. He found work there as a cartoonist while also having his drawings of Rokeby published in the American Agriculturalist and Moore's Rural New Yorker.

A cruel fate overtook the artist in middle age: failing eyesight. Unable to draw but undaunted by his disability, he embarked on a second career as a writer. Robinson proved far more successful with words than with images. His stories, set in a fictional hill town he called Danvis, made him one of the most popular authors of 19th-century Vermont before his death in 1900.

Robinson's ambivalence regarding Rokeby — he was enamored of the beauty of the setting, yet disdainful of the grind of farm life — is vividly expressed in his annotation to a drawing of calves. He refers to them as "those soft-eyed, sleek-coated, beautiful idiots."

Rokeby Museum recently published a modest 48-page book that covers the same period as the exhibit: Farming & Feasting With the Robinsons. It features Rowland Evans Robinson's drawings, essays by Vermont author Jesse Natha, an introduction by Williamson and even a few recipes. Eating local may be all the rage now, writes Williamson, but not so long ago, it was the only way. Among the museum's massive collection are "letters and household records detailing the family's ways of farming, preserving and eating."

The exhibit and the book provide insights into how one Vermont family survived — on food and art — in the late 1800s.

Farming & Feasting With the Robinsons, Rokeby Museum, 48 pages. $15. Available in the museum gift shop or online.

The original print version of this article was headlined "What Locavore Looked Like: 19th-Century Drawings at Rokeby Museum Show Life on the Farm"