Roots Farm Market to Open in Middlesex This Spring 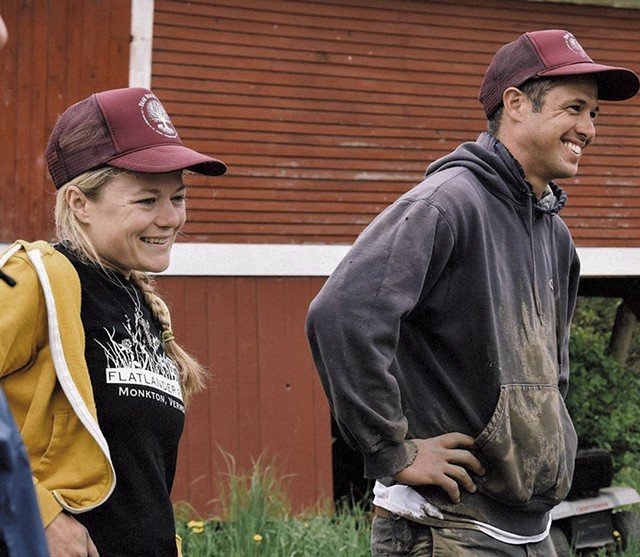 A farm market will open in Middlesex this spring at the site of the town's old general store, bringing local produce to the Washington County town year-round. Bear Roots Farm, a diversified organic vegetable farm in Barre, will launch Roots Farm Market at 903 Route 2 in May, co-owner Jon Wagner said.

Just as rural areas need improved access to local food, Wagner said, area farmers need more distribution points. He hopes opening the farm store at the intersection of routes 2 and 100B will address both those needs.

The 19th-century building Bear Roots is renovating was home most recently to the Middlesex Country Store, which closed about two years ago, leaving the town without a food market. Roots Farm Market will offer the range of products — vegetables, dairy, value-added food — that is available at Vermont farmers markets, said Wagner, 33.

"It would be nice to see smaller farm market stores as the next step beyond a farmers market," he added. "Especially for producers that are growing their business and looking to have a permanent situation for their future and maybe even the next generation."

Wagner and his wife, Karin Bellemare, grow 10 to 12 acres of vegetables on the farm they started in 2014. This winter, they put up roughly 90,000 pounds of root vegetables. These crops will be available at Roots Farm Market, Wagner said, along with value-added products made from surplus vegetables, such as salsa and tomato sauce produced for Bear Roots by Butterfly Bakery of Vermont in Montpelier.

The store will work with other vendors and farms to carry their products, too, Wagner said. One is Hoolie Flats Farm in Calais, whose owner, Mike Betit, is overseeing the Roots Farm Market renovation. Betit previously ran Tamarack Hollow Farm in Burlington's New North End, among other agricultural ventures.

"He's a jack-of-all-trades," Wagner said. "Any other person would look at this building and say, 'Forget it.' I brought Mike in, and I said, 'What do you think?' and he said, 'I love this.'"

Wagner and Bellemare met at Green Mountain College in Poultney, where they played on the school's soccer teams. The college recently announced that it will close at the end of the spring semester.

It's sad to see the local institution come to an end, Wagner said, "but we're the seeds that are growing."

The original print version of this article was headlined "Growing Roots"