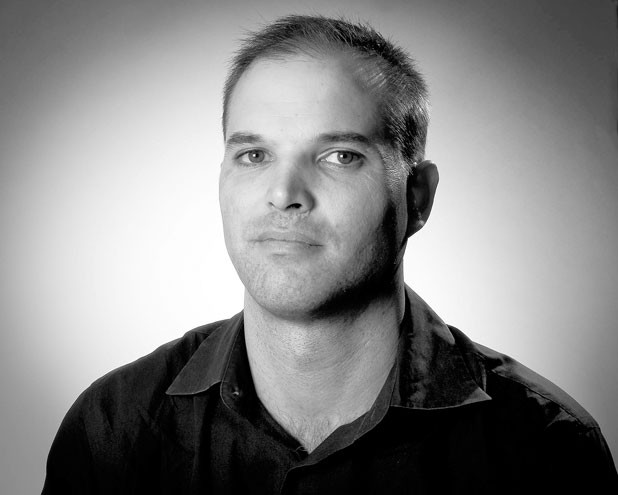 There are more differences than similarities between U.S. Senator Bernie Sanders and Rolling Stone contributing editor Matt Taibbi: age, job title and hairstyle, to name a few, and Taibbi regularly characterizes people as “assholes” in print.

What do they have in common? Both call out corporate America’s most unscrupulous players. On Friday, they’re teaming up for a town-meeting-style meeting in Burlington that promises to be a lively and entertaining discussion about how to cut Wall Street’s big banks down to size.

Sanders introduced legislation on Monday to break up big banks; it would give the Treasury Department 90 days to identify financial institutions whose failure would have a “catastrophic” effect on the U.S. and global economies.

A 43-year-old Boston native, Taibbi has earned notoriety in recent years for translating arcane and inscrutable financial scandals into digestible, often hilarious, prose. His first major foray into financial reporting for Rolling Stone was an April 2010 piece called “The Great American Bubble Machine.” In that article, Taibbi famously likened Goldman Sachs to “a great vampire squid wrapped around the face of humanity” and described how the world’s largest investment bank reaped billions from its role in a half dozen financial bubbles over several decades.

Realizing there was demand for stories that unpack the byzantine world of financial regulation, Taibbi went on to pen acerbic takedowns of Bank of America, the London-based HSBC and Mitt Romney’s Bain Capital. In 2011, Taibbi released his book Griftopia: A Story of Bankers, Politicians and the Most Audacious Power Grab in American History.

Taibbi, who spoke to Seven Days by phone last week from his home in Jersey City, N.J., says Sanders called him “out of the blue” recently and asked if he’d come to Vermont for a classic Sanders barn burner. The two got to know each other eight years ago around a different Rolling Stone piece. Sanders was the hero of Taibbi’s 2005 story “Four Amendments & a Funeral: A Month Inside the House of Horrors that is Congress.”

Evidently, Sanders believes Taibbi is one of the few journalists capable of explaining the global financial mess to ordinary Vermonters in language they can understand. And that might necessitate the occasional swear word or two.

SEVEN DAYS: Reporting these financial stories, do you ever feel like you’ve just uncovered the truth behind some paranoid global conspiracy theory?

MATT TAIBBI: That’s the ironic thing. You have all these people out there who are genuine conspiracy theorists, who think the Rothschilds and the Illuminati are running the world, but here you have the real thing and it’s happening out in the open. And it’s strange that there’s a lack of public attention on it. For some reason, it doesn’t fire up the imagination in the same the way something truly secret would, which is strange.

SD: Why not? Are these stories too hard for journalists to make sexy?

MT: That’s a big part of it. Most of this stuff is camouflaged in really dreary verbiage. There’s this whole set of blinding jargon that comes with this world and it’s very hard for the ordinary person to fight through the camouflaging aspects of these stories. But once you get underneath all that, it’s the same stuff of suspense novels and fantastic conspiracy theories.

SD: How’d you learn to decipher this stuff? Just by wading into it?

MT: Yeah. I was covering the presidential election in ’08. Remember the whole “Drill, baby, drill” thing? [John McCain] unveiled a version of that speech while I was on the campaign trail with him in Kenner, Louisiana. Afterward, all the reporters were kind of busting on him and saying, “What a moron! As if drilling in the Gulf of Mexico has anything to do with rising gas prices.” And I raised my hand and asked, “Do any of us know why gas prices are going up?” And it was like, crickets. Nobody knew. So I turned to this TV reporter next to me and said, “Doesn’t that make us all frauds?” And he said, “You’re just figuring that out now?”

MT: That was a real unsettling moment for me. We’re in the business of claiming to be experts in things we’re not experts in. But when you really get down to it, most of us don’t really know how the economy works. We report that the economy is good when the stock market is up and the unemployment numbers are low, but beyond that we really don’t think about it.

SD: Have any of your personal attacks on people ever backfired?

MT: The first big finance story I did was about Goldman Sachs. I was extremely nervous before that story came out because a lot of it was new material for me, and I had to trust a lot of sources who were really insistent that this is how things are. I trusted them, but I didn’t know. When I put that out there, I immediately got these attacks by people who said, “This guy’s a foulmouthed amateur who doesn’t really know what he’s talking about.” And to an extent, they were right. But this is the job. You talk to a whole bunch of people and you have to make a character judgment about who is the most trustworthy and which ones make the most sense.

SD: Recently, you wrote on your blog that you were just about to pen a low-blow attack on someone until a voice in your head said, “If you write that shit and Bernie Sanders sees it, he’s going to be disappointed in you.”

MT: Bernie’s like my conscience. We did that article together a long time ago when he was still in the House, and I just went back and reread it a couple of days ago. If I had done that article now, there’s a lot of language I would have changed because I would have wanted Bernie to approve. He has that effect on people. You want to be taken seriously by serious people, and he’s the definition of a serious person.

SD: Is it weird, as a journalist, to accept an invitation to speak at a politician’s event?

MT: No. Obviously, there are boundaries that journalists can’t cross, and it’s a good idea to keep that in mind. A good example of that was my colleague at Rolling Stone, Michael Hastings, who got criticized for not honoring the personal relationships he had with generals in Afghanistan. You have to be careful about crossing the line between being a colleague and being an observer. But in this case, it’s not like that. It’s so clear from my work that I have a subjective point of view on all this stuff. And it’s also clear that I agree with Bernie on pretty much all of it.

SD: Do you think he’s actually making a difference in Washington?

MT: Absolutely. I really do. You have this idea that politics in America is this immovable collection of interests and that there’s no way a single individual can really do a whole lot. But the reality is, one determined, smart person working within the system can accomplish quite a lot. Bernie and Ron Paul, who are two classic outsider types not part of the mainstream political system, accomplished something that generations of congressmen failed to do, which was look into the Fed’s books. It was an incredible thing.

SD: If you could order the Justice Department to use its legal muscle to its fullest extent, what would you target?

MT: I think Bernie would say the same thing: The number one thing we need to do is break up the banks. Since 2008, there’s been this tremendously corrupting thing, where failure can’t fail, and that’s taken all the normal market processes out of the picture. You have to remove this systemic danger and cut them down to size. Otherwise, we’re going to be giving them subsidies for the rest of eternity.

SD: So where do you keep your money?

MT: I’m going to make a painful confession here. I do keep most of my money in one of those [investment] banks, but I do have a credit union account. I’m just an incredibly lazy person. But it’s kind of a problem. The only truly full-service companies that exist are these problem companies.