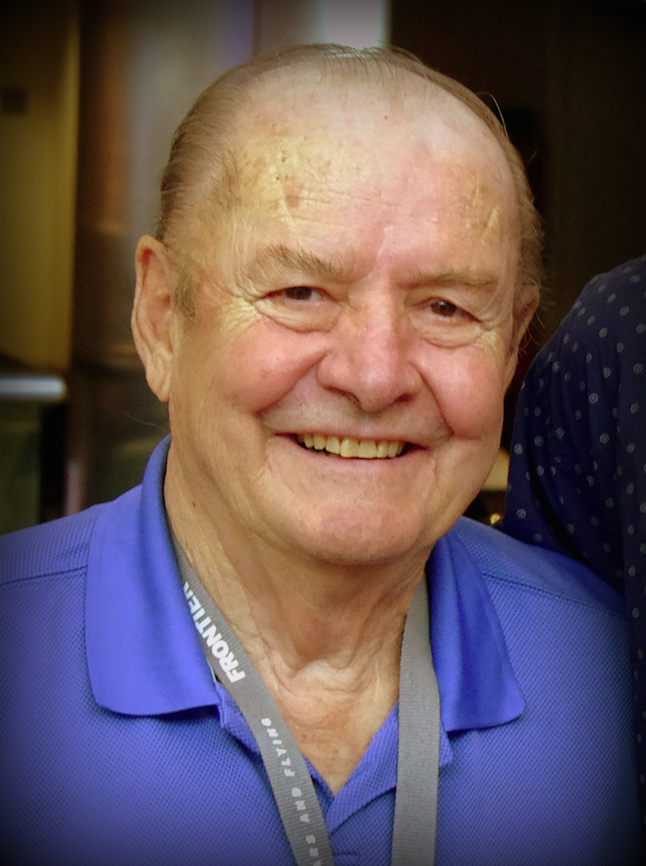 Roland Frank Mease – husband, father, grandfather and friend – passed away on Thursday, May 8 after 81 years of a life filled with family, friends and good times.   Born July 9, 1932 in Riegelsville, PA, he was the youngest of six sons of the late Frank and Lottie (Unangst) Mease. Roland served in the U.S. Air Force at Lowry Field in Denver. He met the love of his life, Nancy Lee Keating at Woolworth’s variety store, and they were married on Valentine’s Day in 1953. They celebrated their 50th anniversary surrounded by their family in 2003. He was a graduate of the University of Denver and worked for Martin Marietta, Continental Airlines and Frontier Airlines during his career as a production planner.   He is survived by five sons, Stephen and his wife, Cheryl Dorschner of Williston, VT; James and his wife, Sheila of Golden, CO; Christopher and his wife, Leslie of Littleton, CO; Jason and his wife, Wendy of Franklin, TN; and Kirk of Denver; 10 grandchildren: Joe and his wife, Stephanie, Noah, Asa, Cooper, Chandler, Riley, McCulloh, Skyler, Savannah and Braeden; and three great grandchildren, Emerson, Preston and Lillian.   Roland was a deeply caring, compassionate man, always ready to help a neighbor, go bowling with friends, play ping pong in the basement with his grandkids, travel, and throw some Omaha steaks or lobster tails on the grill for family gatherings. He enjoyed the race tracks – win some, lose some. He had a reputation for growing delicious red raspberries.  He was predeceased by his wife Nancy in 2008, and his parents and brothers.  A service to celebrate his memory will be held at the Newcomer Funeral Home, East Metro Chapel, 190 Potomac St., Aurora, Colorado on Sunday, May 18 at 11 a.m.   In lieu of flowers, donations may be made to The Denver Rescue Mission; P.O. Box 5206; Denver, CO 80217. Or to the Colorado Chapter of the National Alzheimer's Association; 455 Sherman St., Suite 500; Denver, CO 80203.   To share a memory of Roland or leave a special condolence message for his family, http://bit.ly/rolandmease