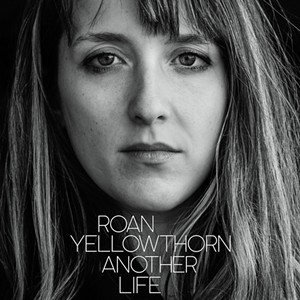 In a 61-part series for online music blog Atwood Magazine, Plattsburgh, N.Y., singer-songwriter Jackie McLean of indie-pop duo Roan Yellowthorn documented the making of her band's sophomore album, Another Life. Her confessional writings began in February 2020 — and we all know what happened the following month. Adapting to new realities, McLean revised her original plan to detail the nitty-gritty of writing, recording and publishing a record to include her own pandemic experience.

In an interview with Atwood upon the album's completion more than a year later, McLean revealed that Another Life is, at least in part, a way of processing a childhood full of mental and emotional abuse. Her father is "American Pie" singer-songwriter Don McLean, who was charged with and pleaded guilty to domestic assault in 2016 against her mother, Patrisha McLean. Following the couple's subsequent divorce, Patrisha became a public advocate for women who had faced similar violence, amplifying stories of survivors in a project called "Finding Our Voices."

Like her mother, Jackie McLean turns trauma into art. Propulsive cut "Vampire" finds her singing, "I wish I could trust you / I wish you would let me rest / Oh you're turning me into a monster / I've learned from the best." Those are some harrowing lyrics, even if the song isn't about her father. (In a 2018 review of Roan Yellowthorn's debut, Indigo, I pointed out McLean's parentage as a "fun" fact. I now regret this word choice.)

"Stranger" is a perfect example. McLean is an observer here, removed from a subject that fascinates her. She never judges, only describes what she sees. Musically, the song brims with optimism, despite hints that its singer may feel resentment. Glowing mellotron and synths dot a foundation of weighty piano and wisps of guitar. Everything converges to make a refreshing, hopeful sound.

Roan Yellowthorn linger in a sweet spot that's difficult to articulate. Their slight departures from it, like the synth-soaked "Unkind," are all the more enjoyable. The song brings a mild Americana vibe to the progressive pop throughout the record. The title track does this, as well, expanding musical and lyrical concepts. The song is blurry and beautiful, with McLean stretching out her words over a similarly sustained cradle of synths and gently picked electric guitar.

Another Life is an indie-pop album that centers McLean's search for herself. It's both an escape and a rescue mission — and a solid entry in Roan Yellowthorn's growing catalog.

Another Life is available at roanyellowthorn.bandcamp.com.