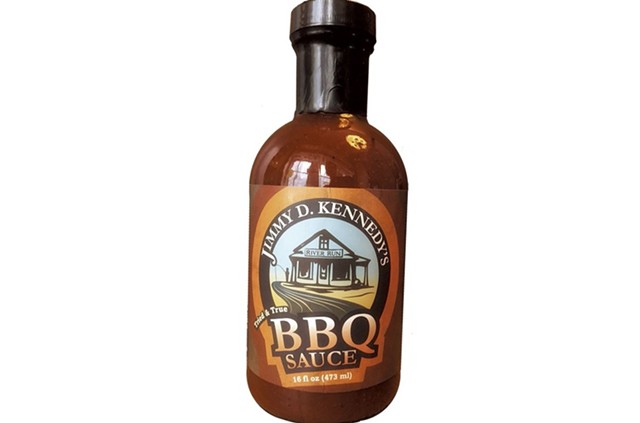 Jimmy D. Kennedy's River Run restaurant in Plainfield, which closed in 2010, was famous for its catfish, its hush puppies and its customers, who included David Mamet. Now those who never got to taste the Mississippi native chef's barbecue sauce will have their chance. With the help of co-packer Joshua Pfeil and Michael Pelchar, formerly of Keurig Green Mountain, Kennedy is bottling Jimmy D. Kennedy's Tried & True BBQ Sauce. The label features a drawing of the River Run.

"I think it's the best recipe I ever came up with," Kennedy said of the sauce, which is made from a combo of tomato paste and vine-ripened tomatoes, sweetened with brown sugar and molasses. "It's mostly about the proportions and the quality of the products that you use."

Currently a professional angler, an employee of Cabot Creamery and a seasonal caterer, Kennedy expects to sell the sauce at the Plainfield Co-op and Hunger Mountain Co-op in Montpelier and is reaching out to Burlington-area stores. "Now it's just a matter of figuring out how to market this thing," he said.

The original print version of this article was headlined "Second Run"