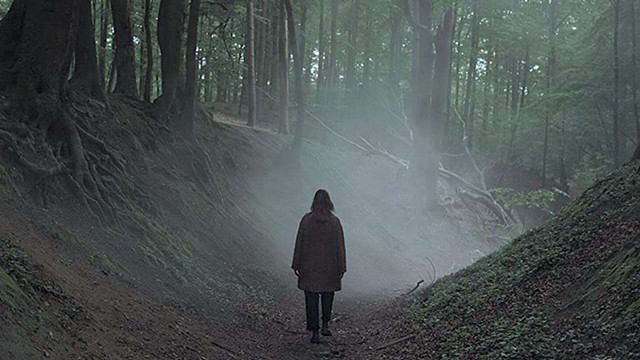 Our streaming entertainment options are overwhelming — and not always easy to sort through. Recently, I was telling a friend about the interesting Danish high school graduation customs documented in 2021 Oscar winner Another Round. (Oral exams on philosophy! Very drunk kids in nautical-looking caps boarding a party bus, accompanied by their equally drunk teachers!) She informed me there was a whole mystery series pivoting on just such graduation festivities gone awry.

I had to watch it. "Equinox" (2020) is a six-episode Netflix original series produced in Denmark, directed by Søren Balle and Mads Matthiesen and based on the podcast "Equinox 1985," created by Tea Lindeburg. The show doesn't shed any light on the origins of those "The Love Boat"-esque caps (actually a long Nordic student tradition), but it's a head trip, all right.

In 1999, 21 graduating seniors went off on a party bus, swigging and yelling and flirting. The bus was later discovered on a country road with only the driver and three students inside; the rest of the class was gone.

Twenty-one years later, no trace of the missing students has ever been found. Astrid (Danica Curcic) is the younger sister of Ida (Karoline Hamm), one of the disappeared. Now working as the host of a call-in radio show about the paranormal, Astrid remembers vividly how frightened and reluctant to go on the bus Ida seemed that day. The loss drove their parents apart and left Astrid with waking nightmares.

A cryptic on-air call from Jakob (August Carter), one of the three graduates who didn't vanish, spurs Astrid to return to Copenhagen and try to solve the mystery of what happened to her sister.

It's no surprise to learn that "Equinox" started as an audio drama. Astrid initially announces her intention to tape a radio show about the mystery, a perfect setup for the mockumentary format so popular with horror podcasts.

But the Netflix version abandons the radio-show conceit almost immediately. Rather than follow Astrid's progress toward the truth in procedural fashion, "Equinox" hops around in time. Flashbacks make us privy to Ida's perspective in the months before her disappearance, showing us things that Astrid has no way of knowing.

Or should have no way of knowing — because Astrid, it turns out, has always had an awareness of things beyond her ken. She's not much of a detective or a journalist; viewers expecting a whodunit will be frustrated by the seeming lack of logic with which she investigates. (For instance, after failing to connect with Jakob, she appears to forget about the other two surviving students for a while.) In fact, Astrid is a bit of a basket case — or she's the only person who's ever known the truth about what happened, and would still know it if she hadn't allowed her elders to convince her she was mentally ill.

With its unreliable, often passive protagonist, "Equinox" is closer to moody horror than to mystery. It seems to be aiming for that "Twin Peaks" vibe; any solution is secondary to the realization that everything in ordinary life is woven through with sinister intention.

If the characters' motivations don't always hold up, the acting does. Viola Martinsen is haunting and haunted as the psychic 9-year-old Astrid, and several performers do memorably quirky turns in small roles.

The filmmakers excel at creating creepy visual textures. Aerial shots of the woods are a horror cliché these days, but here the drone photographers also get major mileage out of the city of Copenhagen, with its cold, glassy skyscrapers and stone row houses as severe as Victorian matrons. Folkloric motifs — birds, hares — weave their way into the narrative. When Ida and her school friends get involved in the occult, the action moves to a deserted island that becomes the scene of a hypnotically eccentric equinox ritual.

"Equinox" feels like a dream, with less of a climax than a foregone conclusion. And when it's over, viewers may find most of the story vanishing from memory, as dreams do. But you'll probably never think of graduation and its associated rites of passage the same way again.

Midsommar (2019; Amazon Prime Video, rentable): If you enjoy artistically filmed rituals of neo-pagan cults, the folk horror films of Ari Aster are for you. This one also has that special Scandinavian flavor.

"Black Spot" (two seasons, 2017-19; Netflix): If you prefer your supernatural-themed entertainment to be combined with strong procedural elements, check out this French series set in an isolated woodland town with a bizarrely high murder rate.

"The Sinner" (three seasons, 2017-20; Netflix, rentable): Each self-contained season of this USA Network anthology series focuses on the "why" of a murder, not the who. Shows like this and "Equinox" could be called "dozy mysteries" — they're heavy on atmosphere, pretty images and dark truths about the human condition, but you won't miss much if you watch in a pandemic haze.

The original print version of this article was headlined "Equinox"