Birdseye Building Designs With an Eye to the Landscape 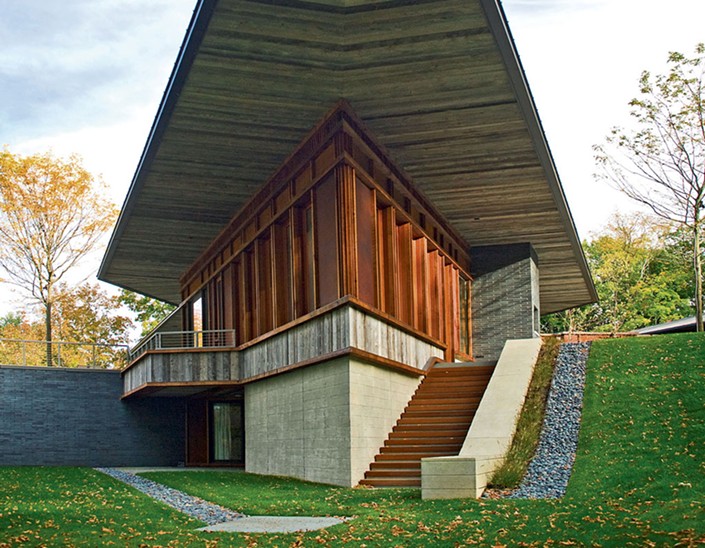 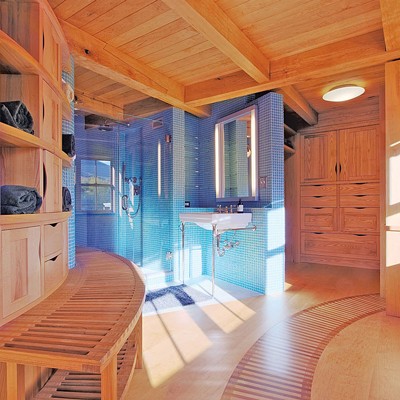 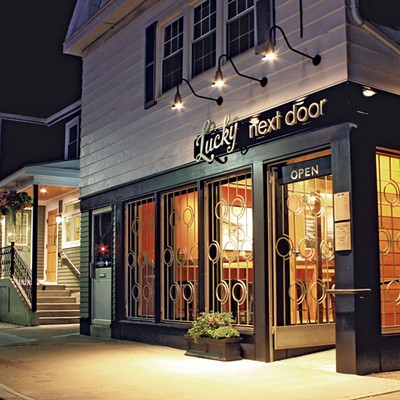 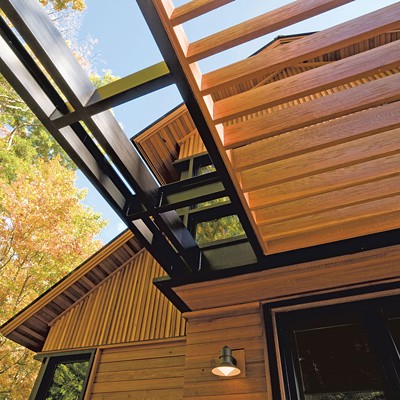 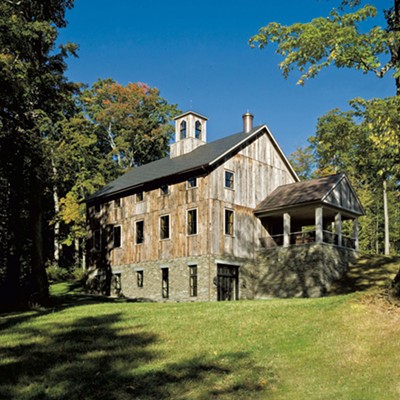 The menu bar on Birdseye Building's website immediately conveys what the text means by "full-service custom home design-build company." It means more than drawing up plans and constructing a house, though the Richmond-based business excels at that. Click on any of the other tabs — "Woodworking," "Metal & Glass," "Sitework" and "Energy" — to see just how Birdseye has evolved over three decades.

Yep, the company can manufacture a unique metal handrail, carve out a rural driveway or install a tidy array of solar collectors. Yet Birdseye is still best known, and justifiably so, for its houses.

When John Seibert and Jim Converse launched Birdseye 33 years ago, they may not have anticipated the diversity of the residences they would eventually construct: a minimalist box cantilevered on a lakeside hill; a sprawling, New England vernacular farmhouse; an urban oasis all warm woods and native stone. And, like any young entrepreneurs, they surely had no idea how their company would grow — that it would add designers and architects, or artisans in wood, metal and glass. Or that it would eventually become employee-owned.

Though Birdseye is an ESOP (a company with an employee stock ownership plan), its 37 employees may also work independently. During a tour of the company's rambling quarters on Huntington Road, principal architect Brian Mac — who started Birdseye Design 17 years ago — explains that "ideally, we all work on the same project, but I might take a job elsewhere and work with other builders; and the [Birdseye] builders might work with other architects." The wood and metal shops, run by Jonathan Schumacher and Chelsie Bush, respectively, also create products independently. Seibert and Converse, Mac says, act as general contractors, do the company's marketing and "oversee everything."

A Detroit native, Mac recalls a visit to Vermont some two decades ago that included taking in a Bread and Puppet Circus. The experience helped sell him on the state, he says, and serendipity quickly introduced him to "a group of people involved in Birdseye." Originally he wanted to learn woodworking — "I helped build the Pitcher Inn [in Warren]," Mac notes. "But eventually I'd had enough of working construction, and I got back into architecture."

It was a good move. He counts his own Waterbury home among the many he's designed over 17 years. Though some jobs have taken him out of state, most of Birdseye's projects are within an hour and a half of its Richmond HQ.

Nearly all of that work is residential, but one company photo depicts a commercial space: Lucky Next Door. Burlington fans of Penny Cluse Café on Cherry Street know about its sister restaurant, which is, well, right next door. Mac says he designed it as something of a favor to owners Charles Reeves and Holly Cluse — he's a fan of their popular breakfast, too. The windows and Lucky sign display artisanal metalwork, and, along with the cozy, wood interior, speak to Mac's eloquent design vocabulary.

After the Lucky job, Mac says, he got "a ton of calls" about other commercial projects, but none has yet materialized. He doesn't seem to mind; some 15 projects, large and small, are on his docket at the moment.

Speaking for himself and for Birdseye collectively, Mac describes an aesthetic that is "grounded in place first." When people buy a property, he notes, it's essentially about the landscape. "I like to keep things quiet and beautiful, but I'm all about providing what an architect can do," Mac says. Sustainability is important, too, and not just for practical considerations. "It's sustainable because it's beautiful," he says. "In the end, it's all about making it pretty."

Birdseye's model itself seems to be a sustainable one: Everyone, from the designers to the diggers to the carpenters and craftsmen, is on the same page, each person's expertise informing the others. "We are all integral to what's essential in the project," Mac concludes.