For the past four years, Richmond's only dentist, Howard Novak, believed his patients were drinking water with the recommended levels of fluoride in it. Novak knew that Richmond had been adding fluoride to its water supply for decades — since 1983, in fact — as a way to strengthen the enamel on teeth and make it harder for cavities to form.

He strongly supports the practice and knows the nation's efforts to fluoridate water ranks as one of the top 10 public health achievements of the 20th century, right up there with the eradication of smallpox, according to the U.S. Centers for Disease Control and Prevention.

So it was a shock when Novak learned last month that the town's longtime water superintendent, Kendall Chamberlin, had taken it upon himself to lower the fluoride level in the town's water supply nearly four years ago.

"What's really the rub is that he did it without telling anybody," Novak told Seven Days.

The CDC and the Vermont Department of Health recommend fluoridation at the level of 0.7 parts per million. Chamberlin decided to reduce that by more than half.

Had Novak known, he said, he would have advised patients — especially the parents of young children — to take extra steps to ensure they were getting the fluoride they need.

He might have recommended that, in addition to brushing twice a day with fluoride toothpaste, they also use fluoride mouthwashes, gels or dietary supplements to make their teeth — and those still forming in their gums — more resistant to decay.

Chamberlin effectively made a medical decision for everyone else in town without their knowledge, Novak said. So what would town leaders do about it?

"It's the fact that we didn't have the opportunity to give our informed consent that gets to me." Katie Mather tweet this

On Monday night, Novak and the rest of Richmond got the answer. The town's five-member Water and Sewer Commission voted unanimously to instruct Chamberlin to immediately return to the recommended levels.

The commission also held a closed-door executive session, suggesting that Chamberlin, who has worked for the town for 37 years, might face disciplinary action. He told Seven Days before the meeting that he expected the commission might take such action against him.

Chamberlin, who had attempted to explain his decision during a previous meeting, appeared remotely in Richmond Town Hall, turning on his video camera just long enough to deliver a short mea culpa.

"Words cannot express how sorry I am for causing this controversy," he said. "I offer my sincerest apology to the residents of Richmond, especially to the town manager, and Water and Sewer Commission, and the selectboard."

It's unclear whether Chamberlin will be disciplined. Town Manager Josh Arneson said such decisions are not public.

Chamberlin's professional fate aside, the issue appears far from resolved. The commission sidestepped a wider discussion about whether the town should even be fluoridating its water. Commissioners vowed to make sure the public is involved in any future decision, possibly including more public hearings or a referendum, which Chamberlin has publicly advocated.

Whichever path the town ultimately chooses, Richmond's experience underscores how divisive public health measures can become when they involve governmental decisions or directives about what goes into people's bodies. Yet in this instance, there was no public debate, or awareness, of his action.

"It's the fact that we didn't have the opportunity to give our informed consent that gets to me," resident Katie Mather said at Monday's meeting.

Only about 34 percent of the state's residents drink fluoridated water, compared with 63 percent nationwide. That's due largely to the state's rural nature; many people use private well water.

Still, of those on a public supply, only 56 percent of users get fluoridated water, compared with 73 percent nationwide. By that measure, Vermont is 41st in the nation.

That figure can be attributed in part to the high number of towns with small water systems that lack the equipment, money or staff needed to fluoridate. But even some larger communities, including Bennington, Brattleboro and Manchester, have opted not to fluoridate, often after contentious public debates.

Annette Smith, founder of Vermonters for a Clean Environment, said the fluoride debate still flourishes in Vermont because residents can think for themselves.

"It's about choice. That's what it boils down to for me," said Smith, who worked against fluoridating water in Bennington. There are plenty ways for people to use fluoride without forcing an entire population to ingest the stuff, she said.

In 2015, Smith and other Bennington voters blocked efforts to add fluoride. The following year, voters in Rutland rejected an effort to remove it. Bradford quietly cut fluoride from its system in 2012 but was forced to restore it the following year after local dentists protested.

Even Burlington, which in 1953 was the first community in Vermont to fluoridate, faced a campaign to remove it in 2006. Voters overwhelmingly chose to keep it.

The Vermont Department of Health supports fluoridation, but a patchwork of communities make their own decisions, sometimes in less than transparent ways.

That certainly seems to have been the case in Richmond. 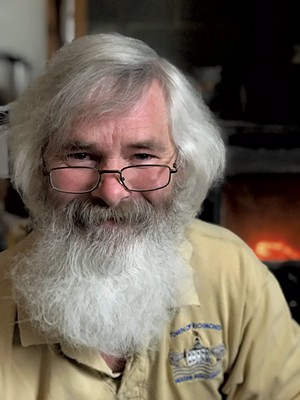 Chamberlin, who has worked for the town water and sewer department since 1985, said he opted to lower the fluoride level to around 0.3 parts per million for several reasons. Most sodium fluoride is sourced from China. He noted that questions have been raised about the safety of items produced in China, including contaminated dog food.

Chamberlin also told sewer and water commissioners at their September 18 meeting that he made the decision because "a couple" of water customers told him they were against fluoridation, and he preferred to be "ahead of the curve" when it comes to removing chemicals from the water supply.

"I think to err on the side of caution is not a bad position to be in," Chamberlin told the commission.

Some of the concerns about fluoride he expressed to the commission, however, appear misguided. He said one reason for reducing fluoride levels was that it was "part of the PFAS issue that we are dealing with right now."

PFAS refers to a class of man-made chemicals used to make carpets stain-resistant, clothing waterproof and cookware nonstick. These chemicals are a significant health concern, and water systems are testing for them, but they "have nothing to do with the fluoride that is used in drinking water," according to the American Fluoridation Society, a group focused on expanding fluoridation in community water systems and debunking myths by opponents.

Those chemicals include a fluorine atom, not the fluoride ion, according to the group.

"People who try to connect PFOS/PFAS to water fluoridation are either ill-informed of the scientific nature of these compounds or they are deliberately seeking to mislead the public," the organization asserts.

When asked about his statement, Chamberlin said he misspoke.

"I don't know enough about the science of it," he said. "I know fluorine is a big problem with a lot of things."

Chamberlin, who holds a bachelor's degree in environmental science from the former Johnson State College, also told Seven Days that he regarded the 0.7 parts per million guidance from the state as a limit not to be exceeded. While the state refers to that figure as optimal, it also makes clear that it considers levels between 0.6 to 1.0 to be acceptable.

Since fluoridation is a voluntary program, Chamberlin said, he figured it was within his authority as the superintendent to change the levels as he saw fit, pointing out that the town continued to fluoridate the water at some level.

He denied that he had done anything in secret, noting that the town makes monthly water quality reports to the state that tally the levels of various chemicals, including chloride, lead and copper. Those are compiled into annual reports available to the public on the town's website.

For years, Richmond's fluoride levels have been more volatile and consistently lower than surrounding communities, said Robin Miller, oral health director for the health department. Richmond's levels fell as low as 0.1 or 0.2 parts per million multiple times, according to a chart she shared with the commission.

"We've been trying to work with Kendall for a while now," Miller said.

There seems to be enough blame to go around, however. Commissioner Bard Hill acknowledged that he didn't keep a close eye on the town's own reports.

And Erik Bailey, the manager of the Village of Johnson, attended the commission meeting on Monday night and said the idea that Chamberlin had somehow gone rogue was just not accurate. Monthly reports by the town showing the lower fluoride levels were signed by the town manager and sent to two different state departments every month for years.

"Either the state doesn't think it's a big deal or they're asleep at the switch," he said.

Miller, the state health official, admitted the health department's own 2021 report erroneously lists 0.7 parts per million for Richmond. Miller said the 0.7 was a "default" figure meant to distinguish the town's water system as one of the 29 in the state that add fluoride — not a precise accounting of the systems' fluoride levels.

All the other participating systems in the state keep their fluoride levels within the appropriate range. Richmond was an outlier, despite repeated warnings from the state, as well as a reduction in its fluoridation program status from good to fair to poor in 2020, Miller said. After a new fluoride program manager brought the issue to her attention in March, she arranged for a contractor to visit the plant and, after little progress, ultimately contacted the Richmond town manager in June.

"Perhaps I should have brought this to Josh's attention sooner," she told Seven Days.