Side Dishes: Changes at area eateries 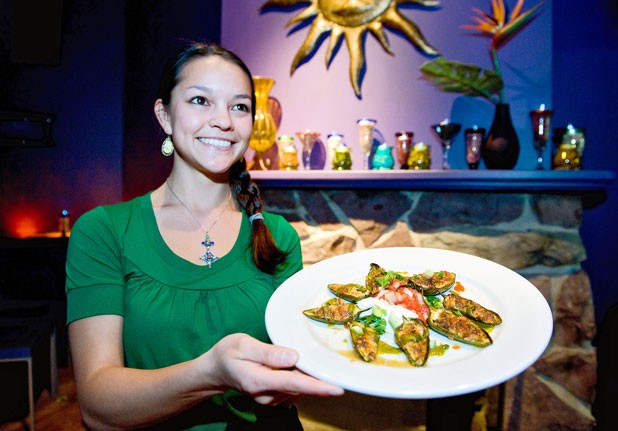 Meñores may have been in a “cursed” location where many other restaurants have come and gone, but spokesperson Megan Terry says its untimely demise had nothing to do with its St. Paul Street spot. The restaurant — a partnership between Franke Salese Jr. of Junior’s and Patrick Finnigan — opened last October with an extensive tequila bar and both Mexican and Tex-Mex fare. It closed last week. “People were coming, but there were some issues with the food and service that needed to be fixed,” says Terry.

Terry — who also does PR for Salese’s other eateries — says the Italian-food entrepreneur wasn’t the one responsible for Meñores’ day-to-day operations: “Franke invested in this because he thought Pat [Finnigan] had a good idea, and Pat vacated and sort of left a void. And basically, Franke was busy with his other businesses, and it didn’t get the attention it needed.” Hinting at deeper problems, Terry adds, “We can’t get in touch with [Finnigan] to find out who is responsible for what.” She declined to comment further on Finnigan’s role.

Will the restaurant reopen with new business partners? Terry isn’t sure. “I can see those windows open; I can see people drinking and enjoying the summer. We were going to do some fun stuff with entertainment on the weekend,” she muses. “I do know there are many people interested in the space.”

Does Salese, whose other restaurants are doing well, want to take advantage of the desirable location? “I know he’s open to it,” Terry says.

For many staffers at Shelburne Farms, working with their new food service manager may feel like a family reunion. Last week, the farm announced that David Hugo — chef-owner of Starry Night Café and chef at the Lake-View Restaurant — will be returning to the inn where he spent five years running the kitchen.

“It’s very exciting. We’re thrilled to have him back,” remarks Rosalyn Graham, the Farms’ director of community relations. She says that, while the Inn had a lot of applicants, including some from out of state, the Colchester native was the obvious choice.

Why did Hugo decide to return? “I like the challenge of starting things, figuring out problems and going on from there,” he explains. “I’m really good at that part. And when I get to the point where all the kinds [of problems] are worked out, my mind starts traveling.”

Hugo says he’s reached the point where both his restaurants run smoothly without his undivided attention. At Starry Night, “I’ve got this fantastic chef who has been with me for 11 years,” he explains. “Now I get to do this as well.”

For Hugo, the challenge of coordinating the progress of food from the property’s farm to its tables offers an opportunity to do the kind of problem solving his restaurants no longer require. “I’m really excited to be there ... The people who work at Shelburne Farms are very special and very passionate about what they do and about the mission of the farm,” he says, lauding the nonprofit’s “great philosophy of sustainability ... It’s exciting.”

When Barre’s Stonecutters Brewhouse closed in January, there was talk of resurrecting the brewery in Chittenden County. Now Bud Stevens, who co-owned Stonecutters with his brother Jason, has decided to stay closer to home ... and go it alone. He’s looking to reopen the business, with the focus on beer rather than food, in nearby Barre Town.

Given that IHOPs elsewhere proffer artificially maple-flavored corn syrup with their flapjacks, the big question on Vermonters’ minds is whether this one serves the real thing. The answer? Yes.