Restaurant at Vermont Country Store Gets a Redesign 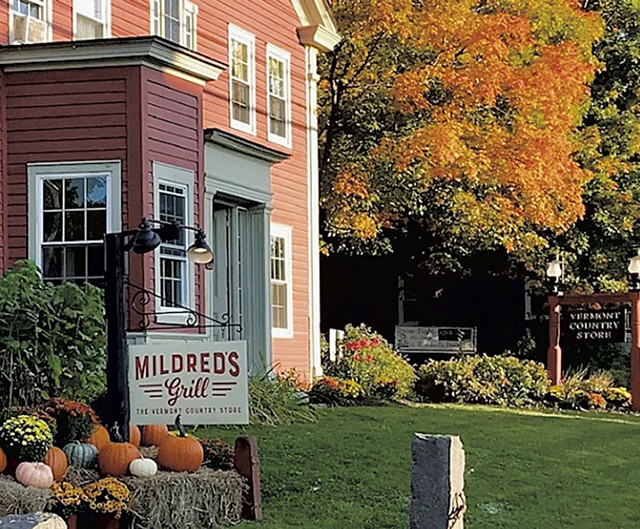 The Bryant House Restaurant at the original Vermont Country Store in Weston is now Mildred's Grill.

The restaurant's new incarnation — which is softly open and will be fully operational starting next week — is named after Mildred Orton, the wife of Vermont Country Store founder Vrest Orton. Mildred was the matriarch of the Orton family, which continues to own and operate the store to this day. According to the restaurant's new menu, Mildred "endeared herself to hungry customers by making her famous ham sandwiches," which were "hearty" and "worth the drive."

The Vermont Country Store, founded in 1946, is a tourist destination and Vermont institution. The redesign of the restaurant, which sits next door at 657 Main Street, is intended to accommodate a higher volume of customers, "getting people in and out without the one-and-a-half- or two-hour wait we had with the old restaurant," food service supervisor Glen Gourlay said.

The building, built in 1827, has been closed since June 9 for a "significant renovation," according to Gourlay. "We removed walls and staircases to make the space more user-friendly and conducive to hanging out," he said.

The new restaurant features counter service only and a lower price point than its predecessor. Rather than the upscale entrées and traditional multicourse fare that the Bryant House was known for, the menu at Mildred's offers burgers made with local grass-fed beef, mac and cheese, salads, and grilled-cheese sandwiches — including Mildred's ham-and-cheddar melt. All are priced at $14 or less.

"We're hoping this will be a comfortable, community-friendly space that appeals to locals and theatergoers, as well as tourists who come to the store," Gourlay said.

The original print version of this article was headlined "Mildred's Menu"