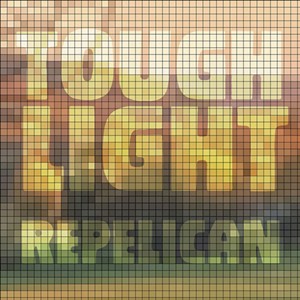 The mood on Repelican's new EP, Tough Light, recalls sitting around a bonfire or taking a dip in an outdoor hot tub in January. The five-track collection of psychedelic folk-rock churns and simmers, yet it keeps something dark and still at bay. Its heat cocoons the listener from cold and darkness, which circle like hungry wolves.

Repelican is the project of producer and multi-instrumentalist Jon Ehrens, a recent transplant based in Panton. Formerly of mid-Atlantic cities Baltimore, Philadelphia and Washington, D.C., Ehrens is known for his work in synth-pop groups Whife and Dungeonesse, among others. The latter was a collaboration of Ehrens and Wye Oak's Jenn Wasner. The duo's self-titled 2013 record was a kaleidoscopic collection of capital-P Pop that Pitchfork's Lindsay Zoladz called "light, infectious [and] effortlessly cool."

Ehrens' work as Repelican goes back much further. His Bandcamp page includes nearly 20 releases from 2003 to present. Tracing his records through the years, it's clear Ehrens is prone to experimentation. The earliest Repelican songs are sketch-like and raw. Tough Light keeps the grit and sprawling sense of exploration, but the songwriting and instrumentation are more focused, and the overall sound is streamlined.

Ehrens' melodic guitar work often stands out the most. His spiderweb riffs are intricate and circular, creating hypnotic motifs throughout the 20-minute EP. Vocals frequently arrive in layered, choral harmonies imbued with reverence.

Opener "Telling on Ourselves" and middle cut "Try Not to Beg" have similar ambience, both edging into math-rock territory. Ehrens' fingers trip up and down the fret board throughout the EP, but he's exceptionally dexterous in these tracks. They share a stinging vibrance and spacious atmosphere.

"In Hiding" is all country vibes. Rattlesnake shakers hiss behind a bouncing bass line as Ehrens sings Appalachian-influenced harmonies. Trills of acoustic guitar swirl throughout.

Closer "That Is the Last Time I Saw the Sun" builds from a clattering groove to a turbulent trudge. Ehrens' majestic choir of vocals peeks through the din like patches of sun through storm clouds.

In the track's final minute, Ehrens' voice comes through clearly and intimately as he sings, "Driving through the snow / Wondering where we're gonna go / That is the last time I saw the sun." The lyrics conclude the record with an unsettling tone of finality.

Having lived in the state for less than a year, Ehrens is a Vermont newbie of considerable interest. His intriguing sound and numerous connections should lead to further delights.

Tough Light is available at repelican.bandcamp.com.

Correction, December 1, 2021: An earlier version of this review identified the band Whife by its previous name.