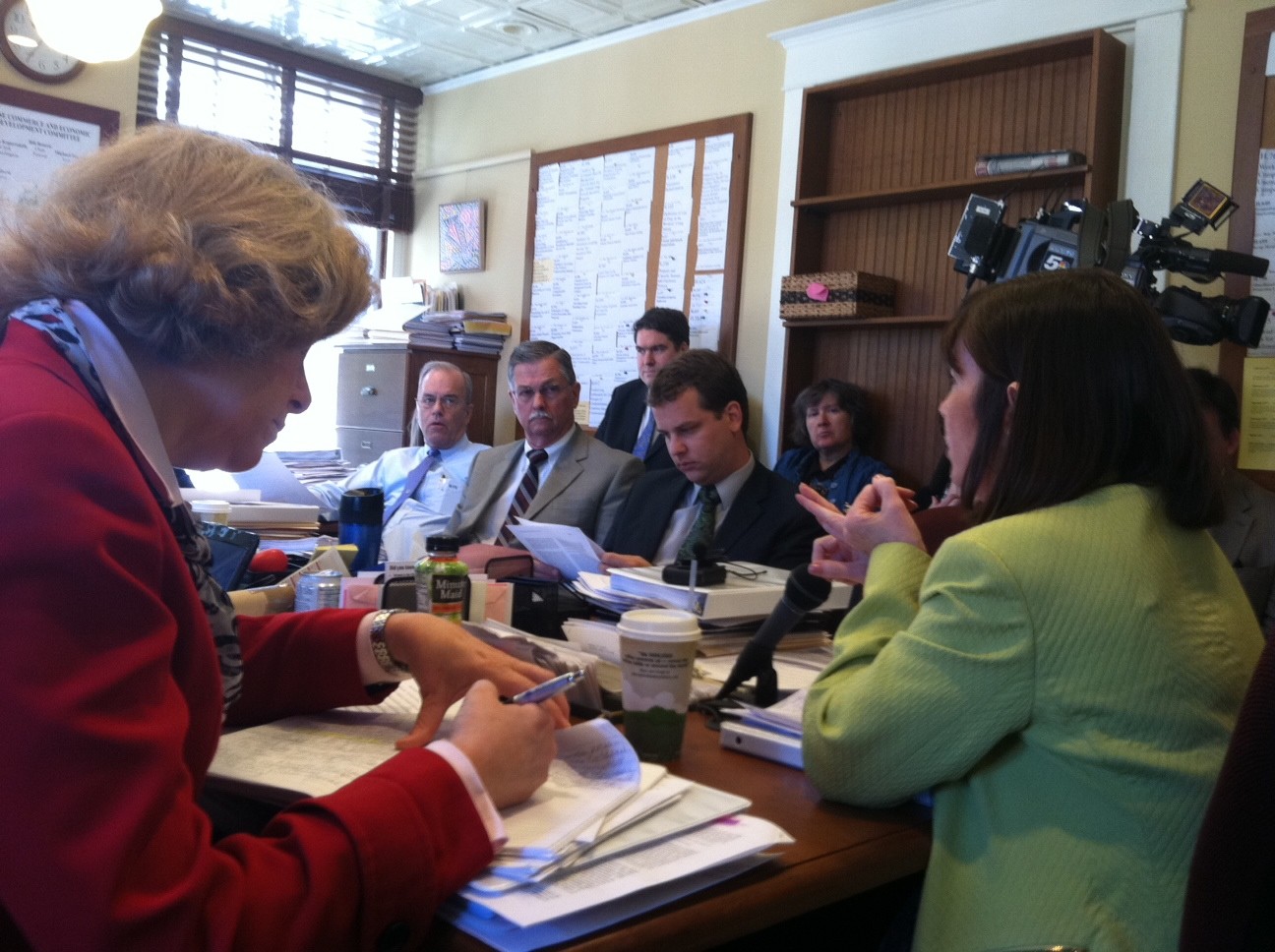 Ever the clever amender, Rep. Oliver Olsen (R-Jamaica) on Thursday took his fight against a proposed utility merger to — of all things — a resolution condemning the Supreme Court’s Citizens United decision.

What would Olsen’s amendment do?

It would prevent U.S. subsidiaries of foreign companies from contributing to domestic political campaigns or “any fund established to finance an inaugural or similar post-election celebration of a candidate’s victory.”

“Here we have an example of the Shumlin administration out there sort of advocating for a constitutional amendment to dispense with the Citizens United decision,” Olsen explains. “They have been very close with a domestic subsidiary of a foreign corporation that’s spent a considerable amount of money lobbying for its position in Montpelier.”

Powell’s and GMP’s connection to the inaugural ball, Olsen contends, “raises a lot of concerns about how independent the Shumlin administration is on this whole merger issue.”

Green Mountain Power spokeswoman Dorothy Schnure disagrees, noting that the ball was a charitable event raising money for the Vermont National Guard Charitable Foundation. In the end, the fundraising effort brought in $70,500 for the foundation.

“I think people have definitely been confused and said we’ve given money to the governor’s campaign. We did not. We do not give political contributions,” Schnure said. “The governor asked Mary to head up the fundraising event. When the governor asks you to do a nonpartisan volunteer effort for the state, she was willing to do that. It raises money to support families of the National Guard. It’s not a political event.”

The Shumlin administration did not immediately respond with comment, but the governor has repeatedly disputed the contention that he is too cozy with Green Mountain Power.

Opponents of Olsen’s amendment argued on the House floor Thursday afternoon that it went beyond the scope of resolutions passed in 64 Vermont municipalities on Town Meeting Day calling for a constitutional amendment reversing the effects of Citizens United.

“I think it’s important we honor the intent and the specific request of the people who voted at all those town meetings which so many of us in this body represent by doing what they asked us to do,” Rep. Richard Marek (D-Newfane) said during debate on the amendment.

While the Citizens United resolution passed the House by a vote of 92 to 40, Olsen's amendment failed by a vote of 42 to 57. Nevertheless, it gave opponents of a controversial provision of the CVPS-GMP merger an opportunity to voice their dissent. Some 70 House members have signed on to a separate amendment that would direct the Public Service Board, which must sign off on the merger and its terms, to return a disputed $21 million to CVPS ratepayers.

A leader of that effort, Rep. Patti Komline (R-Dorset) said of Olsen’s amendment, “The message is that people are influenced. There should not be undue influence from out-of-country corporations.”

Olsen’s moves Thursday appeared to be just a warm-up act for those hoping to change the terms of the merger. Their efforts to return the $21 million to ratepayers have been stymied by House Speaker Shap Smith, who sent a bill they sought to amend to the House Commerce Committee, where it has been languishing since.

Komline said she and fellow merger skeptics plan to make a stand next Tuesday to pull that bill from committee and vote up-or-down on the $21 million provision.

“We’re trying to make it clear that this vote to relieve the committee of this bill will be [House members’] vote to return $21 million to CVPS ratepayers,” she said.

Through a spokesman, Smith said he would oppose the effort to remove Komline’s amendment from committee.

“The House Commerce Committee is doing its due diligence in considering the amendment. I expect the bill to move before the end of the session,” the speaker said in a statement.