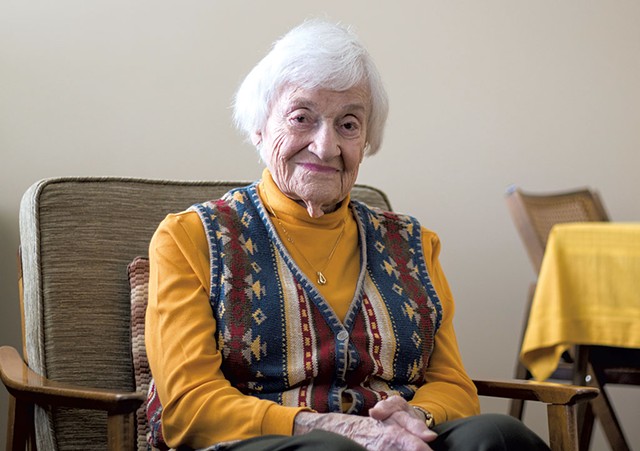 Eighty years ago, Jane Keibel stepped aboard the M.S. St. Louis and said goodbye to Germany, the only home she had ever known. It was May 13, 1939, and the next few weeks would bring the 15-year-old to the doorsteps of Cuba and the United States, where she and the 936 other Jews aboard the steamliner pleaded for sanctuary, fearful that a return to Nazi Germany would be a death sentence.

But they found no refuge.

Instead, the passengers were forced to chart a course back across the Atlantic. They were eventually dispersed throughout Europe just months before war swept across the continent. Nearly a third later died, many in the concentration camps they had so desperately tried to avoid.

The St. Louis became a tragic example of the West's indifference to the plight of European Jews and a footnote to America's difficult history with immigration. The story would be recounted in the book Voyage of the Damned and, later, in an eponymous film.

Keibel, now 95, is among the oldest living survivors of the ship. She recently moved to Burlington's Converse Home and last month joined 15 of her neighbors at the assisted living facility to watch the movie and talk about her experience.

She hadn't recounted the story for a few years. "There are not that many people who ask me anymore," said Keibel, a petite, white-haired woman with deep-set eyes, an easy smile and a remarkable memory.

After the credits rolled, however, members of the small group had many questions. They wondered how she got her education ("haphazardly") and whether she was a good high school student ("no"). They marveled at her youth aboard the ship — "Fifteen!" remarked one woman — and nodded in agreement when she spoke of different times and how she wished that she had asked her parents more questions.

"But that was not done," she said.

Keibel's father owned a large department store in Wuppertal, a city in Western Germany. Like many Jews in his country, he saw the writing on the wall in late fall 1938, when over the course of two days, November 9 and 10, Nazis vandalized Jewish homes, businesses and places of worship, including a synagogue near Keibel's home. They killed 100 Jews and rounded up 30,000 others, sending them to concentration camps.

Kristallnact, as the state-sanctioned violence came to be known, marked a clear escalation in the anti-Semitism that had flourished under the first five years of Adolf Hitler's rule. The "night of broken glass" signaled to many Jews that they were no longer safe in Germany.

Keibel's father swiftly made plans to join his two brothers in the U.S., and in early 1939 secured passage aboard the St. Louis to Cuba, figuring the family could regroup on the Caribbean island before heading north.

The trip took two weeks. Passengers were treated like tourists, despite the fact that the ship flew a Nazi flag, and Keibel, who had never been to sea, enjoyed herself. She played shuffleboard and took photographs. She made a few friends, including a girl named Ruth, with whom she would remain close for 70 more years. 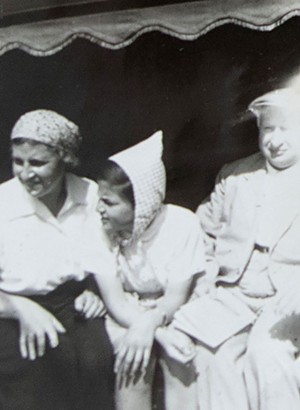 The mood changed once the ship arrived in Cuba, however.

Though most passengers, including the Keibels, had obtained landing certificates and transit visas, Cuban authorities had invalidated the documents a week before the ship set sail.

Motivated by anti-immigration sentiments, authorities allowed fewer than 30 passengers to enter the country. The rest were forced to wait on the ship for a week with little information.

Jews who had arrived in Cuba on previous trips paddled out to the St. Louis to shout words of encouragement. "Mañana," they yelled optimistically to the ship's passengers. Tomorrow.

But each passing day added to the desperation.

On May 30, 1939, a man slashed his wrists and jumped off the ship. He was saved, but the suicide attempt thrust the St. Louis into the international spotlight, as newspapers around the world carried stories about the desperate act. After another suicide attempt, the captain warned that more could follow if the passengers didn't get good news.

"There was a lot of suicide talk among us children," Keibel said in her tidy Converse Home apartment, which is lined with books and photographs. "That was scary. I don't think I would have gone along with that. But these are thoughts that come into your mind. You don't want to go back." 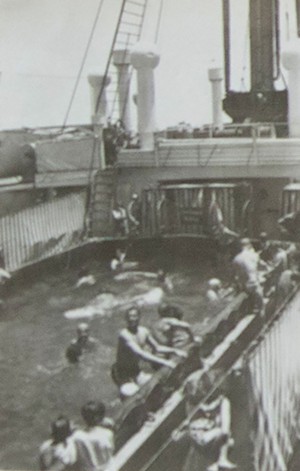 After a week, the captain steered the ship toward Miami. Some passengers later said that they were so close to the shore they could see the palm trees. But the U.S. was equally uninterested in harboring the refugees.

Citing immigration quotas the country had passed 15 years before, American officials informed the passengers that they would have to join a years-long waiting list. Keibel and other children signed a cable that was dispatched to president Franklin D. Roosevelt, begging him to change his mind. He didn't.

A group of prominent Canadian citizens also petitioned its government to take in the refugees, to no avail. Frederick Blair, the country's immigration director at the time, summed up the indifference by saying, "No country could open its doors wide enough to take in the hundreds of thousands of Jewish people who want to leave Europe. The line must be drawn somewhere."

Low on supplies, the St. Louis eventually turned back toward Europe, four weeks after it had left. A New York Times editorial described the vessel as the "saddest ship afloat."

"There seems to be no help for them now," the editorial read. "The St. Louis will soon be home with her cargo of despair."

Jewish organizations successfully lobbied the Netherlands, Belgium, Great Britain and France to accept the passengers upon their return to Europe.

Keibel's family settled in Paris with the help of a Jewish group that aided immigrants. But without any money, her parents could not afford to keep the children with them, so Keibel and her sister spent six months in a French orphanage operated by Russians. Though she missed her parents, she was treated well, and the teenage Keibel developed a sense of independence. After air raids, for example, she often helped bring the younger children back to their beds.

The family reunited and obtained American visas. Near the end of 1939, they set out across the Atlantic again. Her uncles met them at the harbor in New York City and brought them to their new home in Queens, where Keibel lived until May of this year. Her son Peter resides in Vermont.

Keibel remembers a time when almost everyone knew what being a passenger on the St. Louis signified. But the burden of being a part of history is that you may grow old enough to see it forgotten. 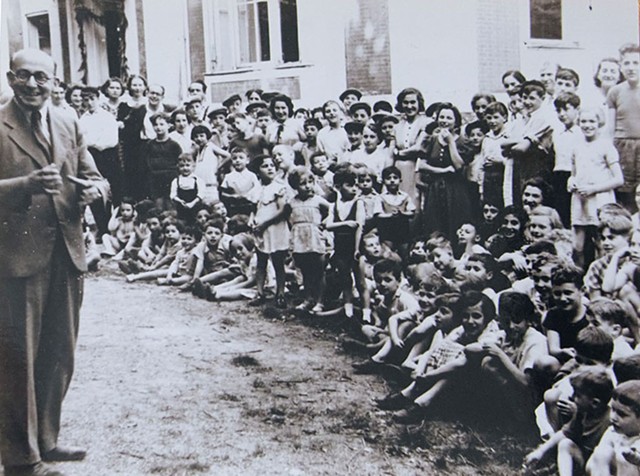 She was not aware that the St. Louis had received renewed attention two years ago, when software developer Russel Neiss and Rabbi Charlie Schwartz teamed up to publish the names and photos of some of the ship's passengers under a Twitter account named St. Louis Manifest.

They launched the social media campaign on International Holocaust Remembrance Day and in response to rumors that President Donald Trump was going to make it even harder for refugees to get into the United States.

One of the more than 1,000 tweets is a photo of a young boy who is no more than a few years old, standing by a doorway, wearing an all-white outfit and a big smile.

"My name is Joachim Hirsch," reads the tweet. "The US turned me away at the border in 1939. I was murdered in Auschwitz."

The day after the project went live on January 27, 2017, Trump signed an executive order indefinitely barring Syrian refugees from entering the U.S., and he has continued to reduce the influx of immigrants since. In fiscal year 2017, 236 refugees settled in Vermont. Two years later, that number dropped to 115.

"It's still happening," Keibel said of America turning people away. "Maybe not the same method, but they don't want people because they're not the right color, and they don't have the right religion. This is crazy. They are human beings."

While she once thought telling her story over and over might change things, Keibel has reached a different conclusion.

With a sad smile, she said, "People haven't learned anything."