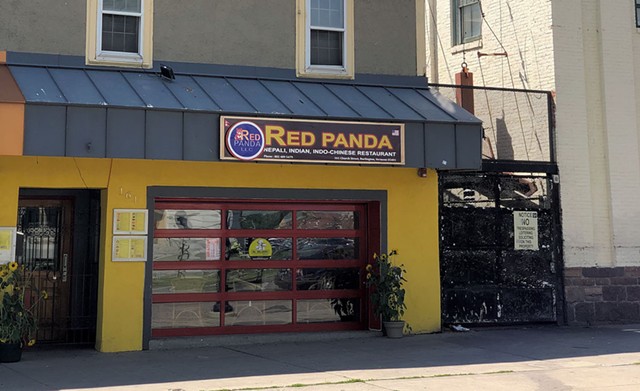 There's a new Nepali/Indian/Indo-Chinese restaurant in town as of last week. Red Panda opened on Tuesday, July 23, at 161 Church Street in Burlington. The space was formerly occupied by Thai Dishes, which closed earlier this year after a five-year run. The owners and staff of Red Panda, led by Dan Raut, prepare dishes from the Himalayan region where they grew up. "We're using authentic spices and making the good, healthy food we cook at home every day," Raut said.

The menu is an extensive list of appetizers; curry dishes with vegetables, chicken, lamb, goat or seafood; biryani; noodles; traditional thali; and Nepalese momo. Raut hopes the restaurant will create job opportunities for new immigrants and that locals will be excited to try his native cuisine. "We want to share it with our community," he said. Red Panda is open Tuesday through Sunday for lunch and dinner.