Red Clover & the Hermit Thrush, We Get By 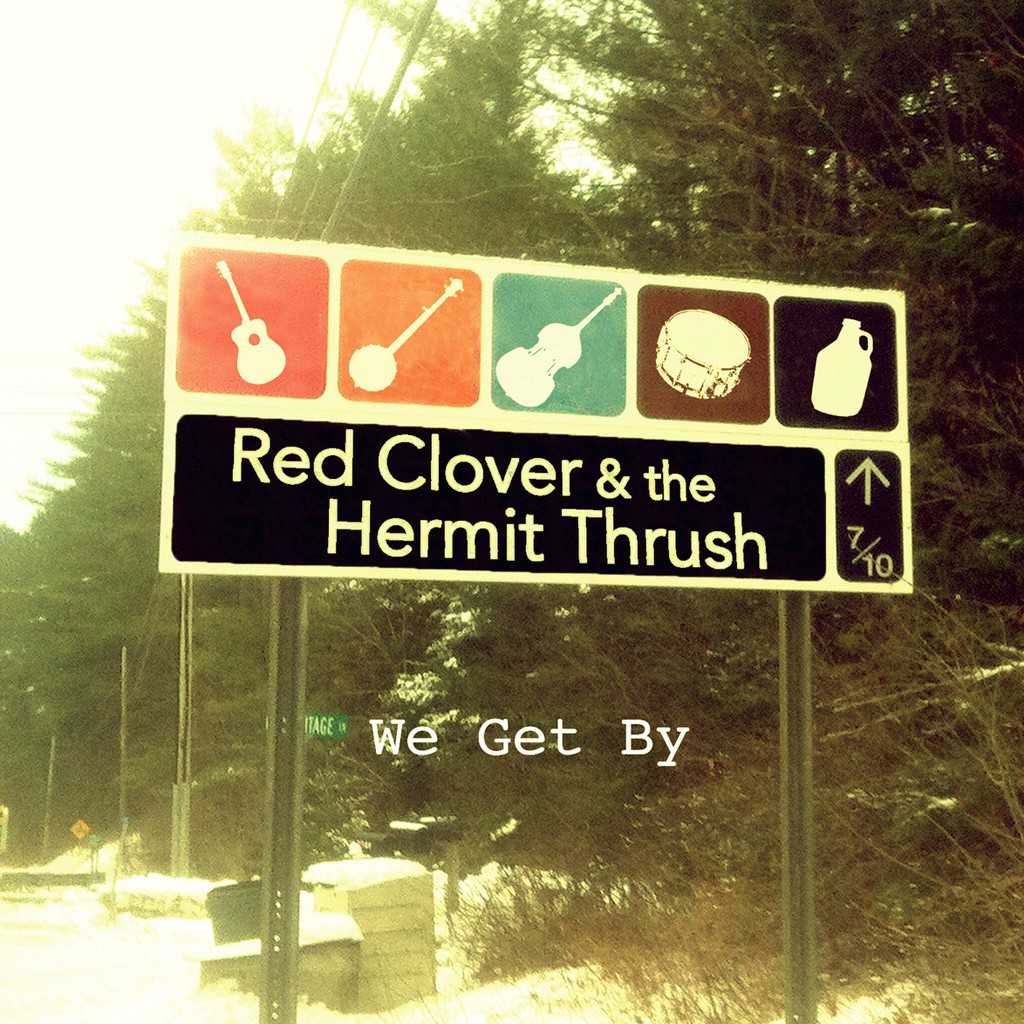 In August 2014, Burlington's Red Clover & the Hermit Thrush released their debut self-titled album, a lo-fi assemblage of bluegrass songs studded with punk attitude. Given the band's lineage, that fusion makes sense. With the exception of banjo player Chris True, the members of Red Clover were each in Y69, a local punk band that formed 13 years ago. You can hear that familiarity in the song structure and urgency of Red Clover's latest record, We Get By. A seamless continuation of their first release, the album is a fresh collection of seven So-Cal-flavored punk songs veiled in a bluegrass mask.

As on the band's first record, the songs here are threaded together by themes of alcohol, women and tired hearts. They bristle with intensity beneath the lo-fi hum of tape hiss.

"Ms. Fiona Lost Her Spot" opens We Get By with an extended, bouncy intro punctuated with punk, anthem-style yelling. The song builds a foundation for the remaining six songs — albeit a ramshackle one perhaps crafted with plywood and bent nails.

Vocalist and upright bassist Chris Gibbo sets a familiar scene on "Get Some More," surveying the end of the party when everything has been guzzled, including the cheap wine. "The beer is gone and the wine is, too," he sings. But the song is actually a tale of lost love and the hope she'll "come on back and get some more."

As a bassist, Gibbo plays with conviction, holding fast to drummer Greg Dusablon's consistent beats. For example, the title track begins with the thud of Dusablon's barely distinguishable kick drum. Locked in on the low end, Gibbo unleashes vocal fire, singing, "I try to tell my poor heart it needs a little rest." Here and throughout the record, Glenn Woytowich's electric guitar saws a rougher edge than on the band's previous release.

"It's Too Cold" begins with a vocal intro that pauses in the Operation Ivy fashion. When the band jumps in, Gibbo gripes about the cold realities of lonely Vermont nights. "It's too cold for walkin', come lay by my side," he sings. Laced with vocal howls and a general boozy wobbliness, it's an album highlight.

On "Trying to Catch My Fill," Gibbo explains certain coping mechanisms. "Cocaine, booze and pills, ever since you left me, I've been trying to catch my fill," he sings. Though barely more than 90 seconds long, the song's sing-along hooks and disheveled energy exemplify Red Clover's appeal in all their ragged glory.

"Sweet Sweet Mud" concludes We Get By on a slower turn. True's banjo picking is particularly notable here, adding a classic, down-home feel as Gibbo's raspy voice winds down, closing the record on a surprisingly sweet — if dirty — note.