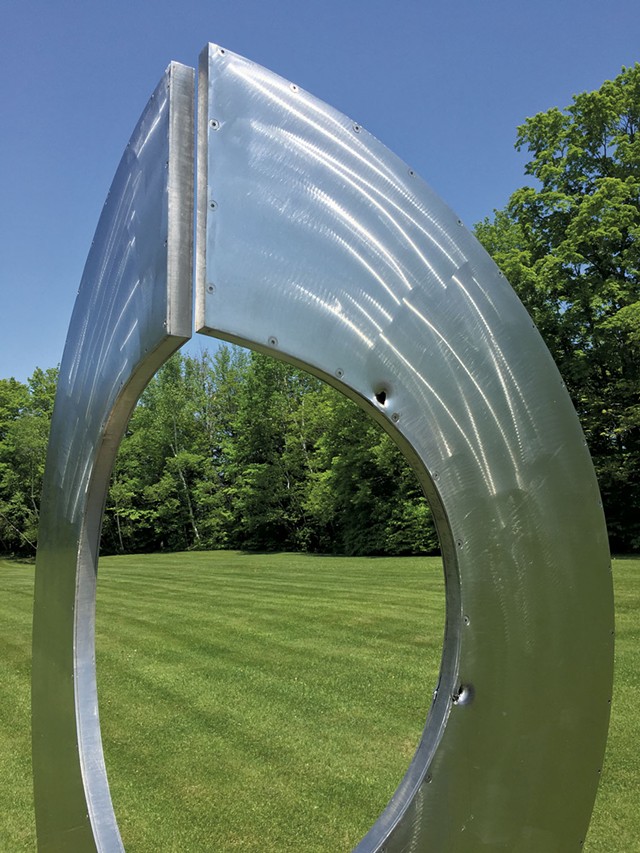 In 2014, when Wendell and June Anderson purchased their midcentury Waitsfield gem — a former art center they would rechristen the Bundy Modern — the property needed significant restoration. Envisioned as a contemporary retreat in the 1960s by its architect, Harlow Carpenter, it had once held a formidable collection of modernist sculptures by local and international artists.

Over the years, however, the building changed hands and purposes, and the outdoor works fell prey to vandalism; some were even used for target practice. Case in point: In 2016, Wendell recovered an "American period" work by Italian artist Colombo Manuelli — who exhibited at the Museum of Modern Art in 1967 — in the woods east of the gallery.

Since the Andersons took possession of the property, they have worked to reunite 15 of the site's original works. Now, thanks to their efforts, the Bundy is reemerging as a destination for enthusiasts of monumental outdoor sculpture — a reputation arguably enhanced by the allure of a salvage operation.

The gallery and sculpture park officially opened for the year on May 26. This season marks the first time visitors can view the recovered sculptures in their original locations, set beautifully against the Bundy's lush lawns and surrounding forest.

"Many of these haven't been seen in a long time," Wendell said last week on a tour of the property. Last fall, the Andersons relocated 12 of the 15 works from the Inn at Round Barn Farm; the couple coordinated this labor-intensive process with the Green Mountain Cultural Center and the Round Barn's current owners, Kim and Jim Donahue.

According to AnneMarie DeFreest, president of the GMCC, many of the Bundy sculptures were moved in the early '90s to the property of the nearby Round Barn, which was founded by her parents, Jack and Doreen Simko.

"[Harlow] Carpenter and my mom and dad were connected through their love and support of the arts," DeFreest said. She noted that this first relocation "was to bring the sculpture to a more actively public place for safekeeping and enjoyment." Officially, the works remain in the possession of the GMCC.

At one point, the GMCC had entertained the idea of installing the sculptures throughout Waitsfield village, facilitating a public art walk. But then the group learned that the Andersons were actively seeking and trying to rescue the works.

"Our board decided that the sculpture should move back to where it came [from]," DeFreest said. "A lot of those pieces were originally built for certain sites on the Bundy property."

Among the returned sculptures is a 20-foot-tall abstraction in corten steel. Late Vermont sculptor and University of Vermont art professor Paul Aschenbach created it in 1966. The records available to the Andersons and the GMCC indicate that the work was untitled. According to Wendell, however, Vermont sculptors Chris Curtis and John Matusz — the latter of whom has worked closely with Wendell on restoring certain works — insist that Aschenbach named this sculpture "Zeus."

The imposing piece is rusted, and one of its uppermost geometric forms has split apart. But the sky-reaching conglomeration of hard-edged shapes retains its grandeur, beckoning visitors to the back edge of the Bundy's lawn.

Artists from much farther away than Burlington created many of the now-returned sculptures, with Italian modernists notable among them. Mirroring the Aschenbach work in its diagonal across the property is Italian sculptor Fred Pallini's "Arch One," a 12-foot-tall, H-shaped structure completed in 1967. It is one of several pieces marked by bullet holes. Another Italian midcentury artist represented on the grounds is Dino Basaldella. 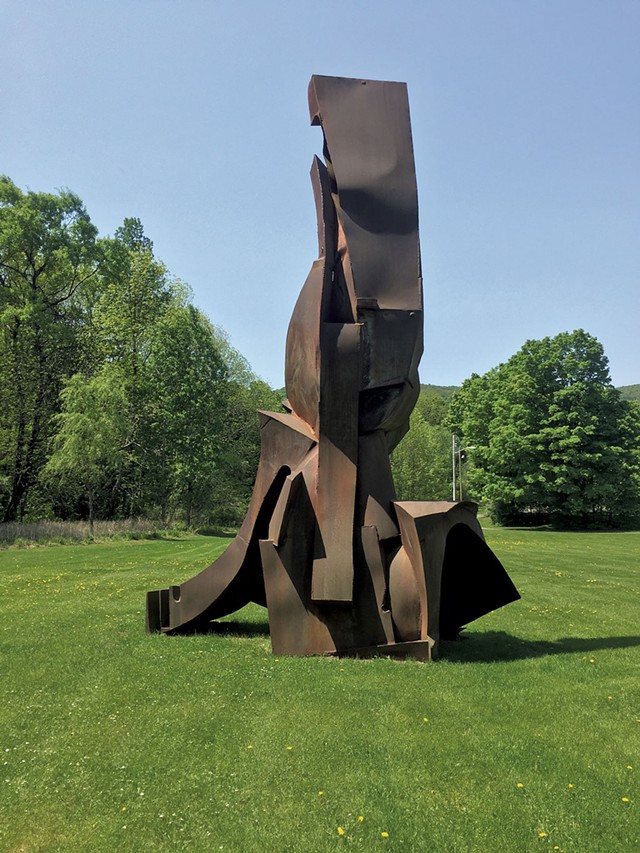 In re-relocating the sculptures, the Andersons followed their own aesthetic instincts. One of June's mandates, Wendell said, was Don't be so obvious all the time. In other words, the couple hopes to encourage visitors to wander the property and discover art.

To this end, they nestled Ivanhoë Fortier's 1962 "La Famille Sublunaire (The Sublunar Family)," an astonishing grouping of three spindly, robot-like forms, unassumingly within a birch grove.

The makers of four reclaimed works remain unknown. One of Wendell's personal favorites is listed as the creation of "artist unknown from Sedona."

The Andersons hope the restored park will attract visitors from in- and outside Vermont. Wendell delightedly remembered how David R. Collens, director and curator of New York's celebrated Storm King Art Center, suggested during a visit that the Bundy Modern was like "a mini Storm King."

For her part, DeFreest is pleased to see the sculptures returned to their original site. Because none of them is for sale, she added, the park has a feeling distinct from that of a commercial gallery.

"When you go up to the Bundy and you're outside on the grounds, you get to feel the soul of the artist and see the final place where their work [belongs], just to enjoy it," she observed. "There's something different about a permanent collection from the heart."

The original print version of this article was headlined "Recovered, Restored and Returned Artworks Expand the Bundy Modern's Sculpture Park"