The hours-long recount awarded Gulick 3,948 votes to Mahnke's 3,944, widening her margin of victory from the two votes reported on election night to four. Unofficial totals from the August 9 Democratic primary showed Gulick with 3,949 votes and Mahnke with 3,947. Both are Burlington residents.

Related Two Votes Down, Mahnke Will Call for Recount in Chittenden Senate Race

Two Votes Down, Mahnke Will Call for Recount in Chittenden Senate Race
By Courtney Lamdin
Politics
Gulick, who stayed at the Chittenden County Superior Court — Civil Division in Burlington for the duration of the count, was visibly relieved when it concluded.

"I'm really glad that it's over. It was interesting to watch the process, and I have faith in the process," she said. "A weight has been lifted."


On Friday, Mahnke said he was considering filing a motion to ask a judge to examine the 20 or so "defective" ballots that weren't included in the recount.

But on Monday, Mahnke released a statement saying he had decided not to pursue the matter and had called to congratulate Gulick on her win.

"This has been a tough loss, but I am confident in the recount results," Mahnke's statement said. "Vermont is at a critical juncture and faces enormous challenges, from affordable housing and economic inequality to climate change and racial and social justice. I wish [Gulick] the best in helping Chittenden County and our entire brave little state face those challenges."

The recount solidifies the slate in the running for the three-seat district ahead of the November general election. Sen. Phil Baruth (D/P-Chittenden) and Rep. Tanya Vyhovsky (P/D-Essex Town), won Democratic nominations, while Infinite Culcleasure of Burlington, a former Queen City mayoral candidate, is running as an independent. There are no Republicans in the race. 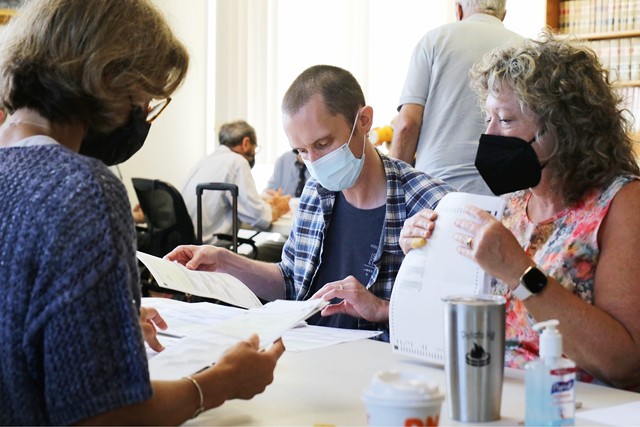 Chittenden Central is one of three new senatorial districts created in the latest round of redistricting. The area comprises Winooski, the northern end of Burlington, the southern part of Colchester, plus parts of Essex City and Essex Town.

Friday's recount started just after 9 a.m., when officials removed the Progressive and Republican ballots from the stack. Both Gulick and Mahnke had a team of 10 volunteers sort the remaining Democratic ballots into piles of 50, then tally the votes for each candidate. The totals were double-checked before being run through a tabulator.

One additional ballot from Burlington that wasn't counted on election night was added to Friday's total. After voting ended on August 9, city election officials found the ballot in an envelope for walk-in absentee ballots from Ward 4. On Friday, it went for Mahnke, Franco said.

The process wrapped up just before 3 p.m. Chittenden County clerk Anne Williams congratulated the volunteers for finishing what she said was one of the faster recounts she's overseen. The room erupted into applause.