Looking for Live Music in Burlington? Here's Where to Go 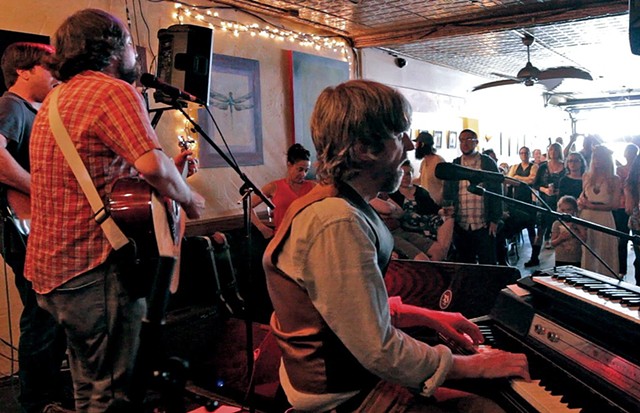 The hippest joint in the Onion City has the most consistently excellent lineup of local, regional and national indie music this side — or that side, really — of the Winooski River. The Monkey also features a sneaky-good selection of craft beers, as well as ginormous barstools to really kick back in. The bar is often 18+, especially during the week. And, on weekend mornings, it serves as the de facto waiting room for brunchers at neighboring Sneakers Bistro — many of whom likely earned their hangovers here the night before.

Though small in stature, the Bean is the beating heart of the local music scene. The eclectic hipster haunt is a musical melting pot and a proving ground for Burlington's brightest up-and-coming talent.

Bands play almost nightly at this hip club and its adjacent alley. DJs spin after midnight most nights. Check out the Red Square Blue Room for bumping EDM on the weekends.

The unassuming bar adjacent to Mr. Mikes Pizza serves a surprisingly good selection of local bands and DJs, along with some 20 craft beers and fun cocktails.

Folk music and crêpes — what's not to love? Get some of each most Thursday through Saturday nights. And catch the comedy showcase every Monday.