Recipes to Make the Most of Vermont's Squash Harvest

Drive by almost any roadside farm these days, and you'll see orange pumpkins curing in the fields or harvested and piled in rustic wooden bins. Eager children paw through them, searching for the perfect one to carve.

Pumpkins may make ideal Halloween décor and delicious pies, but for many serious cooks, the ubiquitous fall squashes — and their best-known cousins, butternut and acorn squash — are just a starting point. For my part, after years of professional cooking, I'll only use those types of squash as a last resort.

By way of comparison, consider the Granny Smith. It's a good apple for shipping around the country, but its one-note sourness has nothing on the complex flavors of heirloom apples with odd names, such as Esopus Spitzenburg and Ashmead's Kernel.

Same goes for squash. The common pumpkin's flavor can't hold a candle to that of the many delicious and distinctive squash that grow in Vermont fields, such as buttercup, blue Hubbard, red kuri, delicata and sweet dumpling.

To give you a taste, we created recipes using three of those squash varieties — which sport dense, sweet flesh and sometimes flavors of chestnut or spices. Granted, all these recipes will work with pretty much any winter squash. If you find yourself with a bland one, adjust your seasonings accordingly.

And follow some basic rules to ease your time in the kitchen. First, get a really good vegetable peeler. Few culinary tasks are less pleasant than trying to take the thick, robust skin off a stubborn squash using a wimpy, old or dull tool. Second, if a recipe calls for peeling a squash, don't choose one of the rumply ones with lots of striations. Plenty of smooth-skinned varieties will serve you better.

Finally, when in doubt, roast. Roasting, especially at higher temperatures — I'm a big fan of 425 degrees — will caramelize the squashes' sugars and cause water to evaporate, concentrating flavor. Happy autumn!

Notes: All recipes are made using kosher salt. If you use table salt or fine sea salt, you will need to reduce the amount. I use sunflower oil because it tastes wonderful, and several local versions are available. 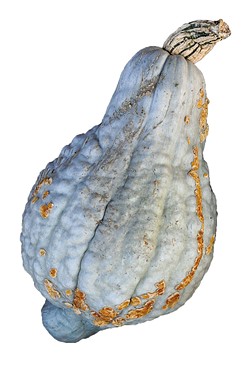 For the bread cubes:

For the strained yogurt*:

For the roasted squash:

For the Brussels sprouts:

*If you prefer, you can use any type of fresh cheese in place of the strained yogurt. 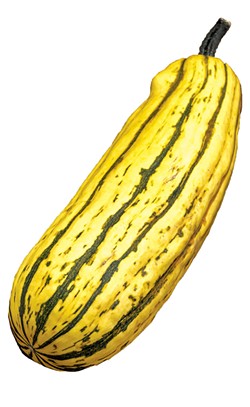 For the caramelized-onion vinaigrette:

For the roasted squash with Parmesan:

The original print version of this article was headlined "Playing Squash"