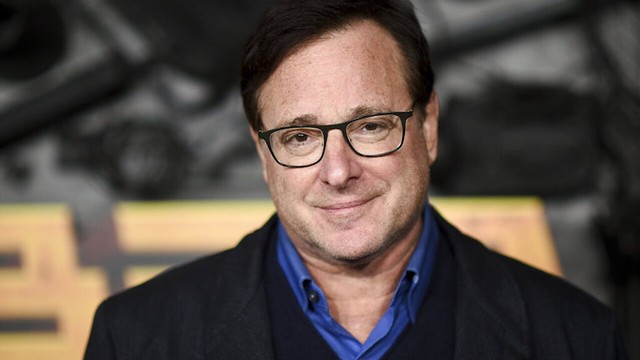 Beloved comedian and actor Bob Saget passed away on January 9 while on tour in Orlando, Florida. The death of the 65-year-old star of shows such as "Full House" and "America's Funniest Home Videos" triggered an outpouring of condolences and recollections on social media. One such story that captured widespread attention was Guster drummer Brian Rosenworcel's recounting of a 2007 encounter with Saget.

In a Twitter thread posted shortly after Saget's death, Rosenworcel recalled Guster playing at the Boston Opera House on the same night when the comedian had sold out the Orpheum Theatre down the street.

Our moment with Saget is one of my favorite band stories of all time. 💔 https://t.co/ypdLi4Xgxw

"The Saget story is definitely one of my favorite road stories," Miller said. "For one, it was a classic case of us trying something dumb, but it actually worked out. For another, there's multiple punch lines." The whole plan started with a conversation between the band and Saget's management. Then the band made a giant, handmade banner one might see at a high school pep rally. They planned to whip the crowd into a frenzy, chanting Saget's name until he burst through triumphantly.

The only catch was that no one told guitarist Adam Gardner about the plan.

"Really, the whole bit was more of a practical joke on Adam than anything else," Miller admitted.

The rest of the band led Gardner to believe that their drum tech would burst through the banner. Rightly concerned that the joke would fall flat with the audience, Gardner was less than amused. In a video of the event, his displeasure is easy to see as his bandmates lead the crowd, calling for Saget to appear.
"If you see that video, I'm watching Adam the whole time," Miller said, laughing almost maniacally. "He was so mad! But when Saget actually burst through, everyone went nuts. We had just brought out this beloved creature from their childhood."

Guster Return With Shelburne Museum Show
By Chris Farnsworth
Live Culture
Miller's favorite part of the story didn't happen until years later, however, when he saw Saget at a party in Hollywood. After a moment of hesitation, Miller said, he thought, "Oh shit. I have to talk to him about that show."

So he approached the comedian and asked if he recalled jumping through a banner at a concert in 2007.

Saget's mouth dropped open before he told Miller that he did indeed recall the show and that he considered it one of the most surreal experiences of his life.

"I had never really thought about it from his perspective," Miller said. "Here he is onstage at a comedy club. Someone picks him up in a car, then drops him off at a theater, where 3,000 people are chanting his name. He busts through a banner to thunderous applause, then gets back in the car and is whisked away."

Guster have always had an anything-goes rapport with their fans — touring with comedians, opening for themselves as a fake jam band called Trippin' Balls — and Miller believes that sense of humor is integral to the band's existence and growth.

"We've been a band for a long time," Miller said. "So we need to keep our crowd on their toes, even if that means trying stupid stuff sometimes. If it works, our fans will remember it, and with this, they have."

To Miller, what he and Rosenworcel are doing by sharing the story is akin to being at an Irish wake and joining in on a chorus of stories about the recently departed.

"It was one of those moments where everybody won, you know?" Miller said. "Bob had this surreal moment, and we had an incredible moment with the audience and Adam. Those are the best kinds of laughs."