Ready or Not: Is Gentrification Inevitable in Burlington's Old North End? 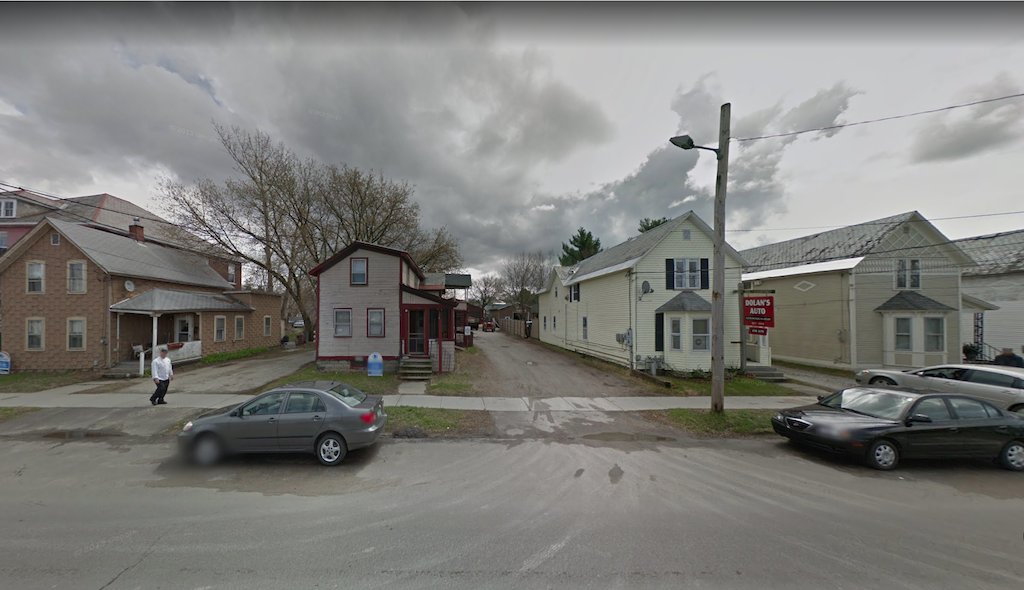 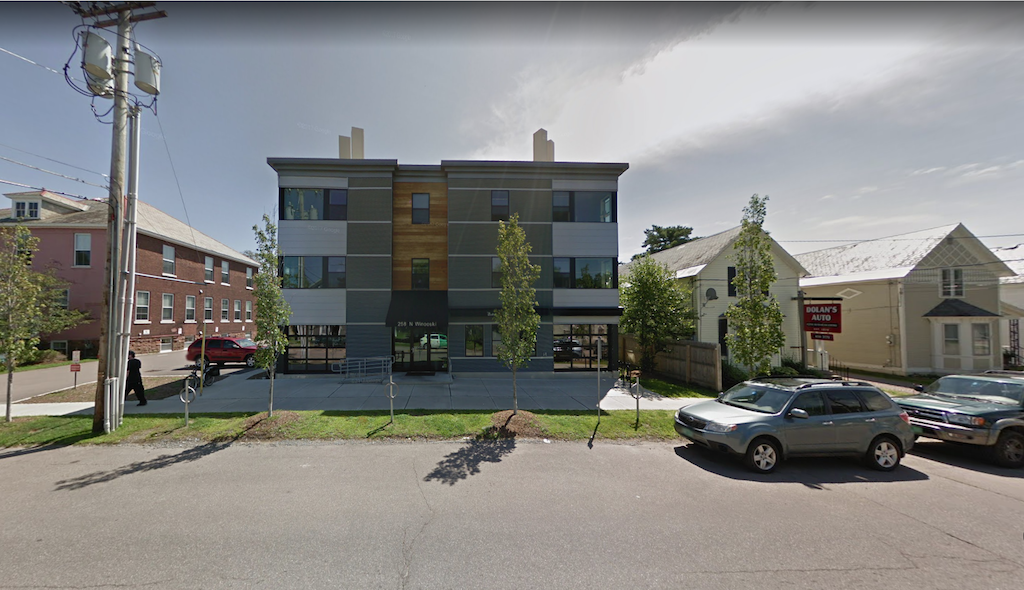 When Jessica Bunce purchased Panadero Bakery in 2010, she became one of a few restaurateurs making a go of it in the largely residential Old North End.

"Are you sure you want to do it there?" she remembered her friends asking, out of concern that the neighborhood's crime rate would hurt business. Instead, the bright yellow building on North Winooski Avenue, rebranded Barrio Bakery & Café, has become the epicenter of a transformed neighborhood just north of Burlington's downtown.

A few years later, the hip, casual eatery Butch + Babe's started serving fusion fare. Then Drifter's restaurant and bar, with its small plates and craft beer, replaced the pay-what-you-please Psychedelicatessen. Knead Bakery, which will serve vegan food, is scheduled to open this month.

The development group Redstone knocked down a North Winooski landmark, QTee's convenience store and ice cream shop, in 2014 to make way for a sleek apartment complex that houses a yoga studio on the first floor. 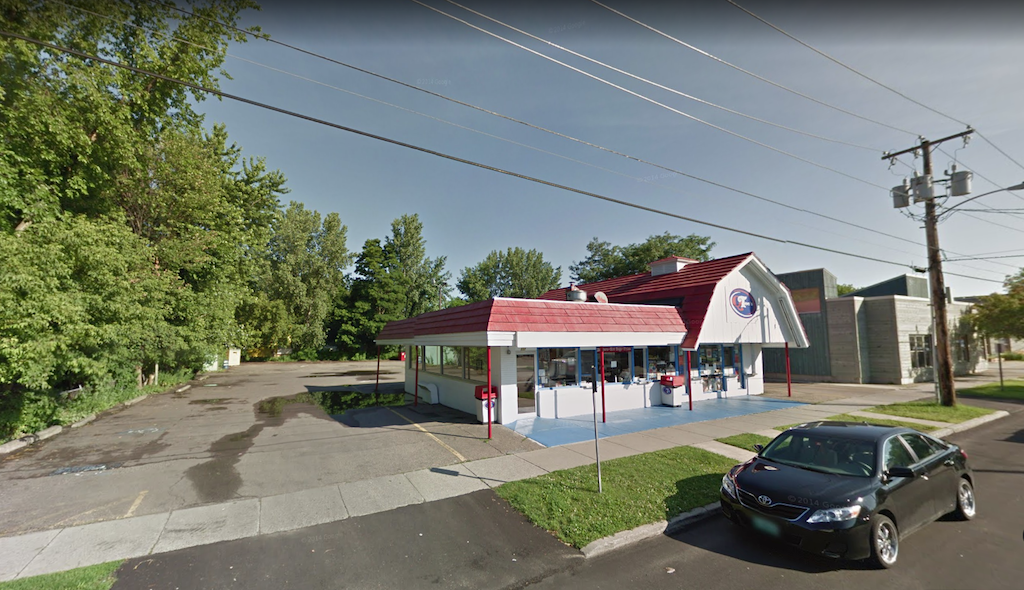 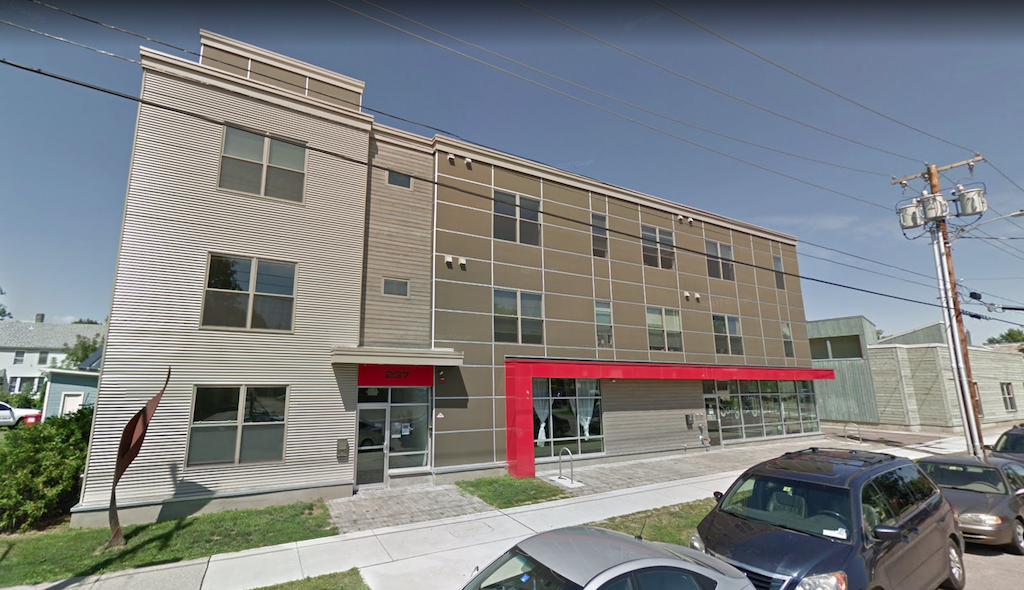 Are those people being forced out of the area? Views among residents differ. But according to a Seven Days analysis of U.S. Census Bureau data from 2010 to 2016, increasing housing costs, rising incomes and a better-educated populace — coupled with a decrease in poverty and crime — make the traditionally blue-collar enclave ripe for gentrification.

Emily Harrington, 23, said she moved to the neighborhood last fall for its ethnic diversity and artsy vibe. She likes it enough to commute to her job at Middlebury College, Harrington explained on a snowy January morning at Barrio, where young adults sipped $4.20 chai lattes and typed away on their laptops.

The white, college-educated Rhode Island native acknowledged that people like her might be changing the character of the place. Harrington connected with "different music and art collectives directly tied to the Old North End," she said. "It's community."

The census divides the Old North End into four tracts, two of which are fully contained within its official boundaries. In the tract that covers the southwest corner — the area enclosed by North and North Winooski avenues, and Pearl and North streets — the number of people living in poverty decreased from 42 percent to 34 percent between 2010 and 2016. Poverty rose slightly in the city as a whole during that period.

Median household incomes in the same tract also rose by 23 percent — a rate that was 4 percent higher than the citywide increase. The number of college-educated residents has also risen from 30 to 39 percent, according to census data. Some parts of the neighborhood have seen a 40 percent decline in crime during the past five years, city-kept data show.

Such trends likely reflect an influx of wealthier residents — meaning that some lower-income Old North Enders could be priced out. "A lot of people can't access the things that are happening here," said Jen Berger, who has lived on Decatur Street since 2006.

Gentrification "happens when people who move out are replaced by households that look different demographically," said Maura Collins, deputy director of the Vermont Housing Finance Agency, who has also conducted studies on the phenomenon.

That shift is controversial in a part of Burlington that is celebrated for its diversity and inclusion. Not surprisingly, gentrification has become a campaign issue in the lead-up to the city's March mayoral election.

"It was well under way when I came into office six years ago," asserted Mayor Miro Weinberger. He blames the city's overall housing shortage — of both affordable and market-rate units — for the squeeze, citing a 2014 housing strategy report that found Burlingtonians spent 44 percent of their income on rent.

But change is on the way, Weinberger promised: "As a result of our policy of prioritizing new housing for people of all income levels and ages and backgrounds, I think we're finally making progress against our housing affordability and equity challenges."

The mayor's opponents aren't buying it.

Infinite Culcleasure, a candidate running as an independent, said that even the city's designated affordable units are out of reach for most low-income residents. "We need a more accurate picture of what it means to be affordable for Burlington residents," he said.

Mayoral candidate Carina Driscoll faulted Weinberger for building too many "luxury high-rise apartments" and vowed to focus on reducing inequality if elected. "We have to continue to ... help people find a way out of this cycle of generational poverty," she said.

The Progressive Party-endorsed Driscoll grew up hearing about the need for affordable housing. Her stepfather, Sen. Bernie Sanders (I-Vt.), created the Burlington Community Land Trust, now the Champlain Housing Trust, in 1984 to fend off gentrification in the Old North End.

In a video made by University of Vermont graduate students the following year, a narrator worried that the neighborhood was struggling to find "a balance between the traditions that made it strong and new forces which are beginning to change it." Old North Enders felt threatened "by Burlington's expanding downtown, by its need for more housing, by a proposed multimillion-dollar waterfront development."

Since 2014, seven apartment complexes have been built across the city, according to city assessor John Vickery. Four of those have been built in the Old North End, an area traditionally known for single-family homes and duplexes. Just one of those developments is affordable, a 40-unit housing co-op on Bright Street, where a two-bedroom apartment costs about $1,000 — less than 60 percent of what's considered market rate for a new unit.

The average cost of renting an apartment in Burlington has nearly doubled since 2005, according to Vickery. In the Old North End, a two-bedroom apartment that went for $800 per month a dozen years ago now costs closer to $1,275.

Bill Bissonette, a landlord who grew up in a blue-collar family in the Old North End, said he once rented almost all of his apartments primarily to low-income renters. Starting in 2010, when the state cut the number of Section 8 vouchers available to renters, Bissonette renovated his apartments and advertised them as market-rate units.

Now, he has more than 300 apartments in the Old North End, most of which are rented to students or young professionals. He has no trouble finding new tenants, even with a 40 percent turnover each year.

Erik Hoekstra, a managing partner at Redstone and a 15-year resident of the Old North End, said they're drawn to "a neighborhood that has street life and retail and vibrancy."

The slow but steady influx of higher-income residents poses one of the most pressing concerns for the area, said Tony Redington, who serves on the steering committee of the Old North End Neighborhood Planning Assembly.

"I think that gentrification is sort of a silent process," he said. "You really don't know it's there until it's arrived."

To many, the neighborhood looks just as it always has. It remains the most diverse section of the city, with a population that's more than a quarter nonwhite. In fact, the number of nonwhite residents increased by nearly 150 percent between 2010 and 2016.

City Council President Jane Knodell (P-Central District), a 30-year Old North End resident and a UVM professor of economics, doesn't believe the neighborhood is at risk of losing its character.

More unusual, according to Timsina: He's noticed a growing number of white customers as new housing and businesses have sprung up along the street.

"It's improving the neighborhood," said the local retailer. "The construction is good for me; people come for shopping."

"In any community, there are going to be benefits, of, dare I say, gentrification," she said. Stronger schools, better stores, safer streets — "those are good things."

"But," she added, "if that's only enjoyed by rich white people, that's a bad thing."

How We Did Our Analysis

To get a picture of the changing landscape of the Old North End, we analyzed data from the U.S. Census Bureau’s American Community Survey. Each year, the ACS publishes five-year estimates of key demographic metrics. These numbers average five years’ worth of survey data, so they’re slower to reflect recent demographic changes but offer a slightly more accurate picture than short-term estimates, as additional years of data help to offset aberrations caused by small sample sizes.

As of 2010, the census divided Chittenden County into 39 tracts, 11 of which are in Burlington. We compared tract-level and city-level numbers for Burlington in 2010 (which includes data going back to 2006) and the most recent year available, 2016 (which includes data going back to 2012). Though tract lines do not hew exactly to neighborhood boundaries, we looked at four tracts that fell partly within the Old North End — one of which, tract four, fell entirely within the neighborhood’s boundaries. For those tracts, we looked at population, poverty levels, median income, education levels and racial makeup, examining how those metrics compared to citywide numbers and to other census tracts across the county.