Randy Quaid Buys a Home on Randy Lane in Burlington 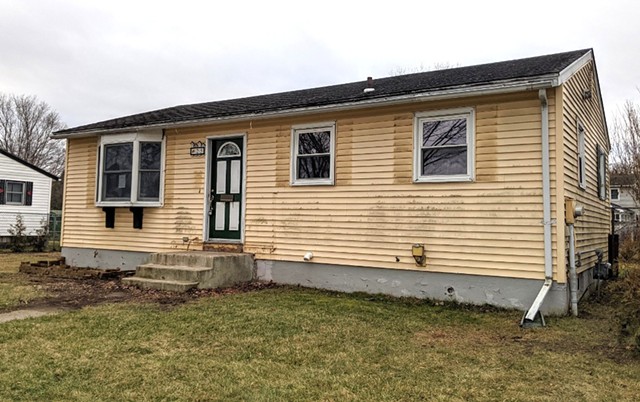 Actor Randy Quaid has purchased a home in Burlington — on Randy Lane, no less.

Evi Quaid told Seven Days on Monday that the home — at what she calls “25 Randy Quaid Lane” — will be a case study for a new real estate development project. The Quaids hope to purchase several homes on the same street and make them more energy efficient, she said.

“It’s going to be green, and we’re going to be using the local grid to make that happen,” Evi Quaid said in a voicemail. “Hopefully we’re gonna do something even more cutting-edge than people are doing today to make the suburbs of Burlington, one after another, 100 percent converted to energy efficiency.”

The Quaids already have a storied history in Vermont. They ended up in the Green Mountain State in 2015, five years after fleeing prosecution for allegedly squatting in a guesthouse at their former California home.

Fallen Star: Randy Quaid Seeks Refuge in Small-Town Vermont
By Mark Davis
Crime
The couple decamped to Canada and applied for asylum, fearing they were being targeted by a group of celebrity hunters called the Hollywood Star Whackers. Authorities approved Evi’s request for citizenship but rejected Randy’s, and in October 2015, the couple attempted to enter Vermont to avoid his deportation. Customs officials apprehended them at the Highgate border crossing. 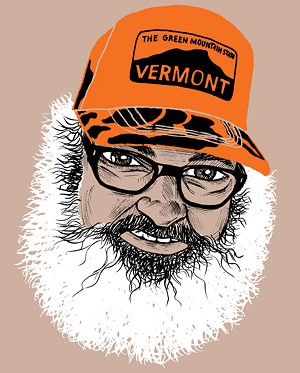 The Quaids were held in prison for six days, until a Vermont judge found flaws in their court paperwork from California and said they were free to go. The couple settled in Lincoln, though Evi said they're now living on a small Greek island. Paperwork filed with the City of Burlington listed a Middlebury post office box. No one answered the door on Monday when a Seven Days reporter stopped by the yellow Burlington home.

Evi Quaid, who was not available for a phone interview, described her plans in emails and text messages to Seven Days. The Quaids want to bring the 864-square-foot ranch, built in 1972, up to modern energy standards, with a goal of being carbon-neutral. She said the home will be insulated with pumice concrete, a lightweight material that's been used in construction for over 2,000 years.

Some exterior work, including the planting of several cedar hedges, has already begun on the property. The Quaids' building permit from the city describes the interior remodel as a total gut job: They'll install a new bathroom and kitchen, redo the basement, and remove several walls in the three-bedroom, one-bath home.

Evi said she's been inspired by two alumni of Middlebury College, where her late father was a longtime Russian professor. She said the former students were early adopters of energy-efficiency projects in the 1970s and that she wants to emulate their style, "but [with] 2022 tech to get it done."

Her husband is completely on board.

"Randy Quaid is a 70's cool person with the same attitude who gets it," she wrote. "It's been fun seeing my 70's husband interact with cool 70's Vermonters." 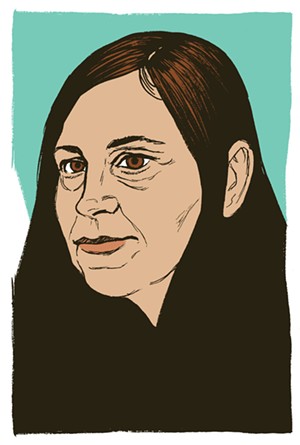 Randy, 72, has starred in more than 90 films, including Brokeback Mountain, Kingpin and Independence Day. His memorable turn as Cousin Eddie in Christmas Vacation included his most quotable line, delivered as he emptied an RV's holding tank: "Merry Christmas! Shitter was full!" In recent years, Quaid has become an unwavering — and outspoken — supporter of former president Donald Trump.

The Quaids' purchase has already caused some buzz in the neighborhood. Randy Lane resident Louie Manno posted the news on Facebook after his son told him a friend was doing work on the couple's property. Manno had confirmed the tip by looking up public zoning records and finding Evi's name on a building permit.

“It’s pretty exciting,” said Manno, a self-described Quaid fan who's lived on the street since 1989. “I mean, the man is an American icon.”

Another neighbor who didn’t want to be named said he’d never seen any of Quaid’s films and didn’t recognize the actor when he saw Quaid talking to contractors earlier this fall.

“He sort of looks like Papa Smurf,” the man said with a chuckle, referring to Quaid’s bushy white beard.

Will the neighbor watch Quaid’s movies now that he's seen the man in the flesh?

It's unclear whether the Quaids will take up residence on Randy Lane, flip it or rent it out. Randy Quaid would certainly make for an interesting landlord — especially if the plumbing backs up.