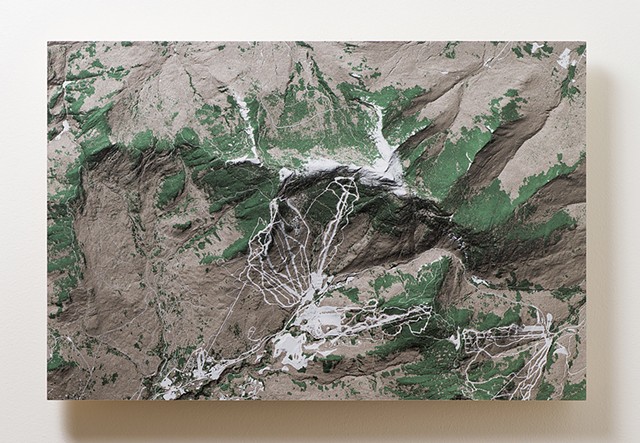 Most skiers recognize the telltale signs of a traditional ski mountain map: minuscule trees and gently shaded slopes rendered in pale colors like a vintage travel poster. Such maps and posters are go-to décor for powder hounds. When Mad River Glen launched a Kickstarter campaign by offering prints of its new map — hand-painted by national mapmaking icon James Niehues — the resort raised more than $120,000. The striking, painstakingly rendered map was released last month.

But Burlington's Matthew Parrilla, an avid backcountry skier, had a different vision for filling a blank wall in his house. A software developer by trade, Parrilla was excited about data available from the Vermont Center for Geographic Information of the state's Agency of Digital Services. The center provides geospatial data, including geographical elevation and the composition of the tree canopy.

Last winter, Parrilla used those data to create a map of Mount Mansfield and the Stowe Mountain Resort ski area. He used colors to indicate the ground covering — green for coniferous trees, brown for deciduous trees and white for open space. The effect is a simple, almost abstract image. Parrilla's map doesn't indicate trail markers, roads or parking lots, which are common on a conventional ski map. But thanks to an intricate level of detail, it does reveal where a skier might find thinner trees for glade skiing — or a secret powder stash. That same granular detail makes the map look three dimensional, even though it's printed flat.

A typical U.S. Geological Survey elevation map, the kind hikers often use, has about a 20-foot resolution. Using VCGI data, Parrilla can make a map at about a two-foot resolution. In layman's terms, that means his map is nine times more detailed than a USGS map.

The VCGI uses lidar data, collected by shooting lasers at the ground from an aircraft and measuring the reflections.

"It's really beautiful data," Parrilla said. And that data can make really beautiful maps. He posted his Stowe map to a few groups on Facebook and "got thousands and thousands" of viewers, he said, along with several folks who wanted maps of their own. That interest sparked an idea. 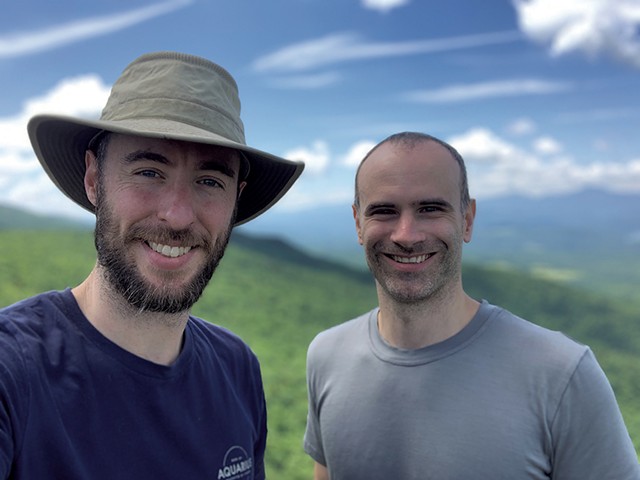 Parrilla had been planning to start a software company with his friend Brian Holdefehr, who had recently worked at Google. Instead, the two formed a company called Ramble Maps in February, based on Parrilla's Stowe map. They quickly developed more tricolor maps of Vermont peaks, followed by black-and-white maps of the Cascade Volcanoes and of entire states. The maps are available printed on aluminum, acrylic or wood and range in price from $250 to $1,300.

Ramble Maps launched just as the pandemic hit the U.S., and things were slow for a while. But Parrilla and Holdefehr said business has picked up through the summer. The company's customer base is national, and its most popular map is of Washington's Mount Rainier.

"It's interesting to see these wilder places free of labels." Brian Holdefehr tweet this

"I think it's interesting to see these wilder places free of labels, and just seeing the terrain for what it is, and not having as much of a human context," said Holdefehr, who currently lives in New Jersey. "It allows you to see some of the things that are normally a bit hidden, because either you're on the ground and you can't really get the perspective to really understand what's around you. Or in something like a satellite photo, it's often complicated, because of all the colors."

If they're working with a new data set, making a map might take a full day at the computer. Parrilla and Holdefehr work on image composure, adjust shadows and fix data irregularities.

"We spend a lot of time in Photoshop," Parrilla said. "The subtlety of the shading and the composition is what we spend the most time trying to get right."

Though the project started with mountains, Parrilla and Holdefehr have begun making state maps to appeal to customers living in places with no dramatic geologic features, such as mountains. 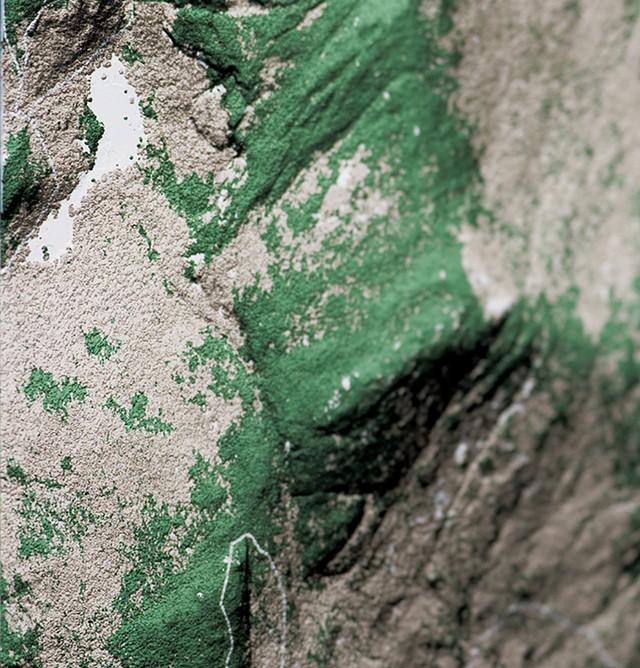 Some states don't have the detailed geographic data necessary to make a map of a small area. Take Montana, for example. Parrilla said he'd love to make a map of Glacier National Park, but available data isn't detailed enough to produce a map that will retain its high definition in a large print.

"It might be around 20 states where we've explored this high-resolution lidar data, and Vermont is probably the best in the country," Parrilla said.

Ramble Maps isn't just interested in mountains. It has produced black-and-white maps of rivers and lakes; cities, such as Salt Lake City and Memphis, Tenn.; national hiking trails; and even entire countries.

The popularity of a place doesn't necessarily dictate the popularity of a map. For instance, Yosemite National Park was the fifth-most-visited national park in 2019, but its Ramble Map isn't particularly popular, most likely, said Parrilla, because it's not geographically interesting from above — no recognizable peaks or singular features.

"It is one of the most geologically interesting. It only erupted 40 years ago, and you can see exactly how the top of the mountain blew off," he said. "You can see the lava fields coming down off the sides of it ... It describes an active volcano."

Though the Green Mountains may have started it all, Vermont maps aren't best sellers for Ramble Maps. But Parrilla has his Mount Mansfield map, and he hopes to see the maps of Vermont's peaks get more attention as time goes on.

"I hope to have created something that is a beautiful representation of this place I love," Parrilla said.