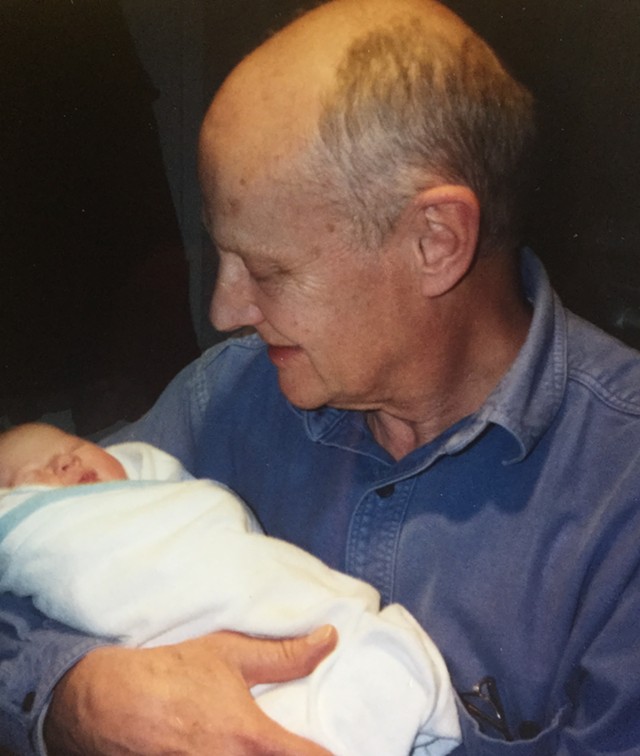 Ralph Stanley Colt Jr. passed away on January 10th 2016 after living with Alzheimer's Disease for several years. He died at his home in Jericho with family by his side.

Ralph served in the U.S. Navy for four years and worked at IBM for thirty-one years. He could speak German and enjoyed learning other languages. He loved to exercise and even ran a marathon. He played the piano and sang beautifully.

Ralph was a good man who loved his family above all else. He was born to parents Ralph and Jane on June 17th 1936. He married his first wife in 1963, a German Immigrant named Renate Pfeffer. Together they raised two daughters, first in New York and later in Vermont. After Renate passed away in 1984 Ralph continued to care for his daughters, and he also adopted a son. In 1988 he married Judy Duval of Jericho and together they raised four adopted sons and many foster children. He loved and cared for all his grandchildren. He baby-sat, attended school events, baked birthday cakes and cheered the loudest at hockey games and cross-country races. He shared his knowledge, humor, and music with anyone who might listen, just to make them happy.

He was kind, generous, patient, and helpful to all. In his illness he taught his family a lot about love and what is important. Ralph will be missed by his wife Judy; daughters Heidi Dally and Lisa MacCluskey; sons Rick Colt, Travis Duval, Colin Duval, and Chris Colt; all of their spouses; grandchildren Kylie, Lexie, Rayna, Annabelle, Casey, Molly, Travis Jr., Maximus, and Sebastian - all of Jericho and Essex. He will also be missed by his brother John and wife Marsha Colt of Colton, NY, and his beloved sister-in-law Jeanne Colt of Rochester, NY. A memorial service will be held at Essex Methodist Church on Friday January 15th at 4:00 pm. Arrangements are in the care of the Ready Funeral Home. To send online condolences, please visit cremationsocietycc.com