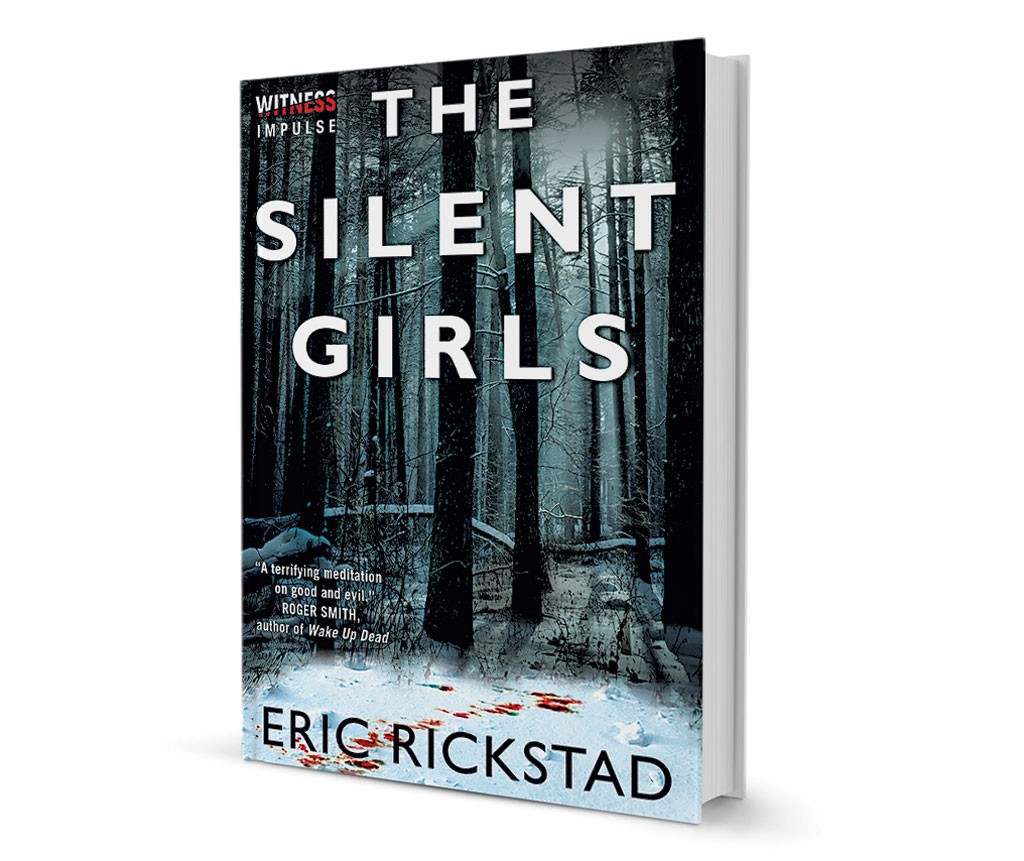 In 2000, Viking Penguin put out Eric Rickstad's debut novel, Reap, which probably ranks as the least Rockwellian coming-of-age tale ever set in Vermont. While the novel's prose was literary and its landscape descriptions impeccable, its lurid explosions of violence suggested that Rickstad might have a brighter future as a crime writer than as the next Howard Frank Mosher.

Now the Bennington County author has realized that promise with The Silent Girls, a psychological thriller released initially as an ebook by HarperCollins' Witness Impulse imprint. (A paperback will follow in January.) The novel is technically a mystery: The protagonist, Frank Rath, is an ex-cop and PI helping out an understaffed Northeast Kingdom police department. But Rickstad takes his plot to places where the gritty Vermont whodunits of Archer Mayor and Don Bredes seldom tread. There's an existential grimness here — and a touch of Stephen King.

Indeed, the novel's first chapter, set on Halloween in 1985, could easily function as a stand-alone horror story. After that freak-out of a teaser, the narrative jumps to present day. A 16-year-old emancipated minor has gone missing in tiny Canaan, her car abandoned on the road's shoulder.

Since the police chief's on vacation, and the lead detective has an awkward family connection to the case, Rath offers to investigate. But the search stirs up old fears about his own family — namely, his niece, Rachel, whom Rath has raised as a daughter. For the past 17 years, he's hidden from her the ugly truth about how she was orphaned, assuaging a guilty conscience with devotion to her well-being. Now that she's off to college, though, he worries he can't protect her.

Rath soon begins to suspect that the missing girl is connected to a string of others, one of whom has just been found dead. And the bizarre condition of her corpse suggests that the crime may have had motivations political, religious, fanatical or all three.

In its early chapters, The Silent Girls is a familiar kind of book: a meticulous procedural chock-full of local color. Rickstad shows his formidable descriptive talents as Rath questions people connected to the missing girl, discovering telling details such as "a metal storm door caved in from being slammed against the porch rail, perhaps by the savage mountain winds up here, perhaps by a savage temper."

Then the story gets pleasantly weird. Then positively out there — culminating in a climax that Thomas Harris could have plotted, complete with full-blown gothic motifs. And what follows that is far from sedate aftermath.

Rath's all-encompassing preoccupation with evil and innocence drives The Silent Girls: It reminded me of Tightrope, the 1984 movie where Clint Eastwood plays a cop obsessed with protecting his daughters from the dark perversions he sees everywhere. "What bloody, evil thumbprint might have been pressed into Rachel's soul?" Rath wonders in one unusually purple passage, contemplating his daughter's fondness for horror movies. "What demonic sound track recorded in the coils of her brain?"

Rickstad gives Rath an intriguingly ambiguous moment when he wonders if the criminal he's pursuing might have something in common with him: the willingness to kill to preserve a certain vision of innocence. For the most part, though, Rath is the closest the novel has to a moral compass, and it bears out his view of the world as a nest of depravity. "Death lurked everywhere. Death was alive and well," the narrator muses at one point; a page later, a campus road is "a rapist's fantasy." Nowhere is safe for young women in this novel — and their desire for independence sends them straight into the jaws of danger.

Another strong perspective might have offered relief from this bleakness. But, while the novel is told in third person, the other characters whose minds we explore tend to echo Rath's views or recede quickly from the narrative.

Whatever one thinks of its pulpier elements, The Silent Girls is a compulsively readable novel whose language is as creatively wrought as its plot twists. Rickstad certainly isn't the first writer to explore the dark shadows of the Green Mountains. But it's hard not to share the glee with which he debunks the illusions that tourists harbor as they drive the NEK's byways: "Here, the air was sweeter. Here, they were alive. Safe."

Little do those leaf peepers know that one of the New York Times' Top 10 Foliage Drives is "known to locals as Murder Road" and marred by a residue of human blood: "a dark smear like that left by a deer mauled by a logging truck." That image is Rickstad's pitch-black vision in a nutshell.