Quick Lit: The Consequence of Gesture 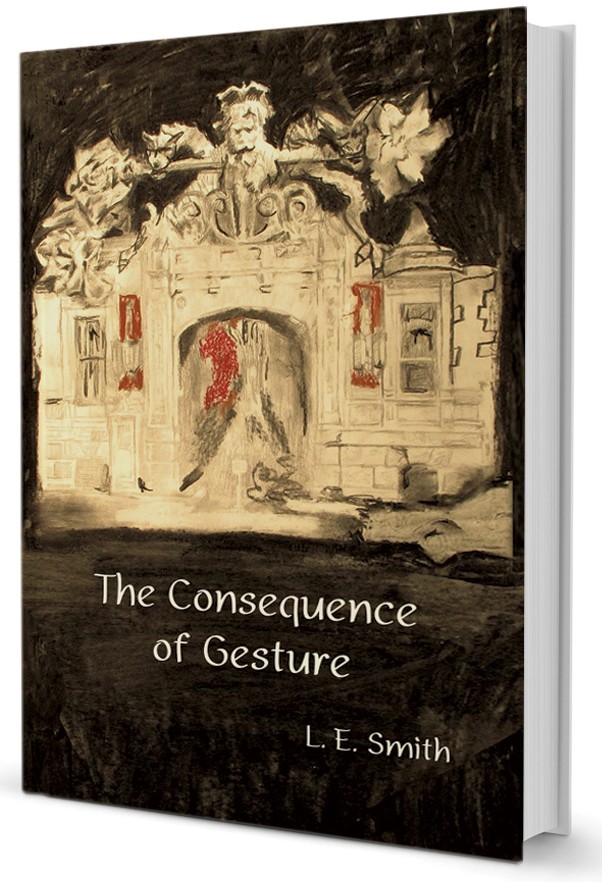 On his way to shoot John Lennon in December 1980, Mark David Chapman stops to sit under a tree. Lennon himself once "courted the sentiments of this ancient tree" by meditating beneath it. But the beech, a survivor of the harsh urbanscape, couldn't care less about the icon or his soon-to-be assassin. As Chapman strides toward the Dakota, "The beech considered sending telepathic warnings to John Lennon, but gave in to its indifference and decided instead to attend another century in profound silence."

This bizarre bit of fictionalized history comes from The Consequence of Gesture, the new novel from Brookfield author L.E. Smith. Published by Burlington's Fomite Press, the book is narrated by Mason Fisher, a successful artist living in present-day Colombia who claims to have "assisted in the murder of John Lennon" — and personally defaced an Andy Warhol painting at the Met.

How? Why? Mason takes us back to 1980, when he and a group of like-minded intellectuals frequented an Amsterdam Avenue café to plot bold gestures of iconoclasm, hoping to make a better world by destroying the things they most loved. There they met Chapman, whose stated intentions toward Lennon seemed to fit right in. No one took him seriously until it was too late.

As in his previous, Burlington-set novel, Travers' Inferno, Smith uses his command of language to paint a whole era and social canvas with brilliant, assured brush-strokes. His 1980 New York is haunted by the ideals of the '60s and spasming to the new rhythms of punk. "His thoughts made too much noise," Smith writes, describing Mason's first view of Chapman. "They whirled like fragments of indecision inside that tangle of hands."

As a narrative, Consequence is less successful; just when the plot is beginning to move and the characters to feel real, we're swept into another eddy of dense backstory or description. Moreover, Mason is both a biased first-person narrator and a seemingly omniscient one (he narrates events where he wasn't present), which sets up a tension around the tale's level of veracity that Smith never resolves. If Mason has a motive to fabricate, say, Chapman's pause under the tree, we don't discover it. He alternates for no clear purpose between being a character proper and an author surrogate.

Of course, veracity of any sort isn't what we seek from a story where a beech tree considers saving Lennon from Chapman's bullets. While Smith's novel would have benefited from more rigorous editing and shaping, it's undeniably a wild, creative ride.